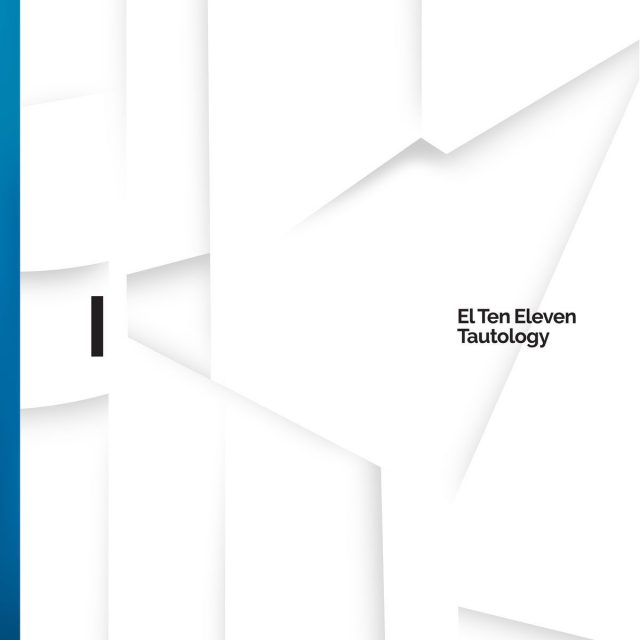 El Ten Eleven have never played by the numbers. And they’re not about to start now. Tautology I, as its title suggests, is the start of something big and bold: A three-stage concept album about life, aging and death, as reflected in the sonic creations of the long-running California post-rock duo that co-stars guitarist and bassist Kristian Dunn and drummer Tim Fogarty. This six-track opener attempts to represent the passion and drama of youth and young manhood with its muscular propulsion, heavier riffs and knotty guitars. Fair enough. Thankfully, you don’t have to get back in touch with your inner teenager to appreciate the blend of power, precision and artistry on display. If the other two volumes due over the course of the summer are equally thoughtful and fully realized, theirs will be a life well lived. And well scored.

THE PRESS RELEASE: “Experiencing an unexpected tragedy or loss often provokes a period of self-reflection, a time to contemplate one’s own place and purpose in the world. That was true for El Ten Eleven’s Kristian Dunn. When a beloved family member passed, Dunn found his own reflections on life emerging in the music he composed. Those expressions led to the creation of Tautology — a sonic meditation on the arc of human life, composed in three parts. Over the course of three discs, Tautology is, in Dunn’s words, “a representation of life from the teenage years, through middle-age, until the end of life.” The sounds on the album echo Dunn’s own experiences, veering from aggressive metallic riffs to blissful ambient soundscapes. And while there are shared melodies and harmonies through all three records, each one has its own distinct qualities: The music on the first disc, Tautology I, has a heavier sound that might surprise longtime El Ten Eleven fans. “I wanted to represent what my teenage years were like, when I was full of testosterone and depression,” says Dunn. “When you’re a teenager everything feels so grandiose and dramatic.” The album’s second movement, Tautology II, reflects Dunn’s current state. “I’m middle-aged now, and this is the happiest I’ve ever been. I think that comes across in the music. This record is the one that sounds the most like the El Ten Eleven people are used to.” For the final chapter, Tautology III, Dunn composed a transcendent set of ethereal music inspired partly by the loss of a dear family member. “I don’t know what it’s like to be elderly. But my grandmother-in-law Frances McMaster was a very inspiring person. She died recently, and I was thinking about her a lot. She was really smart. She lived into her early 90s and she wrote her fourth book when she was 88. I’d like to be like her if I make it to that age.” Tautology is not a typical rock album, and El Ten Eleven are not a typical rock band. For 17 years the instrumental duo of Dunn (bass/guitar) and Tim Fogarty (drums) have flourished outside the accepted norms of rock orthodoxy, releasing eight full length albums and four EPs, and performing over 750 live shows. Utilizing inventive arrangements and a masterful use of looping, El Ten Eleven create a sound much bigger than the sum of its parts. Most first-timers to an El Ten Eleven show are stunned that the band is a duo. It’s a refreshing sight and a palette whose boundaries the band have explored for unexpected additions to their sound. Tautology finds Dunn and Fogarty pushing this sound into new territory, experimenting with a range of textures not heard on previous El Ten Eleven releases.”