Parlor Snakes serenade you, Bison Machine sail the seas, Dan Luke and the Raid work blue and more this week. I didn’t have time to write about these albums, but I gave them a quick scan and liked what I heard. Check them out below, along with quotes from their press releases. I’ve included Bandcamp links where possible so you can buy the music straight from the source — assuming you like what you hear too. 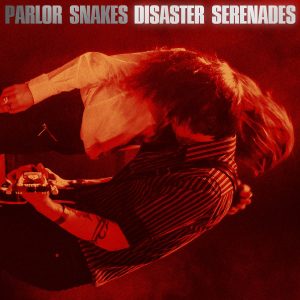 THE PRESS RELEASE: “Some albums are born in between seasons, when things are fragile but regenerating with strength. Recorded in Paris, Eugénie Alquezar and Peter K’s Disaster Serenades are a summit of darkness, an eminently nocturnal album that will keep spinning on the record deck on sleepless nights of love debacle. An aristocratic rock ‘n’ roll, freed and hand crafted, but generous with raw power, and dangerous tensions. Some evoked Polly Jean Harvey, The Pretenders or Karen O in an attempt to establish a comparison but let’s rejoice because Eugénie and Peter rekindle Die Haut’s surly efficiency. It’s not garage, it’s not pop, it’s not punk, but all that combined to an explosive and sensual effect. With the asset of a singer with a versatile and intense voice.” 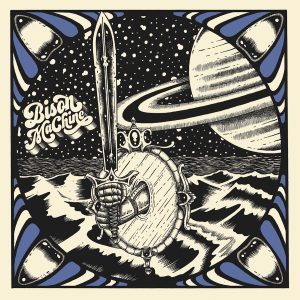 THE PRESS RELEASE: “Bison Machine ply their trade in the dank vinyl-smelling basements of Detroit, Michigan, the birthplace of a rock tradition for brashness and all-in physicality to music that the group lovingly upholds. You can tap any number of classic influences you want — Zeppelin, Sabbath, Captain Beyond, MC5, blah blah blah — but it’s still not going to give you a sense of the force that Bison Machine bring to their delivery, live or in the studio. Seas of Titan is a record years in the making. Since getting their start in early 2015 with the massively well-received Hoarfrost, the four-piece have spent time putting out material in drips and drabs — a video here, a split there — all the while honing their craft on stages throughout the greater Midwest and beyond. This has all been in the name of chipping away at the marble that would become an awaited sophomore outing, a long-player from a band whose reputation already precedes them among the converted and who leave nothing unsaid in their sweating-blood approach to rock and roll. Progressive and intense, Bison Machine meld the best of classic heavy rock with a forward-thinking style that is as much class as it is likely to show up in a loincloth. Rooted now in Hamtramck, MI, the band are hungry to the point of starving and bring a spirit to their latest work that serves to remind why they made guitars electric in the first place.” 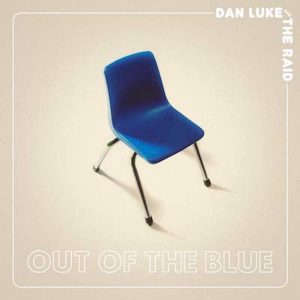 Dan Luke & The Raid
Out Of The Blue

THE PRESS RELEASE: “It’s like a coming-of-age crisis,” says Daniel Shultz about Out Of The Blue, the messy and melodic debut album from his band, Dan Luke and The Raid. “It’s about being in that space in your 20s where you’re trying to get your shit together and figure things out in life. You’re dealing with your problems” — the singer, songwriter and guitarist pauses — “even as you’re going out and partying and getting into trouble all the time.” Shultz and his bandmates know a thing or two about the last part of that equation, as evidenced by the songs and subject matter on Out Of The Blue. Throughout the album’s 10 tracks, people are passed out on curbs under neon signs (Black Cat Heavy Metal), breaking hearts over rolled-up dollar bills (Exoskeleton), leaving baggies lying in passenger seats (Money Mouth) and faking smiles and feeling ashamed (Golden Age). Legs are bleeding, faces are numb and Shultz declares his band to be the “diamond kings of smut.” All the while, the music throbs and pulses and twitches and buzzes with the energy and enthusiasm and inexperience of youth, bursting with harsh, distorted guitar chords, blown-out synths squiggles and hopped-up rhythms — as well as, on occasion, moments of stunning and sincere melodic beauty. With the weight and experience of events that have been at times joyful and sad, poignant and puerile, triumphant and tragic, Dan Luke and The Raid continue to carve out their future, one musical moment at a time.” FYI: His brother is in Cage the Elephant. 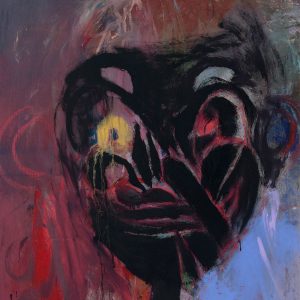 THE PRESS RELEASE: “Rebirth takes place when everything falls apart. DIIV — Zachary Cole Smith [lead vocals, guitar], Andrew Bailey [guitar], Colin Caulfield [vocals, bass], and Ben Newman [drums] — craft the soundtrack to personal resurrection under the heavy weight of metallic catharsis upheld by robust guitars and vocal tension that almost snaps, but never quite… The same could be said of the journey these four musicians underwent to get to their third full-length album, Deceiver. Out of lies, fractured friendships, and broken promises, clarity would be found. “I’ve known everyone in the band for ten years plus separately and together as DIIV for at least the past five years,” says Cole. “On Deceiver, I’m talking about working for the relationships in my life, repairing them, and accepting responsibility for the places I’ve failed them. I had to re-approach the band. It wasn’t restarting from a clean slate, but it was a new beginning. It took time — as it did with everybody else in my life — but we all grew together and learned how to communicate and collaborate.” 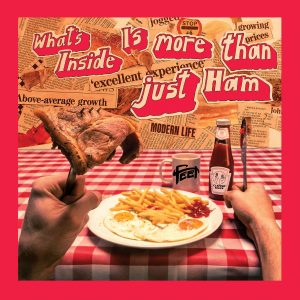 Feet
What’s Inside Is More Than Just Ham

THE PRESS RELEASE: “The album is the result of sessions where Feet were joined by producer Cam Blackwood (Jamie T, London Grammar, Billie Marten etc) in the studio and later mixed by Alan Moulder (Foals, Interpol, Beach House). Experimentation was integral to the process, from singing about the unpredictability of the humble hot dog (which is where the album title stems from), to stepping out of their comfort zone & relinquishing traditional song structures. “Going into a first album, you don’t have any prior intentions, you just pack the car with cathartic autobiographies, some Carling, and if you’ve not been dropped by your management after a month, you’ve had a result,” said Feet. “Without any real sense of direction of scope, the album became really a reflection of the 8 or 9 months we spent moving from place to place writing the fucker. You doss about with each other for the majority of a year, something’s bound to happen, something to write about, and fortunately it did. And that’s the album. But that doesn’t sound very cool. It’s about drugs”. 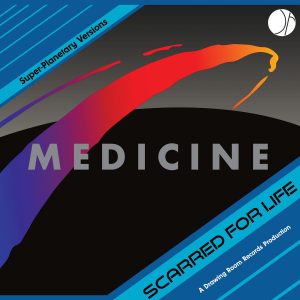 THE PRESS RELEASE: “With Scarred for Life, Brad Laner and his Medicine cohorts attempt to relive the glory (and none of the fiascos) of the K-Tel architects. It is a covers album of all “killer no filler” and includes tracks from Neil Young, Judee Sill, Miles Davis, The Monkees, and um Bob Welch. It’s an outstandingly eclectic selection of tracks that always “hits”. Per Laner himself “Come listen and hell even purchase this album of covers. Above all else, this album was really just some folk’s attempt to keep sane in the wake of a certain nameless fascist assuming power back in the dark days of 2016. Mind you, we love it, but the song choices have no cohesive theme and although it’s a bit noisy, we’re not trying to be all anything, or whatever.” 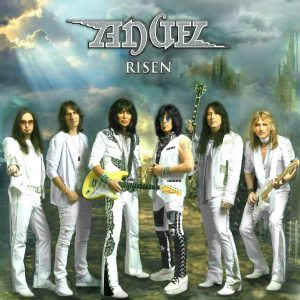 THE PRESS RELEASE: “The album will have 17 solid tracks featuring 15 brand new songs written by original members Punky Meadows and Frank Dimino along with current member Danny Farrow, and a remake of the classic track Tower. They describe the songs as very diverse ranging from heavy to very melodic with real strong hooks featuring many elements of the classic Angel sound. Said Meadows: “I am very proud of this album and Angel fans will LOVE it! It really kicks ass and is very diverse with songs that will satisfy every Angel fan and take you on a musical journey! The band played their asses off! Play it from top to bottom, you will not want to miss a beat.” 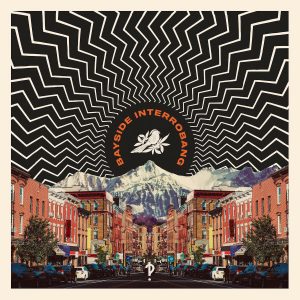 THE PRESS RELEASE: “An Interrobang is a punctuation mark that combines an exclamation and a question mark. Lead singer Anthony Raneri says the album title represents the feelings listeners receive from the record. “We wanted the record to feel exciting and new, but also sound like a natural progression for the band. We just wanted to keep the listener on their toes – there is a ton of information being thrown out – and if you want to take it all in – you can’t stop paying attention for a second.” 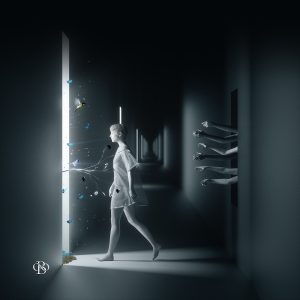