Home Read Diet Cig | Do You Wonder About Me? 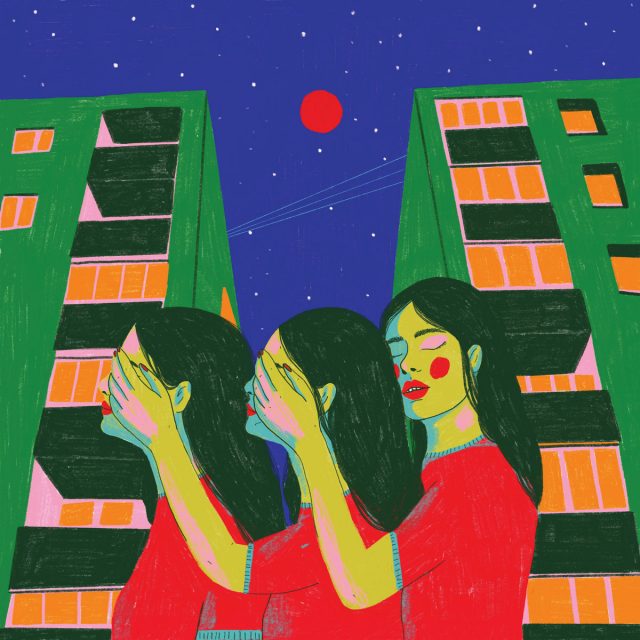 Wonder no more (if indeed you did): The female-led duo co-starring singer-guitarist Alex Luciano and drummer Noah Bowman are back after nearly three years with their sophomore album — another swell set of fat-free alt-nuggets that fuse scrappy indie-rock grit with sweet pop melodicism and harmonies in a winning combination vaguely reminiscent of Juliana Hatfield at her most accessible. It might not set the world on fire, but it’s undeniably got a spark. Wonders never cease. Light it up.

THE PRESS RELEASE: “They’ve been compared to tornadoes, firecrackers, and lightning storms, and described as genuine, unapologetic, and down-to-earth. Their live shows are a whirlwind of belting and high-kicks, their pure energy as yet unmatched. Almost three years since the release of their debut album, Alex Luciano and Noah Bowman of gutsy rock duo Diet Cig release their sophomore full-length, Do You Wonder About Me? The pair, typically on the road, took time off of tour to spend the better part of 2019 working on their follow-up to 2017’s Swear I’m Good At This. The new record marks a more intentional, self-assured Diet Cig; not only in Luciano’s radically intimate, acerbic lyrics, but in the duo’s sound as well. Diet Cig formed in 2014 and went on to garner a cult following invested in the band’s special high-energy, emotional, super-catchy pop rock. Their very first EP, Over Easy, is basically canon in their world of hyper-honest, scrappy indie music. Swear I’m Good At This cemented Diet Cig as mainstays of the landscape, with its biting lines about social woes and prevailing message that it’s OK to be who you are. Luciano and Bowman moved to Richmond, VA in the summer of 2017 as a place to “hide out and make music,” and it was there that they wrote Do You Wonder About Me?, Diet Cig’s ode to growing up. “We spent a lot of time after the first record growing as people, being humans outside of tour for a little bit, and trying to shed the imposter syndrome.” Luciano says. “When we made our first record we almost felt like we had something to prove.” It was their debut album, and much of it was written on tour — the kinks in the songs worked out by playing them live. But the writing and recording of Do You Wonder About Me? was imbued with more freedom. Diet Cig had the sense that they could make whatever they wanted. Luciano and Bowman, instead of practicing live to an audience, worked on their songs over the course of a year in their practice space, and ended up finishing tracks with their longtime producer Chris Daly at Headroom Studios in Philadelphia, PA, and back in New Paltz, NY at Salvation Recording. Instead of making sure they’d fit their live show, Diet Cig tinkered with songs until they felt right to them. As a result, Do You Wonder has a freshness, a gleaming new direction. Fewer boundaries. More truth, more honesty.”