Two decades ago, new albums and EPs from The Roots, Nine Inch Nails, Kelly Joe Phelps, Fred Eaglesmith and others were spinning away in my portable CD player. Here’s what I had to say about them back then (with some minor editing): 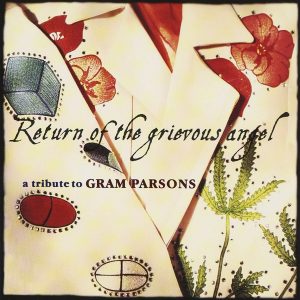 Return Of The Grievous Angel: A Tribute To Gram Parsons
Various Artists

Country soul man Gram Parsons may be the most influential — and least heard — artist of the ’70s. By the time he died at 26 in 1973, this Harvard-schooled hillbilly had turned The Byrds into Sweethearts Of The Rodeo, helped the The Rolling Stones’ tame their Wild Horses, taught the Burrito Brothers to fly and blazed the trail for every alt-country act from Wilco to Whiskeytown. Both of the latter repay the debt on this long-overdue tribute to Parsons, overseen by his musical protege and partner Emmylou Harris. Fittingly, she teams up with several artists here, backing Chrissie Hynde on the lightly funky She, joining Beck on the country honk of Sin City and supporting Sheryl Crow on the tender Juanita. Tack on rockier covers from Cowboy Junkies (Ooh Las Vegas), The Mavericks (Hot Burrito #1) and Steve Earle and Chris Hillman (High Fashion Queen) and you’ve got an album as cool as Parson’s dope-leaf embroidered Nudie suit. 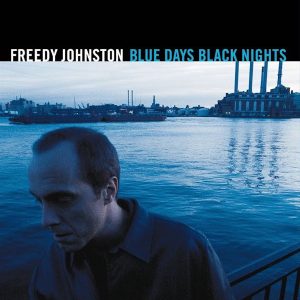 Sad songs say so much for so many — but for Freedy Johnston they say it all. His melancholy fifth album finds the quirky folk-pop troubadour in moods that perfectly match the title colours as he ruminates on heartbreak and isolation. With a gently strummed guitar, a quietly reined-in studio band and a high, clear voice that rings and echoes like a doorbell in an empty house, Johnson introduces us to sailors lured by the rapture of the deep, lovers who leave their exes’ belongings untouched, children who cling to pictures of lost parents and lovers who can’t even connect in their dreams. Sure they’re losers — but they’re beautiful losers. 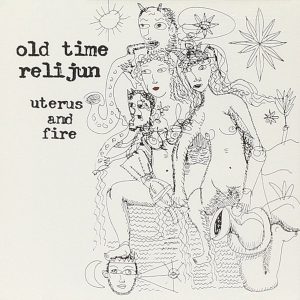 I feel sorry for Old Time Relijun leader Arrington De Dionyso’s neighbours. You can just tell from the intensely freaky Uterus And Fire — the second album from his twisted, backwoods blues-rock band — that he’s the kind of guy who stays up all night jamming on jaw harp or babbling incoherently. And those are some of the more sedate moments here. The rest of the time he’s screeching like Tiny Tim tiptoeing through the tulips with a goat, while his gonzo band stumbles and lurches around like The Violent Femmes covering Captain Beefheart. And if you think he’s gonna turn it down, you’ve got another think coming. Like life itself, Uterus And Fire is nasty, brutish and short — way too short for my taste. 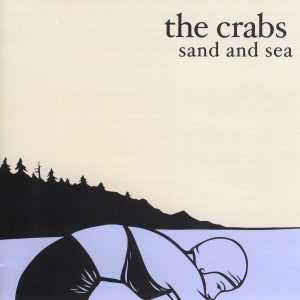 The Crabs
Sand And Sea

This sweet Portland, Ore., pop band has made three albums as a co-ed guitar-and-drums duo. Now, for Sand And Sea, The Crabs have added a singer/organist — but the 50-per-cent increase in the roster hasn’t altered their basic style: Endearingly amateurish, refreshingly earnest garage-pop balanced by moody, melancholy lyrics like, “It’s not the end of the world, but it sure feels like it.” They might act tough, but these crabs are definitely soft-shelled. 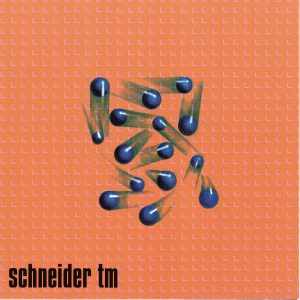 One-man band Dirk Dresselhaus is the latest in a recent mini-wave of minimalist German electronica invading these shores. But last certainly doesn’t mean least. Quite the opposite. In addition to drawing from a wider sonic pallet than most new Krautrock acts — along with the robotic beatboxes and Kraftwerk-castoff synths, there are rain-stick sequencers and marching-band drums — Dresselhaus has something else the recent German exports lack: A sense of humour. Like Devo’s Mark Mothersbaugh, he likes his effects silly, his melodies poppy, his synths rubbery and his beats big and bouncy. The result are tunes that merrily pulse and chug along like Nintendo soundtracks, or sound like the accompaniment to a cartoon assembly line. Now is the time on Sprockets when we wear flower pot helmets, ja? 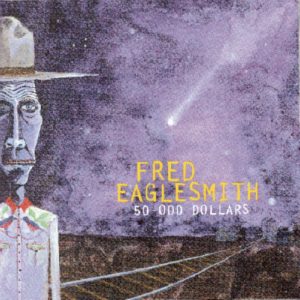 They key word in the title of Fred Eaglesmith’s third album is Odd. As he always has, this Ontario farmboy (who once issued his own box set consisting of a hand-made mini-crate holding two cassettes) continues to forge his own idiosyncratic path that leads between the junkshop and the jukebox. On the one hand, his songs draw on so many obvious influences — Chris Isaak’s rockabilly crooning, Bruce Springsteen’s Okie-style ballads, Neil Young’s … well, everything — that the tunes are instantly familiar. But then he subjects them to tape effects, angular Tom Waits treatments and clattering percussion, creating weird hybrids that manage to be rustic, contemporary and ahead of their time all at once. It may not be worth $50, but this is easily worth the price of the CD. 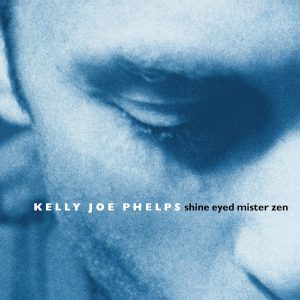 Sometimes, less really is more. Singer/guitarist Kelly Joe Phelps obviously understands this. All he needs are his acoustic guitar, a slide, his voice and some old traditional tunes to produce one of the best folk-blues albums of this or any year. The Delta blues of Mississippi Fred McDowell, the Appalachian-gothic folk of Dock Boggs and the tragic murder balladry of the Anthology Of American Folk Music are Phelps’ obvious touchstones here, and they all benefit from the caress of his light sandpaper voice and confident, adept finger-picking. Shine Eyed Mister Zen, he says, refers to that moment when he becomes possessed by the sound and the world slips away. You’ll understand just how he feels. 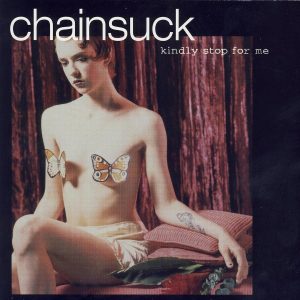 Chainsuck
Kindly Stop For Me

“I will plant a kiss to send you to heaven … or rip you to shreds,” sings Chainsuck’s Marydee Reynolds. Unfortunately, she doesn’t quite do either on her trip-rock outfit’s sophomore outing. Reynolds, a Boston vocal teacher, has sweet, ghostly pipes and a knack for a haunting lyric to go with them. They dovetails eerily well with the gothy trip-hop electronica of her tunes, programmed and performed by members of Chicago’s Ministry–Revco–Thrill Kill Kult circle. Trouble is, there’s too much tension and not enough release — after half a dozen of these sombrely restrained, lifelessly low-key tracks, you don’t feel blessed or terrified as much as you just feel bored. Kindly stop yourself, Marydee. 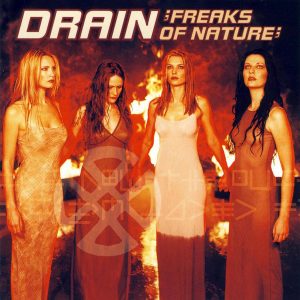 The STH stands for Stockholm; three little letters to distinguish these Swedish metal maidens from a U.S. act with the same name. But they also give you a hint of what you’re in for. After all, Sweden is the home of death metal and bubble-pop — and these women are a long way from Roxette. Like their last album, Freaks is a fire-and-ice collision of subterranean glacial bass and drums and searing Viking-rock metal, comparable to Type O Negative and early Black Sabbath. These she-devils can come up short in the variety and originality departments — for instance, Black Is Black’s chorus is just Ozzy’s No More Tears with different words — but hey, it’s hard to be subtle when you’re wielding the hammer of the godesses. 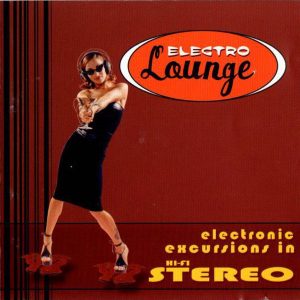 As part of the music business’s endless quest to fill every conceivable — and inconceivable — marketing niche, EMI brings us this offering designed to bridge the gap between the lounge and the dance floor. And as a concept, it sounds pretty groovy; classic lounge tracks remixed by electronica artists like µ-ziq, Meat Beat Manifesto and Utah Saints. Too bad the results don’t sound quite as cool. While some cuts are neat — Tranquility Bass turns Louis Prima’s Jump, Jive An’ Wail into a kaleidoscopic dub plate, and The Rip-Off Artist’s version of Dean Martin and Julie London’s Sway suggests Timbaland in Vegas — too many others are like a badly mixed Manhattan, pointlessly diluting Martin Denny and John Barry’s bachelor-pad melodies with bottom-heavy bass riffs and beatboxes. Maybe there are some gaps that don’t need bridging after all. 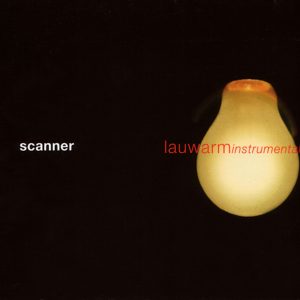 Innovative electronica artist Robin Rimbaud takes his nom du disque from an unusual weapon in his arsenal: A police scanner that he uses to intercept cell-phone calls, which he manipulates and incorporates into his darkly hypnotic, minimalist drum ’n’ bass. Live, it makes for captivating shows — nobody, including him, knows quite what’s coming next. It’s a tough act to translate to CD, however; first off, the immediacy isn’t there, and second, privacy and wiretap laws probably make it legally dicey. As a result, this disc finds him toning down the live samples or masking them heavily with effects, while relying more on electronic elevator voices and the like. While it’s not nearly as titillating as eavesdroping on phone sex, these head-trippy urban soundscapes are still compelling pieces that truly put the tech in techno. 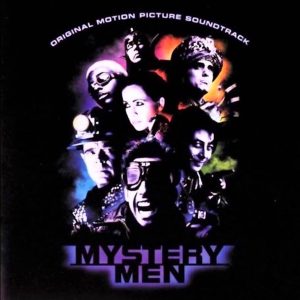 True to its title, this superhero-spoof soundtrack isn’t exactly packed with music-biz heroes: The only current chart-topper here is Smash Mouth’s poppy All-Star. But while many of these bands’ identities may be fairly secret, their powers are still formidable: The ska-blues of Dub Pistols, the Fatboy Slim-lined go-go pop of Freak Power, the quirky lounge wizardry of Jill Sobule and some secret-identity-style covers from Citizen King (The Specials’ Gangsters) and Violent Femmes (Stranglers’ No More Heroes) are all deserving of a little hero worship. 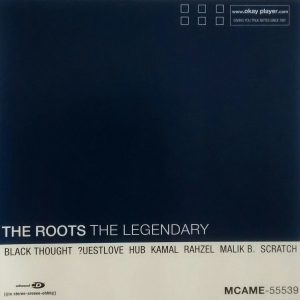 The Roots
The Legendary

Plenty of hip-hop artists are wizards in the recording studio, but there aren’t nearly as many who can pull it off as well live. Then there are The Roots, a Philly crew whose musical skills serve them just as well on stage as on tape. This five-track EP — a preview of their upcoming live album — captures them at their best as they reproduce hits like The Next Movement, lead audience singalongs or jam jazzily without missing a beat. While most rap acts are content to lip-synch to DAT tapes, The Roots leave us wondering if it’s live or if it’s Memorex. 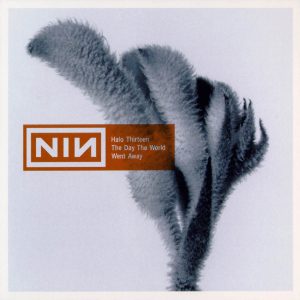 Nine Inch Nails
The Day The World Went Away

It’s been five years since industrial revolutionary Trent Reznor released The Downward Spiral. Since then — if this first single from his long-awaited new CD The Fragile is any sign — ol’ Trent has been in a downward spiral himself. Despite half a decade to write new material, the two songs here, while memorable, don’t break new ground. The title tune is just another of his patented creepy techno-ballads, while Starf—ers, Inc., is an industrial disco-pummel straight from 1994, complete with quiet verses, loud choruses and references to You’re So Vain. Presumably these are the most commercial songs on The Fragile; we’re not sure if that’s good news or bad. 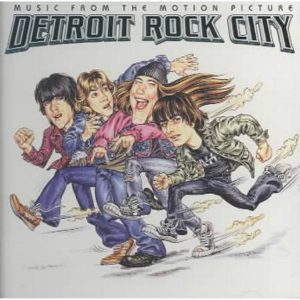 Naturally, this film about four ’70s teens trying to sneak into a KISS concert has a soundtrack aimed at those who want to rock ’n’ roll all night and party every day. Along with a rerecorded version of the title cut, Gene, Peter, Paul and Ace dish up an old Destroyer track (Shout It Out Loud) and a tepid new ballad (Nothing Can Keep Me From You). Interestingly enough, however, it’s the other cuts — Everclear’s blistering cover of Thin Lizzy’s Boys Are Back In Town, Pantera’s growlingly reverent take on Ted Nugent’s Cat Scratch Fever, Marilyn Manson’s electro-goth trip down AC/DC’s Highway To Hell and The Donnas’ garage-punk version of KISS’s Strutter — that make this the hottest soundtrack in the land.