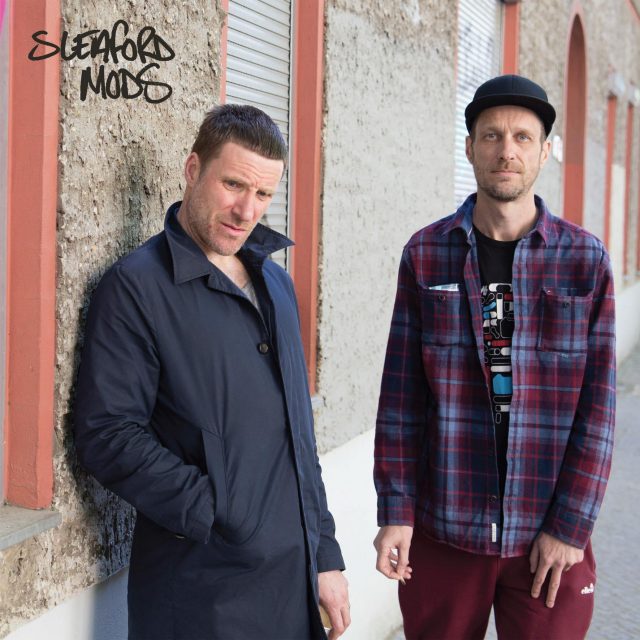 Everybody loves an angry young man. Nobody loves an angry old coot. But something tells me that if and when Sleaford Mods frontman Jason Williamson well and truly reaches geezerdom, he’ll get a pass. And deserve one. Chiefly because a sharp tongue and a sharper wit will always see you through. They certainly get the job done once again on the self-titled five-song EP from the Nottingham electropunk duo. Good thing too, because make no mistake, Williamson is well ticked. Whether he’s spinning an elaborate revenge fantasy on an Internet troll, railing against the government or grousing about friends who talk behind his back, he’s giving no quarter and taking no prisoners on these dark, violent tales. Luckily, as usual, musical mate Andrew Fearn has his back with another slate of magnificently murky garage-band jams and dark post-punk minimalism. What is not to love?