Any week that includes a new Sleaford Mods album is OK by me. Toss in discs by Matthew Sweet, Shame and Melvins’ Dale Crover and you really can’t go wrong. Here’s the lowdown: 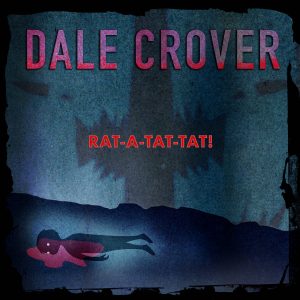 THE EDITED PRESS RELEASE: “Rat-A-Tat-Tat! Is that the sound of the reaper knocking on your door to collect your soul — or Dale Crover hammering out another distinctive drum fill? There are pretty good odds it’s the latter; between 36 years (and about as many full-lengths and EPs) as drummer/bassist for Melvins and his contributions to acts as varied as Altamont, Peeping Tom, Redd Kross, Shrinebuilder, and a little band called Nirvana, he’s built quite the body of work. In 2017, he added a proper solo album to his extensive catalog, The Fickle Finger of Fate. Now he’s followed that with Rat-A-Tat-Tat! So what’s different this time around? Crover assembled an actual band to help him out. Redd Kross bassist Steve McDonald asked Crover to open for them, Crover asked McDonald to play bass for him, and the rest is history. The opportunity knocks to hear more Dale Crover jams; be sure to answer.” 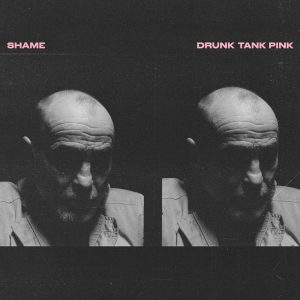 THE EDITED PRESS RELEASE: “There are moments on Drunk Tank Pink where you almost have to reach for the sleeve to check this is the same band who made 2018’s Songs Of Praise. Such is the jump Shame have made from the riotous post-punk of their debut to the sprawling adventurism and twitching anxieties laid out here. The South Londoners’ blood and guts spirit, that wink and grin of devious charm, is still present, it’s just that it’s grown into something bigger, something deeper, more ambitious and unflinchingly honest. The genius of Drunk Tank Pink is how its lyrical themes dovetail with the music. Opener Alphabet dissects the premise of performance over a siren call of nervous, jerking guitars, its chorus thrown out like a beer bottle across a mosh pit. Nigel Hitter, meanwhile, turns the mundanity of routine into something spectacular via a disjointed jigsaw of syncopated rhythms and broken-wristed punk funk. From the womb to the clouds (sort of), Shame are currently very much in the pink.” 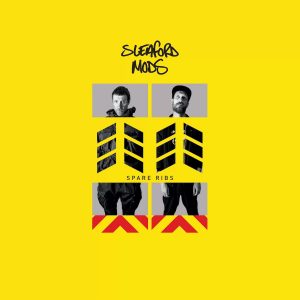 THE EDITED PRESS RELEASE: “Poised to blow the cobwebs off life and unleash some much-needed wit and charm upon us, Sleaford Mods are about to release their sixth studio album Spare Ribs. Recorded in lockdown in a furious three-week studio blitz in July, the polemical Jason Williamson and dexterous producer Andrew Fearn kick against the pricks with unrivalled bite, railing against hypocrisy, inequality and apathy with their inimitable, scabrous sense of humour. And Spare Ribs, featuring Amy Taylor of Melbourne punks Amyl and the Sniffers and the British newcomer Billy Nomates, finds the duo charged with ire at the UK Government’s sense of entitlement, epitomized by its devil-may-care approach to the coronavirus crisis.” 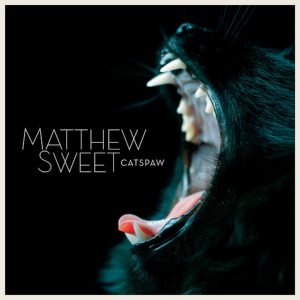 THE EDITED PRESS RELEASE: “Before the gold and platinum albums, before the MTV hits and critical renown, power-pop and alternative-rock pioneer Matthew Sweet was just a 13-year-old bass player sitting alone in his Nebraska bedroom, daydreaming of a life spent making music. “I was just starting to write songs and play a little guitar and I had this thought: I wonder if when I’m old and I’ve been around music a really long time, I might suddenly just be able to play lead guitar without ever properly learning how. Maybe if you just play a really long time, it just kind of comes together? And the funny thing is, it did. I’m able to.” On Catspaw, his 15th studio album, Matthew Sweet cranks his vintage amplifiers and steps into a role previously played by some of his generation’s most unique and incendiary lead guitarists from Richard Lloyd (Television) to Robert Quine (Lou Reed) and Ivan Julian (Richard Hell & the Voidoids). Though Catspaw is absent of his famous collaborators, their presence is felt in the mark they left on Sweet’s guitar work. “I realized after I’d finished the record that I had made it just after turning 55 and that was coincidentally the exact age I fantasized I would be all those years ago when I was hoping someday I’d be able to play lead guitar on my own album.”