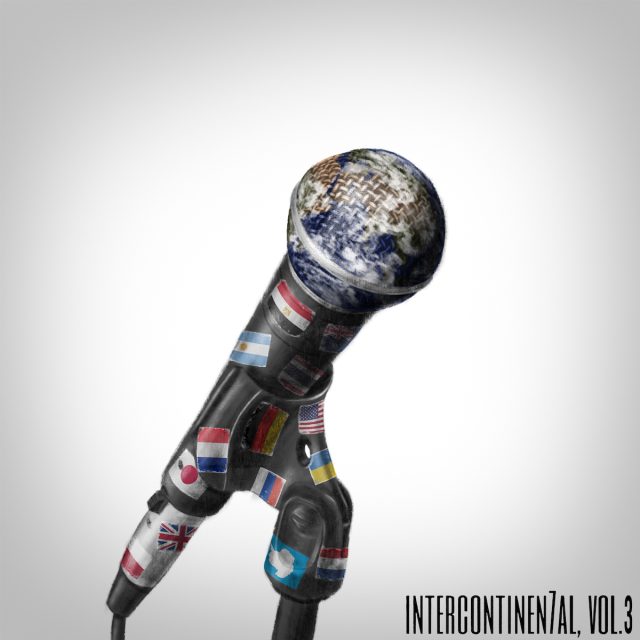 Intercontinen7al prove once again that music is the international language with their global album Vol. 3 — premiering exclusively on Tinnitist.

What began in 2020 as a sonic experiment of recording music virtually among local bandmates in Maryland continues to evolve into a worldwide collaboration. Intercontinen7al — featuring musicians from all seven continents — created 14 original songs for Vol. 3. The album includes the track War’s The Noise, a driving but poignant rock song featuring collaborators from Europe, North America, and South America. Once again, the band will donate all proceeds to charity, this time supporting the Ukrainian refugee relief effort. The album also includes an original composition called куди ми йдемо звідси (Where Do We Go From Here?), featuring musicians from both Ukraine and Russia collaborating together to promote peace. The goal of Intercontinen7al is to support a different cause with every album.

That summer, Matt was walking when an idea struck him like a lightning bolt: What if the band adopted Foo Fighters’ Sonic Highways concept (recording with artists from several cities in the U.S.), but expanded it to include every continent to participate. Intercontinen7al was born, with the 7 inspired by the Tool song 7empest.

For the remaining musicians, the band contacted friends, former bandmates and family members who were fellow North American musicians (like bassists Devin Heritage and Alex Burke), and used BandLab to establish additional musician connections (including guitarist Josh Pearlson of Africa). The band also reviewed musicians’ profiles and comments to recruit other participants, such as Nerse of Asia. Europe is represented by musicians such as Poland’s Marcin Nawrocki, who was recruited after flagging one of the band’s song ideas for potential collaboration, and the talented vocalist Rieneke from the Netherlands. To recruit the two musicians from Antarctica, Matt contacted numerous active research stations in September 2020 to determine if there were researchers that happened to be musicians on site, and successfully recruited Aymar de Lichervelde and Stijn Thoolen.

Following the release of their debut record, the band continued to expand in 2021 and 2022, adding such talented artists such as Andrasta, Bubbas Bentlass and Darren Fellows from the United Kingdom, Jukerok from Egypt, Manuelonics from Africa, Miami73 from France, Masanobu Takano and Ken Ichiro Tashiro from Japan, and Rousevision from Germany. The 25 musicians who collaborated worldwide to create music for Vol. 3 are listed below. The band are already working on ideas for Vol. 4, slated for release in the summer of 2023.