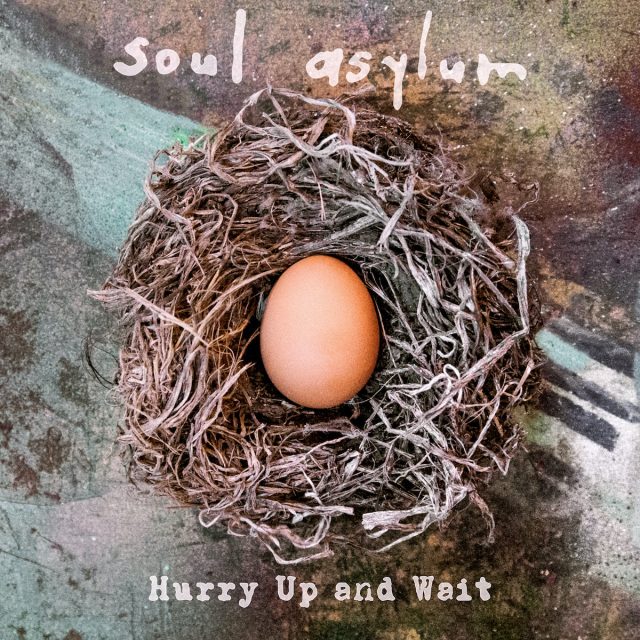 THE PRESS RELEASE: “According to vocalist/guitarist Dave Pirner, making Soul Asylum’s twelfth studio full-length, Hurry Up And Wait, was a completely seamless, enjoyable and productive experience. Co-produced with John Fields — and recorded at Minneapolis’ Nicollet Studios, the same place where the celebrated rock band recorded seminal early albums released on Twin/Tone Records — the album reflects Soul Asylum’s usual eclectic approach. Lyrically, songs dive into topics such as grappling with emotional and geographic disconnection, navigating romantic ebbs and flows, and the power of embracing optimism despite it all. Sonically, Hurry Up And Wait features thrashing songs indebted to punk (Hopped Up Feelin’) and classic rock (Got It Pretty Good), folk-influenced pop-rock (Silly Things), and gorgeous jangle-pop (lead single If I Told You).”

MY TWO CENTS: Yep, Soul Asylum. They’re still around. Well, singer-songwriter Dave Pirner is still around. Still cranking out a new album every four or five years. And — to his credit — still peppering those albums with cuts that rock harder than you’d expect from the guy who hit paydirt with Runaway Train. Hurry Up and Wait, his dozenth album in 36 years, has a handful of decently scrappy numbers that reach back to their days on the Minneapolis alt-rock scene next to the likes of The Replacements — along with a couple of tunes that might remind you of mid-period Marah. Naturally, there are also a few jangling, sincere ballads like the one that’s been paying Pirner’s rent for decades. And you can’t blame him for that. But it’s nice to see that he’s capable of chasing both Runaway Train — And The Horse They Rode In On.