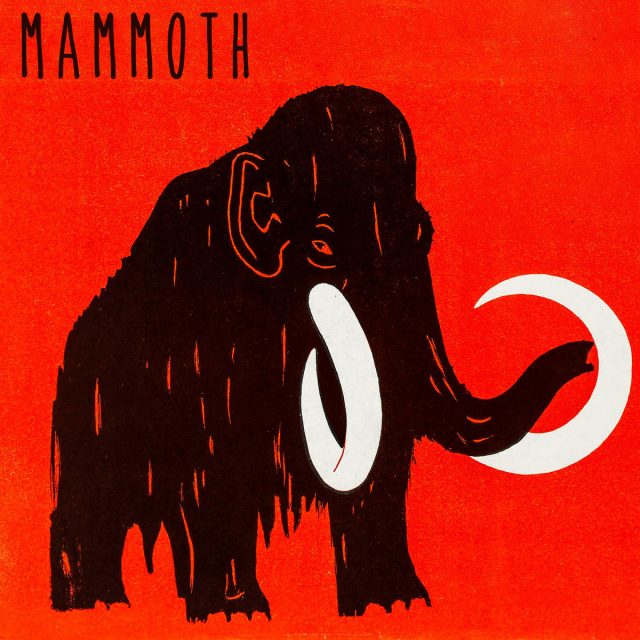 Get The Fuck Outta Dodge stomp the terra with their thundering new live-in-the-studio recording Mammoth — premiering exclusively on (where else?) Tinnitist.

For those who haven’t been paying attention: Get The Fuck Outta Dodge might be the greatest band in the world. Or the shittiest. It doesn’t really matter, does it? They’re two sides of the same coin. So it’s a tossup, innit? Call it in the air and hope for the best. You pays your money, you takes your chances.

Here’s the point: Get The Fuck Outta Dodge will not waste your time. The Sheffield noise-punk duo will not make you listen to a bunch of guitar solos. Because they don’t even have a guitarist — just a bassist and drummer. They won’t make you listen to a bunch of long-ass songs — their crash-bash-smashfests generally clock in somewhere between 50 seconds and two minutes (yet deliver more killer riffs, singalong hooks and hilarious lyrics that the majority of bands come up with in their career). They won’t make you wait a long time for their shit — they can easily crank out two or three albums a year when they feel like it. Hell, they won’t even make you learn their last names — they’re just James the bassist and Ren the drummer. What more do you need to know anyway?

But don’t think for a second they do all that for their fans. Cause they don’t really have any to speak of. And even if they did, these guys probably wouldn’t care about them. No, they do what they do for themselves. Because they clearly don’t want to waste their own time either. That’s why they tend to record their absurdly unhinged albums in the course of a single day. Or, in the case of their new live-off-the-studio-floor assault, an hour. Yep, an hour. That’s as long as it takes them to slam and hammer their way through 17 (yes, 17) of their unforgettable songs — gems like Buzzkill, I Am Not A Robot, Quick Get To The Yacht, Good vs. Evil and Trying Not To Be Punk Is The Most Punk Thing I’ve Ever Done. Hits that never were and will never be. Come to think of it, that’s probably what they should have called this album. But they called it Mammoth. Why? Maybe because it’s big and hairy and loud and lumbering and spiky and stupid. And because it represents something that doesn’t even really exist anymore: Bands that don’t give a shit about how they look or whether they remember the words or if they’re going to get some sensitive little twit’s noise out of joint with their lyrics.

Bottom line: More bands should be like Get The Fuck Outta Dodge. And more live albums should be as raw, real, rampaging and ridiculous as Mammoth. That’s my two cents. Check out what they had to say below. And because they’re too damn prolific for their own good, you can also check out an EP of remixes they also dropped this week. You’re welcome. Not that you deserve it, you goddamn ingrates. 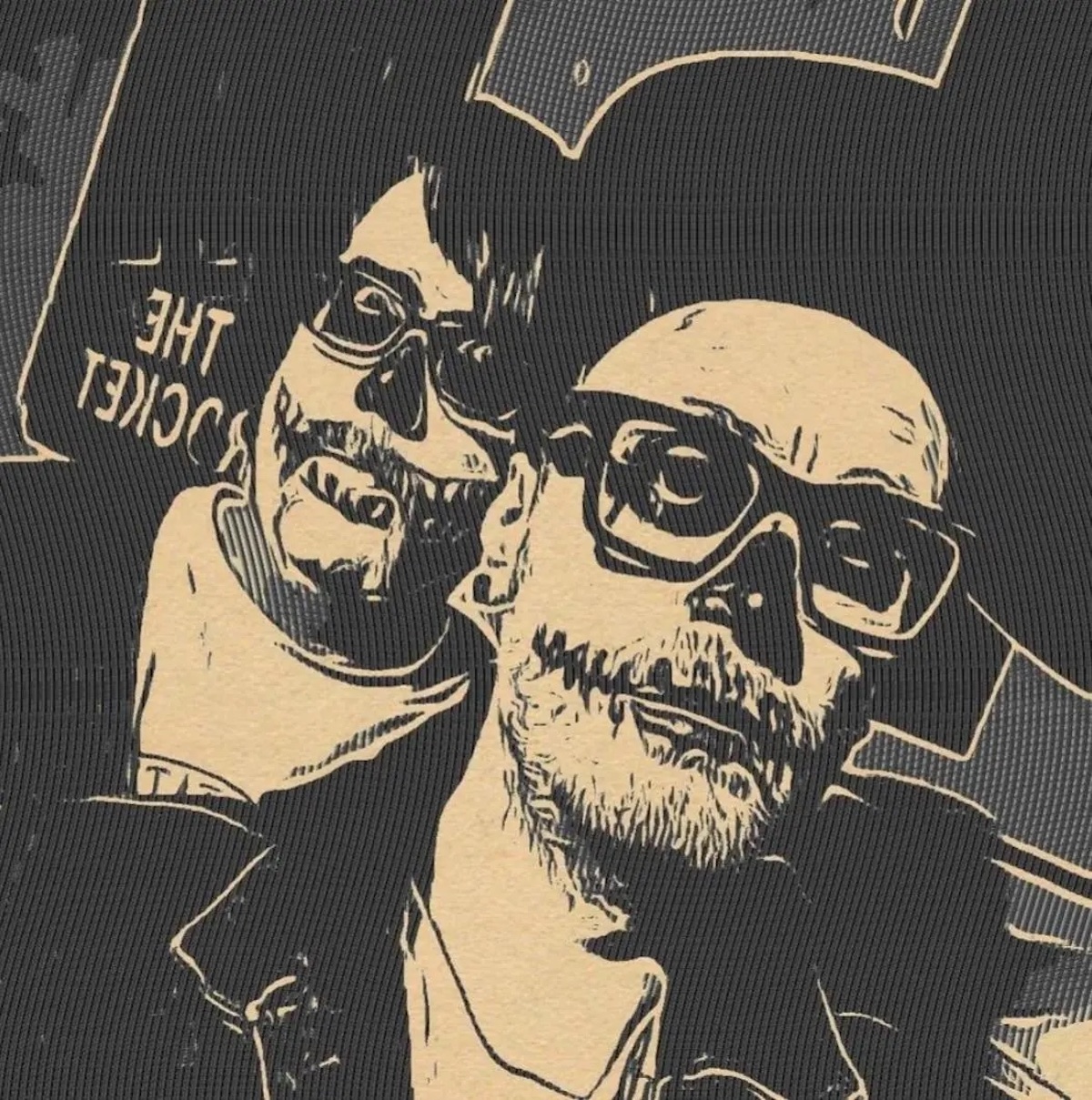 This LP is non of the above, it’s a bootleg, it’s Dodge being live Dodge, out of breath, out of time, in time, speeded up, slowed down, it’s Dodge when nobody’s looking.

An unintentional record, a byproduct of shit practice rooms and recording opportunities.

It’s not thought through, it’s rushed, it’s not even thought about.

It’s not Kiss Alive III, Iron Maiden’s A Real Live One or Cheap Trick’s Live At Budokan, it’s that Nirvana Outcesticide album, it’s every VHS taped concert, it’s that cassette of that gig you taped off the radio.

It’s about doing something, just because you can and because, why the fuck not.

It’s about not giving a shit because there’s nothing to hide.

It’s laughing off that fuck up in the 1st bar of that song you’ve played 50 times before.

It’s forgetting the words because you just hit that roll and yr smiling instead.

No pomp no ceremony, it is what it is.

It’s Get The Fuck Outta Dodge and it’s Mammoth.”

Get The Fuck Outta Dodge
Original Pioneers of Justice

THE EDITED PRESS RELEASE: “So we wanted to make a video and we also had that Mammoth LP coming out so we thought we would mash them together and then add 2 songs that some Jake Stagg fella off of Fiverr from Canada took the lyrics and made his own versions of the song….and that’s really the real reason for this release.”