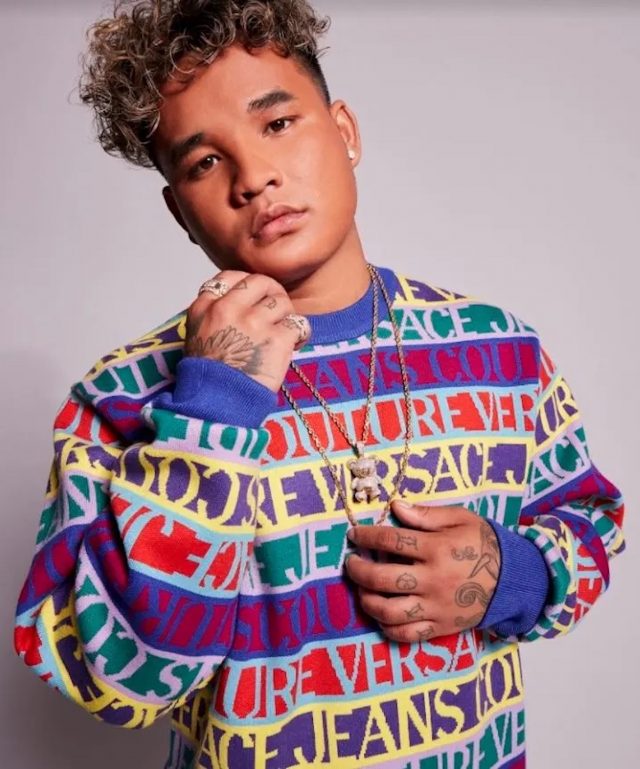 Star2 has big dreams — but the reality is he’s already come a long way.

The Asian-American singer, songwriter and rapper from San Diego was born into a refugee camp in Thailand. His people, the Ka-ren from Burma, have suffered genocide by the Burmese military and Myanmar government. His family walked 500 miles after their village was burned to the ground and attacked by soldiers. After his grandmother was chosen in an immigration lottery, she took six-year-old Star2 and her four other children to begin a new life. In his new home he faced adversity, growing up in poverty and gang violence. But those hardships only pushed him into finding comfort within music. Since 2020, he has released a series of genre-bending singles that fuse pop, R&B, and hip-hop. His collaborations with acclaimed rappers Luh Kel, MarMar Oso, YSN Flow and Lil Poppa have gotten him noticed. He has singles and videos due for release with Soulja Boy, $tupid Young and more with Lil Poppa. Today, however, he goes it alone by answering my ridiculous questions. As if he hasn’t been through enough in his life already.

Introduce yourself: Name, age (feel free to lie), home base and any other details you’d care to share — height / weight / identifying marks / astrology sign / your choice.
My name is Star2. I am 20 yrs old and from San Diego. I was born in a Thai refugee camp. I am Ka-ren from Burma. We had to flee our homeland because Burmese soldiers and the Myanmar government tried to exterminate us. I have distinctive tattoos on my arms, hands, chest, and legs (I like to design them). I am a Sagittarius and therefore don’t like bs and tell it like it is, am a free spirit, and love to travel.

What is your musical origin story?
I began making music at about age 10 after imitating Justin Bieber and Akon. A friend in middle school had a small home studio and we spent hours free styling and imitating the rappers we liked. We began to make songs and music videos — half in English and half in our native Ka-ren language that we posted to YouTube. I started to get attention and was interviewed by Karen1TV in New York, which was a big deal in our refugee community. I also received a scholarship to attend a summer program at the Los Angeles College of Music. Later I hooked up with a famous producer, Chico Bennett, who produced one of my songs and stuck with me ever since.

What’s your latest project?
I am finishing an EP with $tupid Young, the gold-record Asian rapper from Long Beach. We just released a song which we actually began when I was 17 and reached out to him through mutual friends in my neighborhood. He came to San Diego from Long Beach to do the song with me and I was blown away to meet him in person and work with him! The small studio where we recorded the song ended up burning down and the files were lost! We also started filming the music video at that time in Belmont Park, where the wooden roller coaster and arcade are on the beach in San Diego. The cops found out he was filming and started harassing him, so he had to split mid-shoot and we didn’t finish. We connected again last year and completed the song and just finished another with a dope video. The EP will have six songs and two or three videos. I’m very excited. I also have a record and video coming out with Soulja Boy and Luh Kel called New Me. It’s something really special — super dope! I can’t wait to drop the video.

What truly sets you apart from other artists?
I am versatile. I sing romantic ballads and breakup songs, but love rap and hip-hop. I also like to sing about my life and the world around me. One of my latest songs Run Away is about the f’d up state of the world.

Tell us about the first song you wrote and / or the first gig you played.
The first song I wrote was in elementary school. I loved Justin Bieber and had crushes on the girls in my class. I was shy and couldn’t find the words to talk to them so I went home and wrote love songs for them.

What living or dead artists would you like to collaborate with?
I would love to work with Justin Bieber and Kid Laroi. Juice Wrld gets deep into my feelings like no other artist and really speaks to me. His death was so tragic.

What artist or style of music do you love that would surprise people?
I like country music sometimes and John Denver – I used to sing his songs around the campfire at a summer camp.

What words do you hope people use when they describe you?
Honorable, compassionate and loyal.

What useful (or useless) skills do you have outside of music?
I am a great fisherman! I love fishing and always catch a fish every time I go out — either on a pier or in a boat. I also have a great sense of direction. I know which way to go and if I’ve been somewhere once, I remember how to get back.

If money was no object, where would you live?
I would live in Hawaii. I visited once and it took hold of me. It is physically beautiful and the air is strangely soft. The people are very chill.

What would you like to be reincarnated as?
A white tiger. I had it painted on the back of my leather jacket.

What’s your idea of perfect happiness / total misery?
Perfect happiness is being in nature. I love hiking, camping, fishing, snowboarding. I recently backpacked for three weeks in Alaska. It was light almost 20 hours a day. We climbed mountains and bounced on the tundra. It was awesome!

What are your pet peeves?
I hate girls who play games and hate people who lie and waste your time with bullshit.

What are you afraid of?
I legit am afraid of ghosts.

What would the title of your autobiography be?
Keep Going: Never Ever Give Up.

What’s your motto?
Never turn down an opportunity.

What’s always in your refrigerator?
Fiji water and a fresh coconut.

What’s the silliest thing you believed as a child?
I believed hard core in Santa Claus — I guess everyone did — but I was shocked when I figured it out.

What was your favourite class in school and why?
I always loved history because of the stories. I also loved art because I was good at it and could express myself that way.

What world record would you like to break?
I want to have the most hit records.

What was the worst job you ever had?
It wasn’t the very worst, but I cut meat in an Asian grocery store. The meat was frozen and I didn’t have gloves to protect my hands. I developed frostbite and couldn’t feel my fingers for many weeks. I ended up quitting. My grandma was so proud that I had gotten the job but I couldn’t continue.

What’s the best and / or worst advice you were ever given?
The best advice is to love fiercely, never go back to a relationship that is broken, and never give up on yourself. 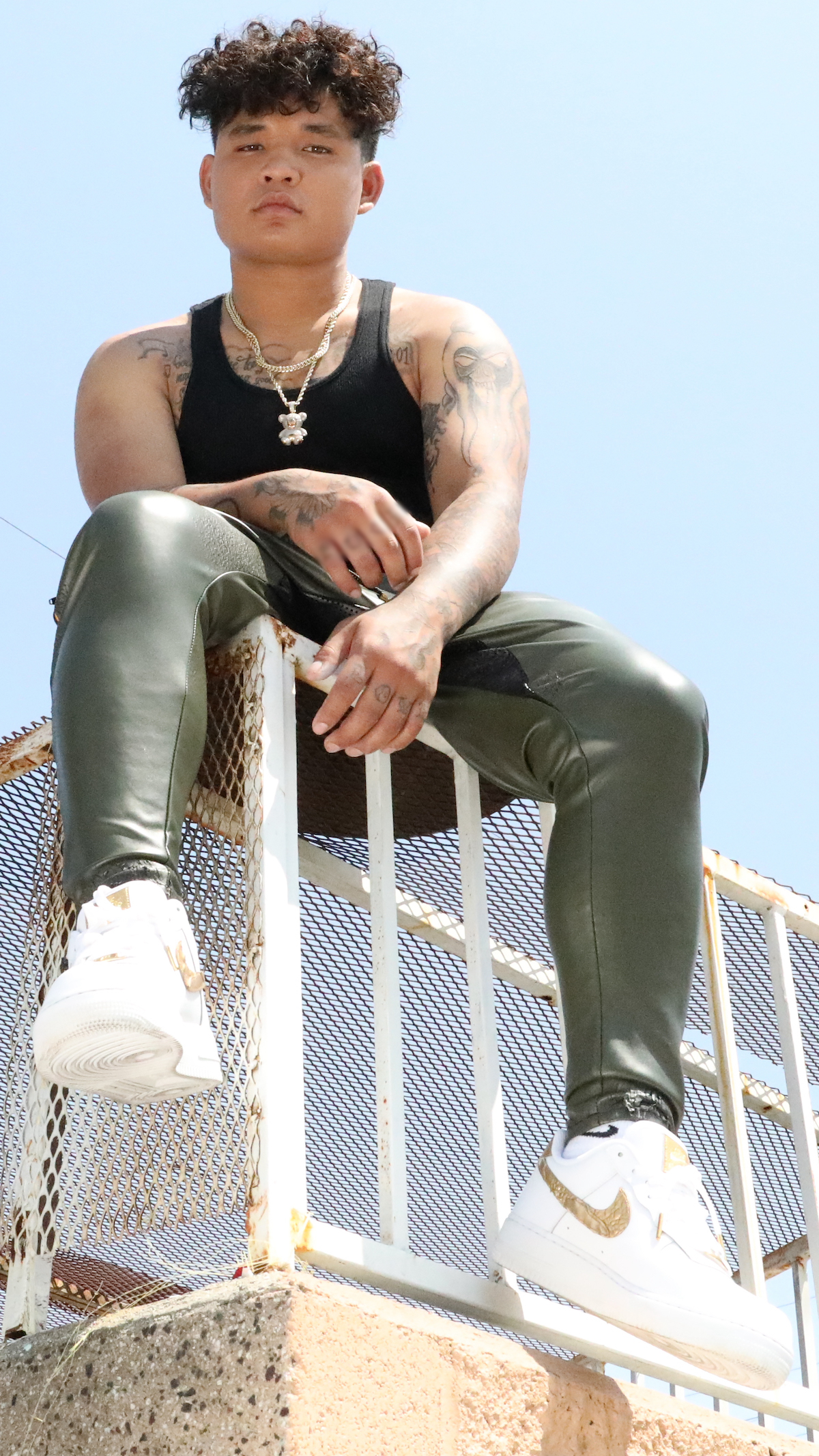