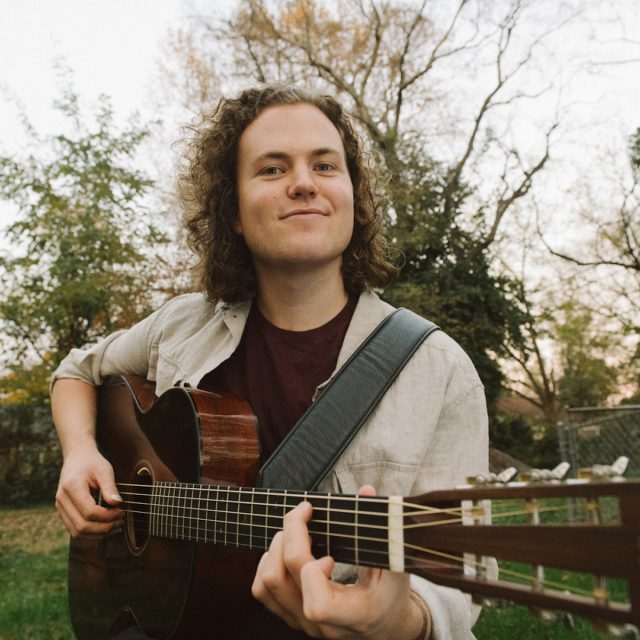 Sam Robbins is older than he looks — in more ways than one. The baby-faced Nashville singer-songwriter and former Voice contestant has probably been carded for every beer he’s ever bought, even though he’s passed the quarter-century mark. More importantly, on the musical level he’s definitely an old soul more in tune with the classic ’70s troubadourism of James Taylor, Jim Croce and Jackson Browne than the trendy pop shenanigans of countless artists his age. Check out his nostalgic recent single Reverence below and you’ll know what I’m talking about. Then, check out his answers to my silly questions and you’ll know what he’s all about. If that process didn’t age him 20 years, nothing will.

Introduce yourself: Name, age (feel free to lie), home base and any other details you’d care to share — height / weight / identifying marks / astrology sign / your choice.
Sam Robbins, 25. I live in Nashville, and I’m from Portsmouth, N.H. originally. Virgo/Cancer moon. In one of the songs from my new album, I say “I’m just a man born and bred in New Hampshire, blond hair, six foot one and three quarters.”

What is your musical origin story?
I’m a guy from a small town with a great arts scene. I was lucky enough to be generally supported by my town and my family/friends, even when my songs were pretty terrible. I had a little squad of songwriter friends and we all got better together, inch by inch. One day I felt like I wrote an actual decent song, but it took a long, long time. I’m just grateful I was given the opportunity to try for that long, long time until something good came of it. I went to college for music, which was an interesting ride … learned a lot, and had to unlearn a lot after! But it’s been a great ride so far.

What’s your latest project?
My upcoming second album Bigger Than In Between, due Aug. 5 It’s really a next step from my first album, recorded and produced in a completely different way. It’s a folk album, but it has many twists. I tried to have no rules in writing and recording. It’s fun! The first single is Reverence.

What truly sets you apart from other artists?
I think what sets me apart is what sets all of us apart from each other. For a long time, I was always told that I have to “find what sets me apart.” But now, my mentality on it is that you just have to be brave enough to let your true self out. I don’t always do this, but there are some moments on my new album where I feel like I visited that place. Where suddenly, even just for one song at a time, I didn’t listen to the insecurities, or how it would be perceived, or if it was marketable, or if anyone would like it. I wrote it because I wanted to! And I think those moments where everything else fell away are what sets me apart.

How will my life improve by listening to your music?
I hope you can listen to my music and try to relax. I think, especially with this new album, I’ve just tried to let go of myself and write. I tried not to worry about how people would perceive it, and maybe that makes it better. I’m (trying, anyway) to not try too hard in any direction, and just let it flow. Maybe that would encourage the listener to do the same!

Tell us about the first song you wrote and / or the first gig you played.
The first gig I ever played was at 13, for my former elementary school’s talent show / fundraiser. Yes, it was that kind of an event. For some reason I had the idea to ask if I could be a part of it and it worked! I sang You Can’t Always Get What You Want, and honestly, it was an epic moment!

What is the best / worst / strangest / most memorable performance you have given?
I remember I was playing at a horrible biker bar years ago when I first started playing out (and would play anywhere). It was in a city in N.H. that had been ravaged by the opioid crisis, and a very large, kind of scary-looking guy walked over to me. I honestly judged him at first glance and was expecting him to be rude, but he quietly asked if I could play the Michael Bublé song Home. He said his brother had overdosed and died the day before, and that was his favourite song. He asked if he could take a video to send to his family, and he stood behind a pillar, maybe 30 feet away from me, out of view of the whole place, and just sobbed while he filmed me. He came up and thanked me afterwards. It was a powerful moment for sure.

What words do you hope people use when they describe you?
Kind, or at least trying to be.

What do you collect?
Guitars! Shocking. I’m basically an acoustic-guitar fanatic. I love the history of them, and I love that you can follow the trends of U.S culture with the different kinds of guitars … it’s cool!

If money was no object, where would you live?
I think I would try to live on the coast of New England, North Shore Boston / N.H. area. That’s near where I grew up and the way the towns have changed, money would definitely have to be no object! It just feels like home up there, because it is. No white-sand beaches, the water is ridiculously cold, the winters are insane, but I would love it.

Which historical event do you wish you had witnessed?
I wish I could’ve witnessed The Beatles on Ed Sullivan. Media today is so much more split up and individualized. We all have our own social media algorithms that show us exactly what we want to see. Obviously, this has good and bad consequences, but it would’ve just been amazing to experience such a collective lightning strike, where in one chord everything changed. The Will Smith slap is the closest I have to that.

What’s your idea of perfect happiness / total misery?
I’m not sure if this is a perfect answer to the question, because in a way it was pretty disturbing, but it taught me something. During peak COVID times, I remember I finally let go of the idea of “needing” to do anything right at that moment. I struggle a lot with having my mind in a million different places, and I remember a few brief moments of thinking, “Nothing needs to get done right now.” I was sitting on my couch playing Mario 64, and nothing needed my attention other than that. I’m not sure if that’s perfect happiness exactly, but I learned a lot about what that could be for me.

Who should play you in the movie of your life?
Many people have told me that I look like two actors. Sometimes it’s Heath Ledger, and sometimes it’s a much, much less good-looking actor! So, if he was still around, I’d prefer Heath Ledger!

What’s your motto?
Be Nice. Man, everyone is having a tough time all the time and I just try to get my own ego out of the way and be kind when I can.

What’s always in your refrigerator?
Peanut butter. Kroger brand crunchy natural peanut butter. You get it and stir it, and then stick it in the fridge and it’s perfect. I eat it… basically all day.

If you had one day to spend as you please without any consequences, what would you do?
I’d definitely go to a ridiculously nice restaurant and spend like $1,000 on food in one sitting. Maybe one day I’ll be able to do that, but it seems so insane to me now. I’d just love to talk to the chef about it, and how they see food as art. I love talking with anyone who is really passionate about something that I know absolutely nothing about. I can go on forever about guitars, music and Star Wars, but I just love when someone has a passion that I have no idea about.

What was your favourite class in school and why?
I always really loved history classes. It was always trippy to realize that these things we were learning about in a book actually… happened… to people that are the same as me. It feels so distant but it’s really not, and realizing that we’re all connected through history, and that you can tie a string from what my life is today to people thousands of years ago, both good and bad, is an amazing thing. I think it ties in with my music and writing too.

What was the worst job you ever had?
I’ve really only ever had two jobs — music and then I worked at a frozen yogurt shop for two years. That was… really fun in some ways but of the two, I’d say it was the worse job! I gained a few pounds, made very little money… it was a classic first job!

What’s the best and / or worst advice you were ever given?
I think the best advice was about music: “You just need to play in people’s backyards.” It was right before COVID, and that along with a lot of other mindset-shifting things in that conversation really set me on a different course in music. I was trying so hard to do so many things, and I was spreading myself really thin. I was feeling a little lost after being in Nashville (where it’s very easy to get lost) for about six months, and after that conversation, I just decided to try to write the music that I want to write, and try to let go of any ego and just play in people’s backyards, in their living rooms, anywhere. It made me realize that community is the most important thing! 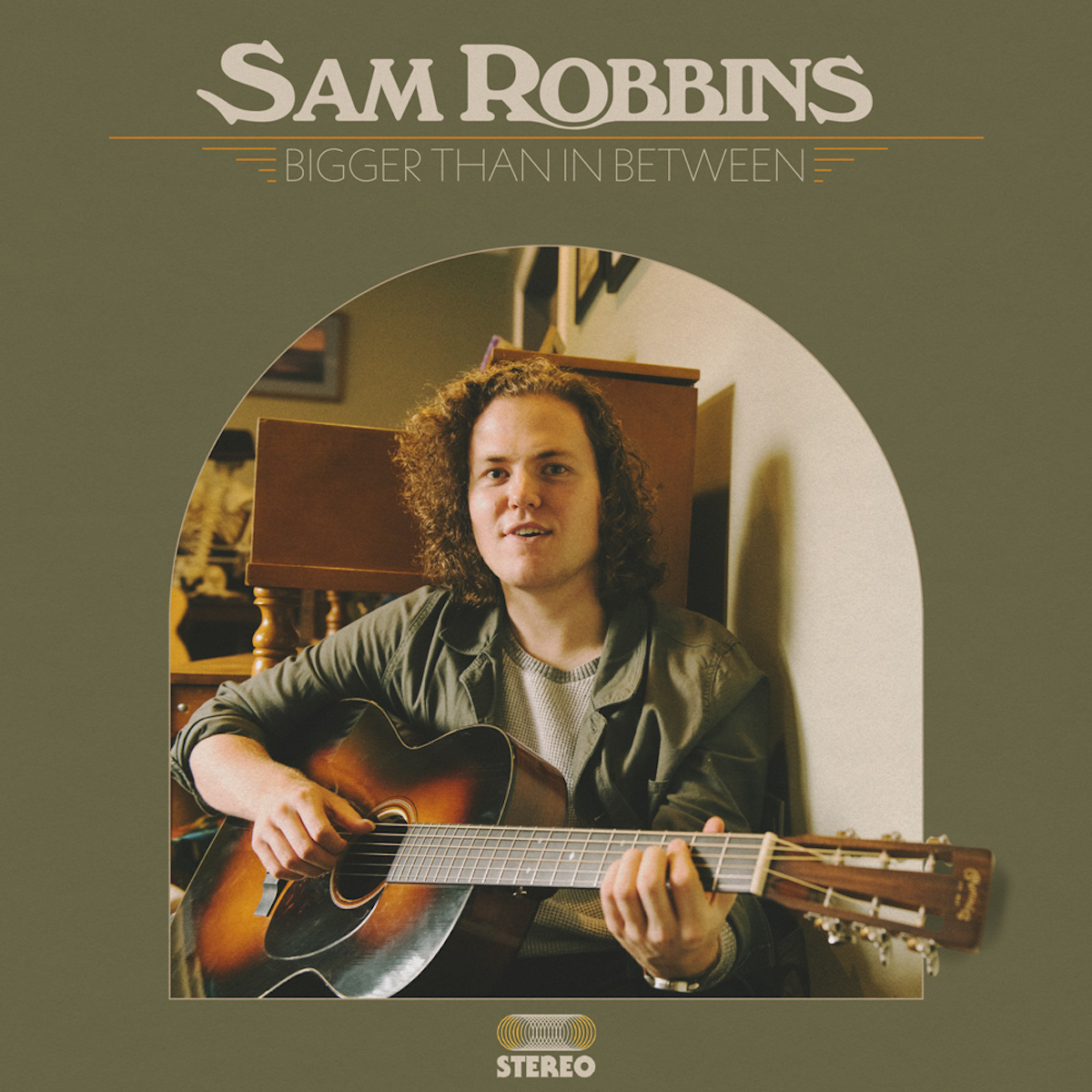