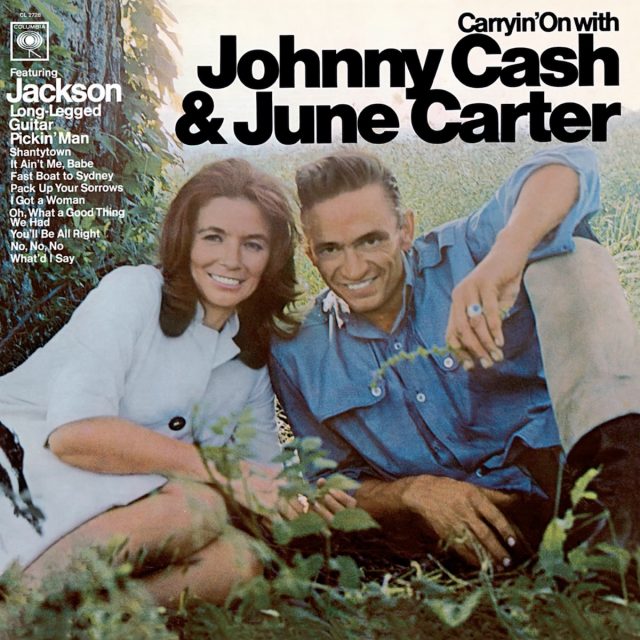 To celebrate country legend Johnny Cash’s 70th birthday, the folks at his record label Sony threw quite a little party in his honour — by releasing a couple of greatest-hit collections, a star-studded tribute disc, and reissues of five of the Man in Black’s classic discs from the ’50s and ’60s.

In typical fashion, the quintet — The Fabulous Johnny Cash, Hymns by Johnny Cash, Ride This Train, Orange Blossom Special and Carryin’ On With Johnny Cash and June Carter — were all remastered and augmented with bonus tracks, copious liner notes and even anecdotes from Cash himself. Here’s the lowdown on one of them. You can use the search box to find the rest: 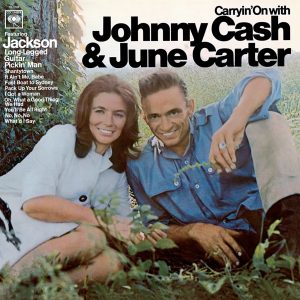 Johnny Cash
Carryin’ On With Johnny Cash and June Carter

The Back Story: One of country music’s greatest couples make some beautiful music together on this fiery collection of duets, backed by crack Nashville pickers.

The Hits: The megasmash Jackson (which later became this album’s title) is the standout, but I’m kinda partial to Long-Legged Guitar Pickin’ Man, whose rockin’ harmonies prefigure X by a full decade. Groovy takes on Ray Charles’ I Got A Woman and What’d I Say don’t hurt either.

The Extras: The bouncing country track The Wind Changes and the patriotic anthem From Sea to Shining Sea.

The Final Verdict: Listening to them play together, it’s no wonder they’ve stayed together.