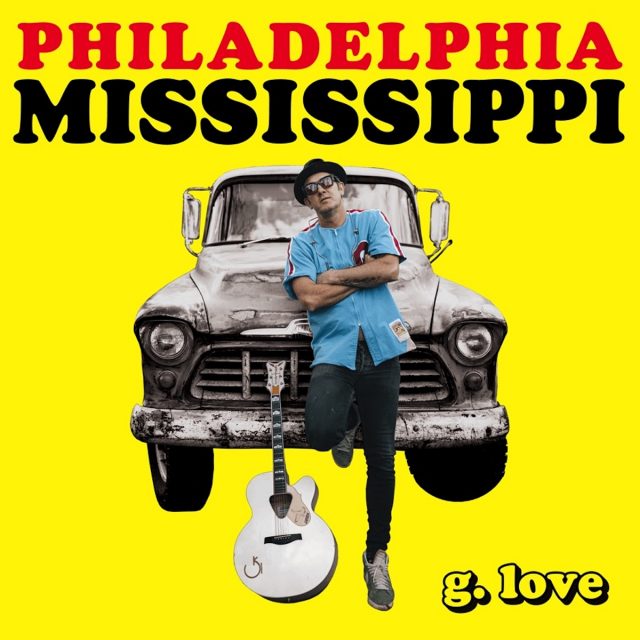 Philadelphia Mississippi is comprised of 13 songs. All of them are loose, free-flowing and written in the studio. And all of them showcase G. Love’s freestyling capabilities, both lyrically and sonically. The freewheeling arrangements feature guests including blues torchbearers Alvin Youngblood Hart, Cam Kimbrough, Christone “Kingfish” Ingram, Jontavious Willis, R.L. Boyce and Trenton Ayers, rap icons Schoolly D, Freddie Foxx and Speech from Arrested Development, and ace musicians such as fifemaster Sharde Thomas and Southern Avenue drummer/singer Tikyra Jackson.

“I grew up in Philadelphia, Pennsylvania, but I’ve spent my entire life steeped in the music of the Delta, so the idea that there was this whole other Philadelphia down there always fascinated me,” G. Love explained. “For the last 30 years, I’ve wanted to make a pilgrimage — not just a musical one, but a spiritual one — to the heart of the blues, and that’s exactly what this album is.”

Look (and listen) no further than first single Love From Philly, which features Schoolly D, Treece and Ayers. “Love From Philly was originally written for the Love From Philly benefit, which benefitted struggling artists during the pandemic,” explained G. Love. “As the year progressed it became a live staple. Later on, I tapped Chuck Treece and legendary Philadelphia hip-hop artist Schoolly D to contribute verses turning a live jam into an iconic Philly classic. Along with Mississippi son Trenton Ayers’ melt-your-face lead guitar and BGVs from Memphis-based Tikyra Jackson, Love From Philly is a hip hop-blues instant hit.”