Glenn Branca’s music ascends, ESSi unveils a creature feature, Julie’s Haircut goes electric and more this week. I didn’t have time to write about these albums, but I gave them a quick scan and liked what I heard. Check them out below, along with quotes from their press releases. I’ve included Bandcamp links so you can buy the music straight from the source — assuming you like what you hear too. 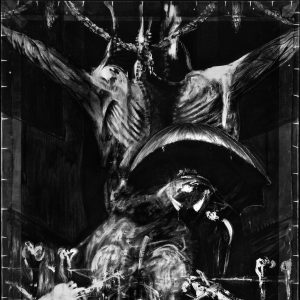 THE PRESS RELEASE: “The Third Ascension is the first release from avant garde composer Glenn Branca since his death in 2018. This is a return to the 4-guitar, bass and drums format of his legendary 1981 release The Ascension as well as 2010’s The Ascension: The Sequel. The recording is a live performance by The Glenn Branca Ensemble at NYC’s The Kitchen in 2016. Emerging from the late 70’s No Wave scene and moving into composition, Branca’s 45 years of work as a composer included music for experimental rock bands, large ensemble instrumentals for electric guitars, symphonies for both electric instrumentation and acoustic orchestras, chamber ensembles, an opera, a ballet, choral works, and music for film, dance, theater, and installation art. Membership in his Ensemble jumpstarted the careers of Sonic Youth, Swans and Helmet and his influence on the worlds of Rock, Contemporary Classical, Experimental, and New Music is incalculable.” 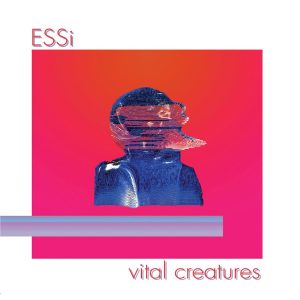 THE PRESS RELEASE: “It’s uncanny to think that NYC duo ESSi should be just that; a duo. However, Jessica Ackerley and Rick Daniel continue to compose and play with the dynamic virtuosity and tonal enormity of some full, unworldly orchestra. Their forthcoming LP Vital Creatures skirts the edges of genre, never quite standing still, but the one thing that remains the same across its fourteen tracks, is that they’re all huge. Recorded, mixed, and mastered by the legendary Jonathan (Jonny) Schenke at Thump Studios, the record displays a deft and appropriate mixture of guitar pedals, percussive electronics, and vocal distortion. Having come from backgrounds in noise rock, jazz improvisation and otherwise experimental bands (the likes of Gold Dime and Yvette), Ackerley and Daniel play with a knowledge of self and a proclivity for unorthodox songwriting that is unparalleled.” 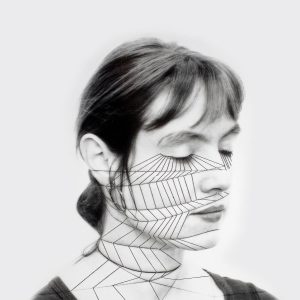 Julie’s Haircut
In The Silence Electric

THE PRESS RELEASE: “In The Silence Electric, the latest record from a band with a quarter-century-history, is notable for its deft balance between hypnotic radiance and otherworldly intensity, between beatific calm and palpable anger. Yet it’s also a record which has arrived through a strange process of osmosis from a band confident enough to let subconscious and metaphysical aspects steer them in the appropriate directions. The result was nonetheless also informed by a recent live soundtrack project the band embarked upon in tandem with Josef Von Sterberg’s 1928 classic The Last Command, as well as recent visits by the band’s Andrea Rovacchi to Mozambique, where he was subsumed by the local music and culture, bringing back a finger piano which makes its presence felt amidst the polyrhythms and primal scream therapy of Pharaoh’s Dream. “There’s a theme springing from the title of the record and the photos of Annegret Soltau that deliver some sense of helplessness, suffocation, difficulty in communication” notes Luca. Yet for all this – and paradoxically enough – In The Silence Electric is both this mysterious and rebellious band’s most adventurous and most direct record to date – not to mention an ever more compelling transmission from renowned experts in altered states.” 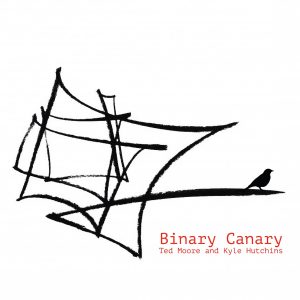 THE PRESS RELEASE: “Binary Canary is a collaborative improvisation ensemble featuring electronicist Ted Moore and saxophonist Kyle Hutchins. Their work together since 2013 has included a wide range of free and structured music with interactive multimedia, being featured on series and festivals throughout the United States and Europe. Their third album ‘iterative systems’ features work for feedback saxophone, feedback cymbal, tubes, no-input mixer, and eurorack.”