Jeb Loy Nichols works month to month, The Kernal live it up, Daniel Martin Moore stares you down and more this week. I didn’t have time to write about these albums, but I gave them a quick scan and liked what I heard. Check them out below, along with quotes from their press releases. Hope you like what you hear too. 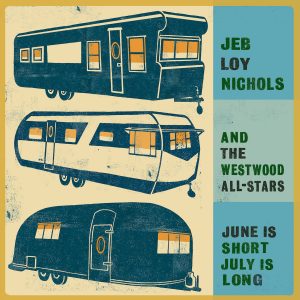 THE PRESS RELEASE: “Jeb Loy Nichols, the UK-based, US-born artist and songsmith, has been putting out his own singular brand of smoky retro soul for over two decades, gathering a fervent cult following along the way. Nichols, backed by his touring band, the Westwood All-Stars, will release a new studio album, June is Short, July is Long. Raised on bluegrass and country & western music, Nichols discovered southern soul when he was a teenager. From there it was off to New York City and hip-hop, then to London and reggae and dancehall. It was this potent mix of genres – classic American roots music and Jamaican reggae, dub and dancehall – that’s since been his signature. Having spent brief periods in Missouri, Texas, New York and London, Nichols found his home in a remote smallholding in the Welsh hills in the ’80s. This back-to-basics, rural lifestyle is mirrored in his approach to music and the art that graces his album covers and informs his videos. June is Short, July is Long, his 11th solo release, is a cross-genre collection that documents his journey from being born and raised in the American Midwest through to his current life in the rolling hills of rural Wales. “It’s full circle,” he says. “I started off in the Ozark hills and now here I am, in the hills again.” 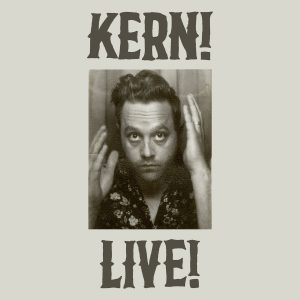 THE PRESS RELEASE: “Based in the halfway point between two Tennessee music meccas, The Kernal is apart yet plugged into the fertile East Nashville music scene, a Southern gentleman with an old soul who is tied deeply to the legacy and showmanship of the wandering musician and the historic Grand Ole Opry. KERN! LIVE! is a brand new live album from The Kernal. KERN! LIVE! was recorded at Brooklyn’s Union Pool and 116 E Mobile in Florence, Alabama. If you’ve seen them, you know. If you haven’t, here you go!” 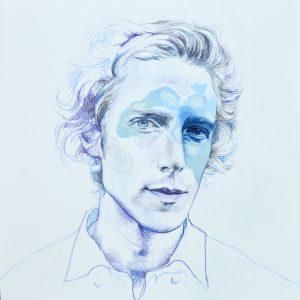 THE PRESS RELEASE: “Never Look Away, the 9th album from Daniel Martin Moore, finds the artist expanding, experimenting, and having fun in the studio. Co-produced by multi-instrumentalist Seth Kauffman, the recordings are candid, unfussed-over, and full of energy and light. “Seth is a wonder. I’ve admired his work for years, and it was a joy to bring this batch of songs to life with him,” said DMM. Kauffman is best-known for being the man-behind-the-band Floating Action, playing nearly all of the instruments, producing, recording, and mixing the albums himself. (In his spare time, he plays on the albums and in the touring bands of Jim James, Ray Lamontagne, and many others.) The two artists convened at Kauffman’s home studio in Black Mountain, NC and set about to build the framework for the songs. Working from the rhythm up, they then added DMM’s guitar or piano, and a scratch vocal as a road map. From there, Kauffman added percussion, bass, and other supporting instruments. At that point, DMM took the tracks back to his home studio in Kentucky, enlisting a trusty team of long-time collaborators to complete the record: Dan Dorff, Jr. on piano; Alexis Marsh on flute, clarinet, and saxophone; Scott Moore on violin; Charlie Patton on cello; with Sarah Teeple adding harmonies on the title track. The end result is a richly-layered, rhythmically-driven, vocal-centered, incredibly enjoyable album – the strongest of DMM’s career.” 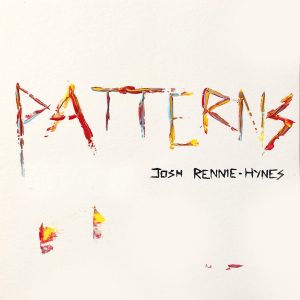 THE PRESS RELEASE: “When Josh Rennie-Hynes moved to Nashville last year, he wasn’t just leaving behind his Australian homeland, he was leaving behind the country where he’d kicked off his solo career with two acclaimed albums, before finding an international audience as one half of The Ahern Brothers. Patterns marks Josh Rennie-Hynes’ most indie rock-oriented album to date. There are layers of electric guitar, swirling keys, and pounding percussion, all wrapped around a voice that swoons and swaggers in equal measure. With Patterns, he makes a compelling case for taking the road less traveled. Whatever genre you’d like to call it, this is music at its most engaging, written by an artist whose travels, heartbreaks, trials, and triumphs have molded his sound into unique shapes. These Patterns are all his own.” 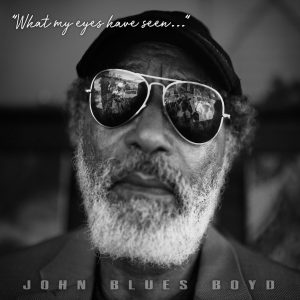 John Blues Boyd
What My Eyes Have Seen / Through My Eyes

THE PRESS RELEASE: ” Born in Greenwood, Mississippi in 1945, John Blues Boyd was picking cotton in the fields at the age of seven. At age eighteen he was run out of town by racist forces for joining Martin Luther King’s Freedom March at sixteen. It was obvious to producers Kid Andersen and Guy Hale that this record had to be about his life. A life that has witnessed the struggle and oppression of Afro Americans through the dark days of Jim Crow. John overcame all this and married and made a good life for himself and his lovely wife Dona Mae in California. The songs that Kid, John, and Guy have written are snapshots from a life camera. Pivotal moments in a long life well lived and John has inhabited them with his body and soul. This record is not just John Blues Boyd’s story but stands as a testament to the struggle and contribution of the Afro American people who have contributed so much to make this country great. It also gives warning of what happens when racism and inequality are allowed to have a voice in society.” NOTE: Some sources say the album is called What My Eyes Have Seen; others say it’s Through My Eyes. Your guess is as good as mine. 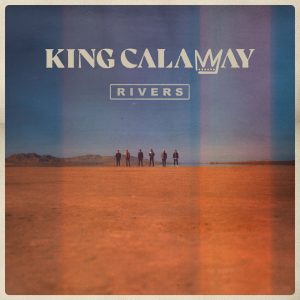 THE PRESS RELEASE: “Rising Nashville band King Calaway announced its debut album Rivers will be released Oct. 4. “We’re so excited to announce the release of a record we’ve worked so hard on this past year. Everyone who worked on this album shared a similar vision of creating an authentic, original sound while spreading a message of positivity through the lyrics and melodies,” singer and guitarist Chad Michael Jervis says. “With our love and passion for making music, the title track mirrors who we want to be as a group. ”I know where we belong, I know where we feel free. And it goes on and on, like rivers to the sea.” We hope our debut album inspires others the way our favorite albums have inspired us.”