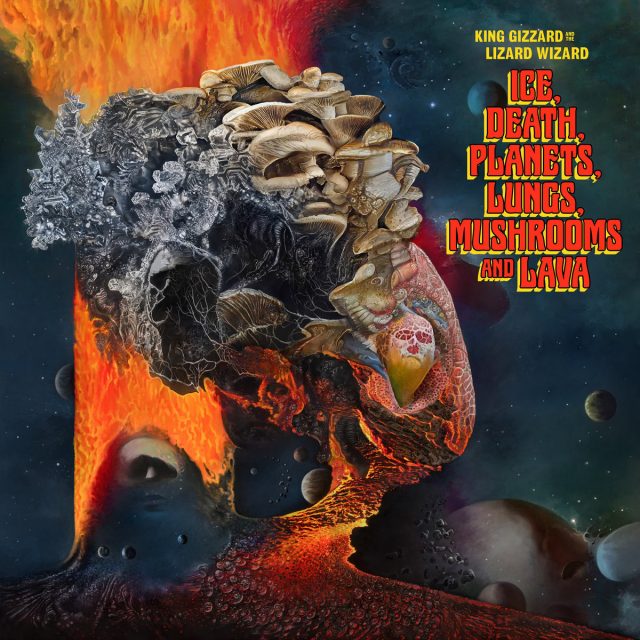 THE EDITED PRESS RELEASE: “Australia’s prolific atom-splitting polymaths King Gizzard & The Lizard Wizard are poised to exceed even the most hyperbolic projections by releasing three — yes, three — new albums this month, beginning with Ice, Death, Planets, Lungs, Mushrooms And Lava. Next comes Laminated Denim, dropping somewhat unconventionally on Oct. 12, a Wednesday. Finally, on Oct. 28, the band will release Changes, their fifth album of the year.

As you might expect from a band this prolific and productive, things move fast in the Gizzverse — so before Stu Mackenzie and his bandmates had even completed work on their recent mammoth double album Omnium Gatherum, they’d started sketching out this next record. Their single The Dripping Tap had begun life as a handful of ideas and riffs that had arisen at pre-pandemic soundchecks and demos recorded through lockdown. For this new album, however, the group wouldn’t be bringing in any pre-written songs or ideas; instead, they planned to cook up all the music together in the studio, on the spot.

“All we had prepared as we walked into the studio were these seven song titles,” says Mackenzie. “I have a list on my phone of hundreds of possible song titles. I’ll never use most of them, but they’re words and phrases I feel could be digested into King Gizzard-world.” Mackenzie selected seven titles from his list that he felt “had a vibe,” and then attached a beats-per-minute value to each one. Each song would also follow one of the seven modes of the major scale: Ionian, Dorian, Phrygian, Lydian, Mixolydian, Aeolian and Locrian. 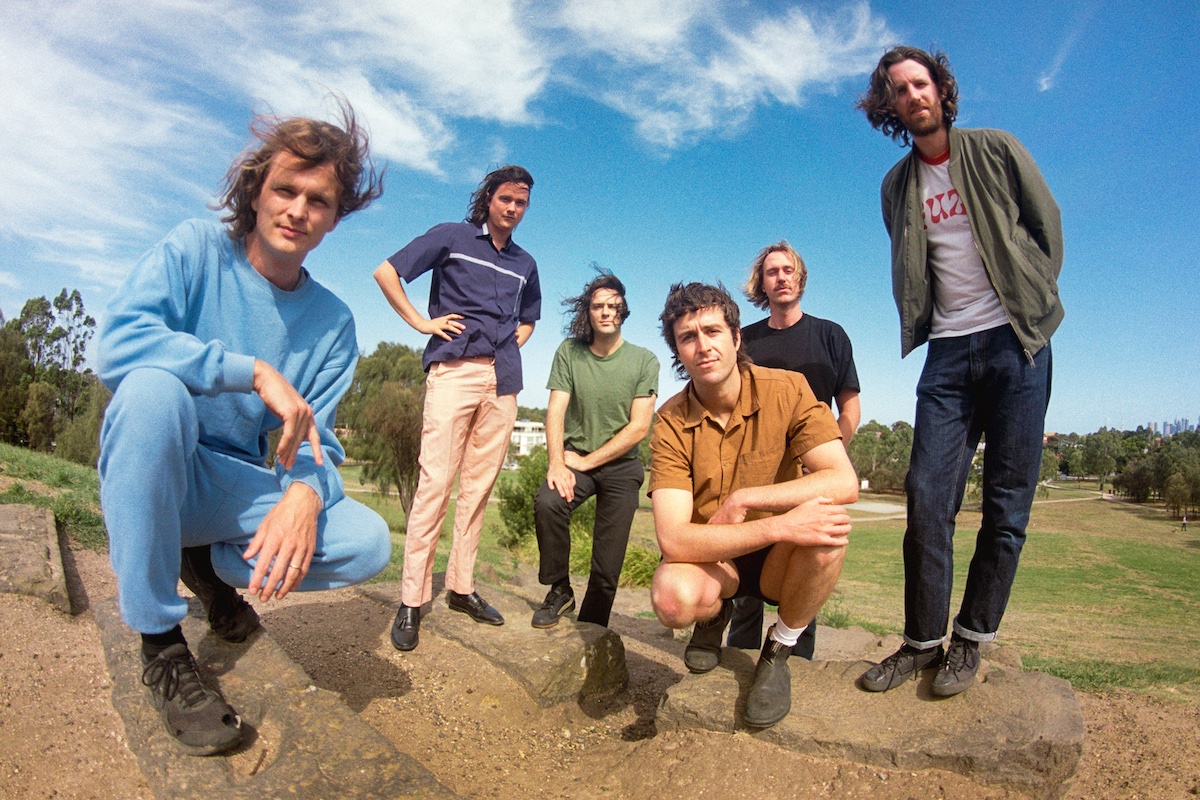 Over seven days, the group recorded hours and hours of jams, dedicating a day to each mode and BPM. “Naturally, each day’s jams had a different flavor, because each day was in a different scale and a different BPM,” Mackenzie says. “We’d walk into the studio, set everything up, get a rough tempo going and just jam. No preconceived ideas at all, no concepts, no songs. We’d jam for maybe 45 minutes, and then all swap instruments and start again.” The group ended each day with four-to-five hours of new jams in the can. Mackenzie auditioned those jams after the sessions were done, stitching them together into the songs that feature on the King Gizzard & The Lizard Wizard’s 21st studio album Ice, Death, Planets, Lungs, Mushrooms And Lava (the initials of the title spell out a mnemonic for the modes).

Having assembled full working instrumentals from these jams, Mackenzie and his bandmates began overdubbing flute, organ, percussion and extra guitar over the top. The lyrics, meanwhile, were a group effort. “We had an editable Google Sheet that we were all working on,” says Mackenzie. “Most of the guys in the band wrote a lot of the lyrics, and it was my job to arrange it all and piece it together.”

The result of this radical, experimental creative process is one of the densest, most unpredictable statements from a band whose work always rockets in from unexpected angles accompanied by a wealth of subtext and theorems. But you don’t even need even a passing understanding of those Ancient Greek musical modes to appreciate this adventurous new music.”

Watch my interview with Ambrose Kenny-Smith of King Gizzard & the Lizard Wizard and their brother band The Murlocs HERE.