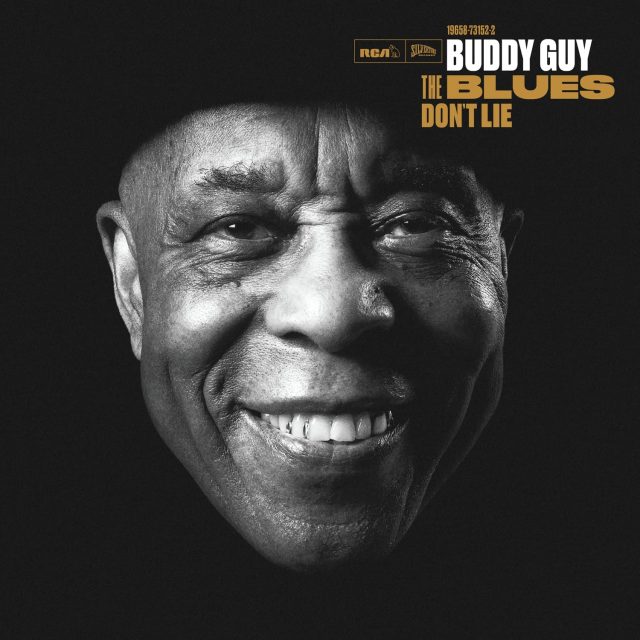 The album will be released exactly 65 years to the day that Guy arrived in Chicago on a train from Baton Rouge in September of 1957, with just the clothes on his back and his guitar. His life would never be the same, and he was born again in the blues. The Blues Don’t Lie tells the story of his lifelong journey.

Reflecting on this body of work, Buddy says: “I promised them all — B.B., Muddy, Sonny Boy — as long as I’m alive, I’m going to keep the blues alive.” He has indeed proven that again, and proclaims, “I can’t wait for world to hear my new album cause The Blues Don’t Lie.”

The Grammy-winning blues icon is joined by Southern singer-guitarist Isbellon the expressive duet Gunsmoke Blues, while gospel icon Staples appears on the forever timely and spellbinding We Go Back. Guy partners with Taylor on Follow the Money, a harmonious collaboration unmarred even by its focus on politics, sinister greed and more.

The recipient of the 2015 Grammy Lifetime Achievement Award, Guy’s incredible career spans over 50 years with just as many albums released. His career highlights include eight Grammy Awards, 38 Blues Music Awards — the most any artist has achieved — a Kennedy Center Honors, NARM Chairman’s Award for Sustained Creative Achievement, Billboard Music Awards’ Century Award for distinguished artistic development, a Presidential National Medal of Arts, and induction into the Rock And Roll Hall of Fame, to name a few.

At 86 years young, Guy proves that it gets greater later as he continues to record and tour around the world.”