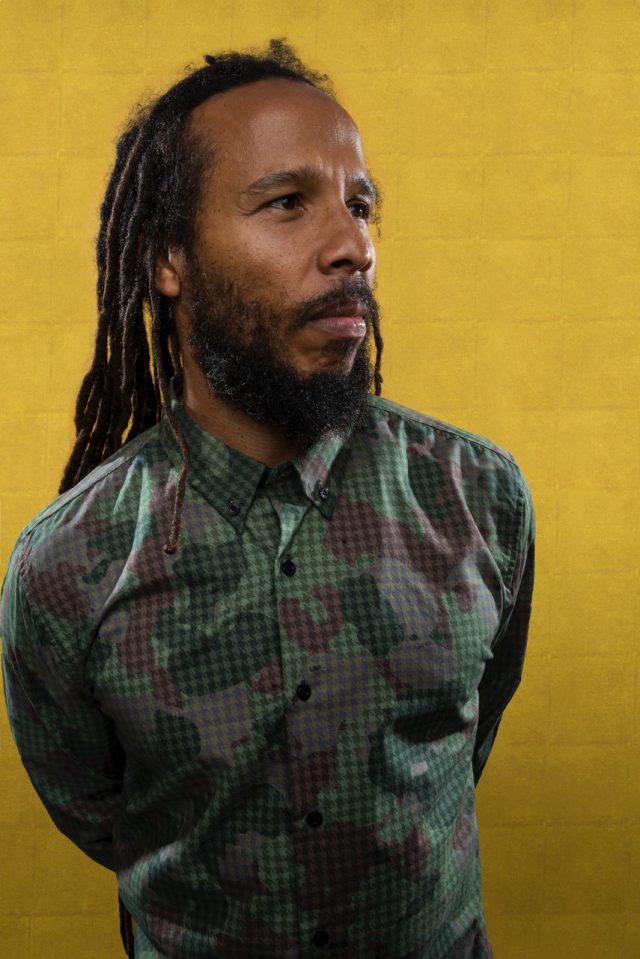 I can think of no better day than today to revisit my 2011 interview with Ziggy Marley. Here it is, slightly edited (but not blunted):

Ziggy Marley is no dope. But he is pro-dope. “Yeah, I smoke herb, brother,” confesses the second-generation reggae musician. “I smoke herb. But I’m not abusing it, you know. I’m not addicted.”

The singer-guitarist’s admission is hardly a revelation. He is, after all, the son of Jamaican superstar Bob Marley, who sang the praises of his beloved ganja on and offstage. Even Ziggy’s first name — he was christened David — is slang for “small joint.” But Ziggy is more than some fortunate son trading on his father’s legacy. He’s a star in his own right, with a handful of albums under his belt and a handful of Grammy Awards on his mantle, including one for his 2009 children’s album Family Time (he’s a father several times over). 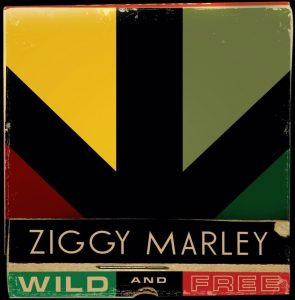 His fourth studio album Wild and Free is not for kids. Packaged in a giant cardboard matchbook decorated with a stylized marijuana leaf, it’s a throwback to the slowburning offbeat grooves and one-love anthems of his father — updated with input from more contemporary figures like producer Don Was, songwriter Linda Perry, rapper Heavy D and even hemp-loving Woody Harrelson, who adds surprisingly decent vocals to the weed-worshiping title cut.
From his home in California, the noticeably prompt and lucid Marley talked about his famous name, his pro-hemp stance and his comic-book character Marijuanaman.

Your last name must open a lot of doors for you. But does it also cause difficulties?
Difficulties? Nah, I don’t really see difficulties. Everything is for a reason and a purpose. I don’t know if I would call anything a difficulty in having the name Marley.

I would think it might be a problem at airport security.
Ha! Nah, when they see my name, they just say, ‘Go ahead, you’re OK.’ My father went through enough of that. Now the name is respected. And I’m not doing anything stupid or foolish that would cause anything negative toward my name. I’ve done enough work that people can recognize me too. There’s a much wider perspective to the name Marley than there was 20 years ago.

Wild and Free is a very traditional reggae album sonically. Did you set out to honour the sound of your father?
I think that’s a good description. And I did think about that. I wanted to do something that was about keeping the roots and the tradition strong and I think I achieved that. But I also wanted it to feel fresh, so I put in elements that I like that might not be on a traditional reggae record, you know. But definitely, this one is for the fans who love reggae and Bob and the history of the music.

“As soon as Ziggy Marley says marijuana, everybody thinks he’s talking about smoking marijuana. That’s not what I’m about. My stance on the plant is not stereotypical.“

What kind of obligation do you feel to his legacy?
That’s not the way I look at it. It’s not about my father’s legacy. It’s just about being a good human being. Being a good man. Having spirituality in your life. These seeds were planted by my mother and father. But it is not about obligation to that. It is about obligation to a philosophy of life which my father followed and which I follow too, and which is a thing of love and righteousness and help and revolution. These are the philosophies that I and my father share.

Doesn’t the pro-marijuana message undermine the love and help aspect of that philosophy, though? It must turn some people off.
The truth is always valid. It’s just that some people don’t want to hear it or don’t understand it. As soon as Ziggy Marley says marijuana, everybody thinks he’s talking about smoking marijuana. That’s not what I’m about. My stance on the plant is not stereotypical. I’m about the whole plant. There is more to this plant than has been portrayed. There are benefits to the plant medicinally as well as recreationally. The part of the story I am trying to emphasize is the industrial use of hemp to benefit the planet. It’s a natural resource we believe society should take advantage of. Everything on Earth has a purpose. Every tree has a reason for existing. So there’s a reason why this plant is here. Why would you neglect to use this plant for what it can be used for? 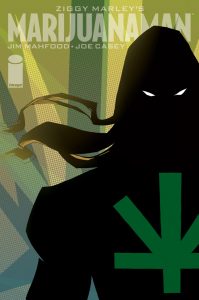 How do you feel about the deification of your father?
I think it’s cool. There’s nothing wrong with that. We all have our heroes and deities, and Bob is that for a lot of us. He’s a special human being. He is one of our prophets. The words he was saying and the message have great importance and great impact, just like any ideology. If Bob is looked on in that way, it just makes his message more potent, which is what we need.