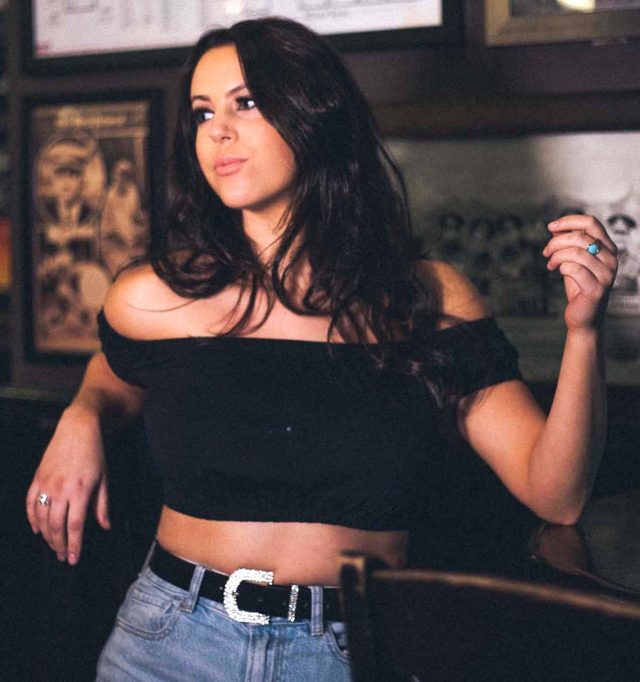 Nicole Sumerlyn is floating these days — and no wonder. The B.C. country-pop singer-songwriter’s career is on the rise thanks to a pair of infectious singles she released this year — the flirtatiously sassy Over A Drink and the sunny, fittingly titled summertime anthem Floatin’. Today, Sumerlyn — a girl next door who can hang with the boys — comes down to earth to answer my ridiculous questions. I suspect she’ll definitely need a drink after that. Let’s see how it went:

Introduce yourself: Name, age (feel free to lie), home base and any other details you’d care to share — height / weight / identifying marks / astrology sign / your choice.
Hey everyone! I’m Nicole Sumerlyn! I grew up in a smallish farming town in British Columbia called Abbotsford. I’m the most indecisive and chaotic Virgo you’ll meet. I’ll make you cupcakes if I like you. I’ll drink whiskey with you till 4 a.m. while I vent about my terrible love life. And, I’ll sing you a good ol’ country music song whenever you like.

What is your musical origin story?
Growing up, I went to a fine arts school. I was a dancer and played piano my whole life. Around the age of 13, I naturally started writing songs. That Christmas, I had written and performed a song for my school’s winter recital, and fell in love with singing live. From there, I started taking music lessons and obsessing about making country music. A few short years later, I started touring around my province — writing with people I met through the industry, playing shows, and more recently, recording and releasing my songs. Throughout the past 11 years, I’ve become addicted to country music and it’s now something I’m happy to say is my job!

What’s your latest project?
I’ve had two singles this year — one called Over A Drink and my most recent one, Floatin’. I worked on Floatin’ with producer and guitarist Mitch Merrett. Mitch is a mentor and a friend who I have wanted to work for a while. So I’m very grateful to have created this tune with him.

How will my life improve by listening to your music?
My goal with the music I make is to be the voice of what people want to say. I have a lot of light-hearted, energetic, and fiery songs that I want people to listen to and just have fun with. I also have a million songs of heartbreak and hardship that I want people to listen to and feel like they aren’t alone. Some of the best artists in my opinion are the ones who can be honest and show vulnerability, but still be able to get the crowd up and rowdy. When you listen to my music, I want to make you feel something, whether it’s happy, sad, drunk … haha. I want people who listen to my music to feel connected to me!

Tell us about the first song you wrote and/or the first gig you played.
The first song I wrote … well, I was a really creative kid. So I feel like I was pretending to write songs all through my childhood. However, the first official song I wrote was called Free. I was 13 and played it in a music competition and won first place! The first official show I played was a Christmas tree lighting in my hometown around the same age. I played one song, for about 2,000 people. I messed up my lyrics and was so upset that I cried in the car after with my mom, thinking I’d never be able to sing in front of people again, cause they would remember me as the girl who messed up. I would say I’m doing OK these days.

What is the best / worst / strangest / most memorable performance you have given?
I feel like through many years of playing shows in dive bars, there’s always something wild happening. I have two to share with you. The first moment that comes to mind was when my band and I first started doing gigs together, we were playing a weekend of shows in Victoria, B.C. We had all of Saturday free to mess around before the show, so we went out to the most touristy gift shop and each bought majestic animal shirts. We looked like complete dummies but we wore them to the show that night. No one in the crowd thought it was funny or understood why but we were having the best time. The second was a different time, when my band was up on stage playing the intro to the set, hyping everyone up. I was backstage ready to make my big, dramatic entrance. I heard my cue, ran on stage started singing, and my mic was dead. Nothing was coming out of it. It was so embarrassing that it was simply funny. There was nothing I could do to act cool but own it and laugh. I got a new mic given to me onstage so I turned around, got the band to restart, and got to do the beginning of the song over again. The second time, I was sarcastically dramatic with my entrance. Lesson learned: Triple-check the mic batteries every show.

What living or dead artists would you like to collaborate with?
I would like to write a song with Willie Nelson and Kacey Musgraves, sing a duet with Josh Turner, and rock the stage with a female power group of Miranda Lambert, Gretchen Wilson and Shania Twain!

What artist or style of music do you love that would surprise people?
Probably jazz. It’s usually all I’m playing at home. Especially when I’m baking! I’ve recently started to do a few jazz gigs for fun.

What words do you hope people use when they describe you?
As a person: Personable, caring and energetic. As an artist: Gritty, sassy, authentic.

Who can you do an impression of?
Over quarantine, I binge-watched Keeping Up With The Kardashians. So I feel like I can nail down my best Kim K voice pretty well.

Tell us a joke.
My dating life.

What do you collect?
I’m a pretty sentimental person. I never throw away cards of any kind. Birthday cards, graduation, love letters, you name it. I have a box of cards that I’ve had since I was a little girl.

If money was no object, where would you live?
I’m pretty sure I’d have houses for every season of the year. I’d rebuy my home that I grew up in first, then a place in the Bahamas for when it gets cold in the winter, and a home base in Nashville. Maybe a lake cabin in the woods up north in B.C. would be dreamy too.

What would you like to be reincarnated as?
A parrot, cause then I can talk to people still. They would still find me obnoxious but they could just blame the fact that I’m a parrot, instead of me just never knowing when to stop talking.

What’s your idea of perfect happiness?
I’m a bit of a hopeless romantic, but I’d like to believe that one day, my wedding would be a perfectly happy day. Not because it’s a wedding, but because that’s the one day that every person who I love the most would be in the same room. The idea of that is so lovely. 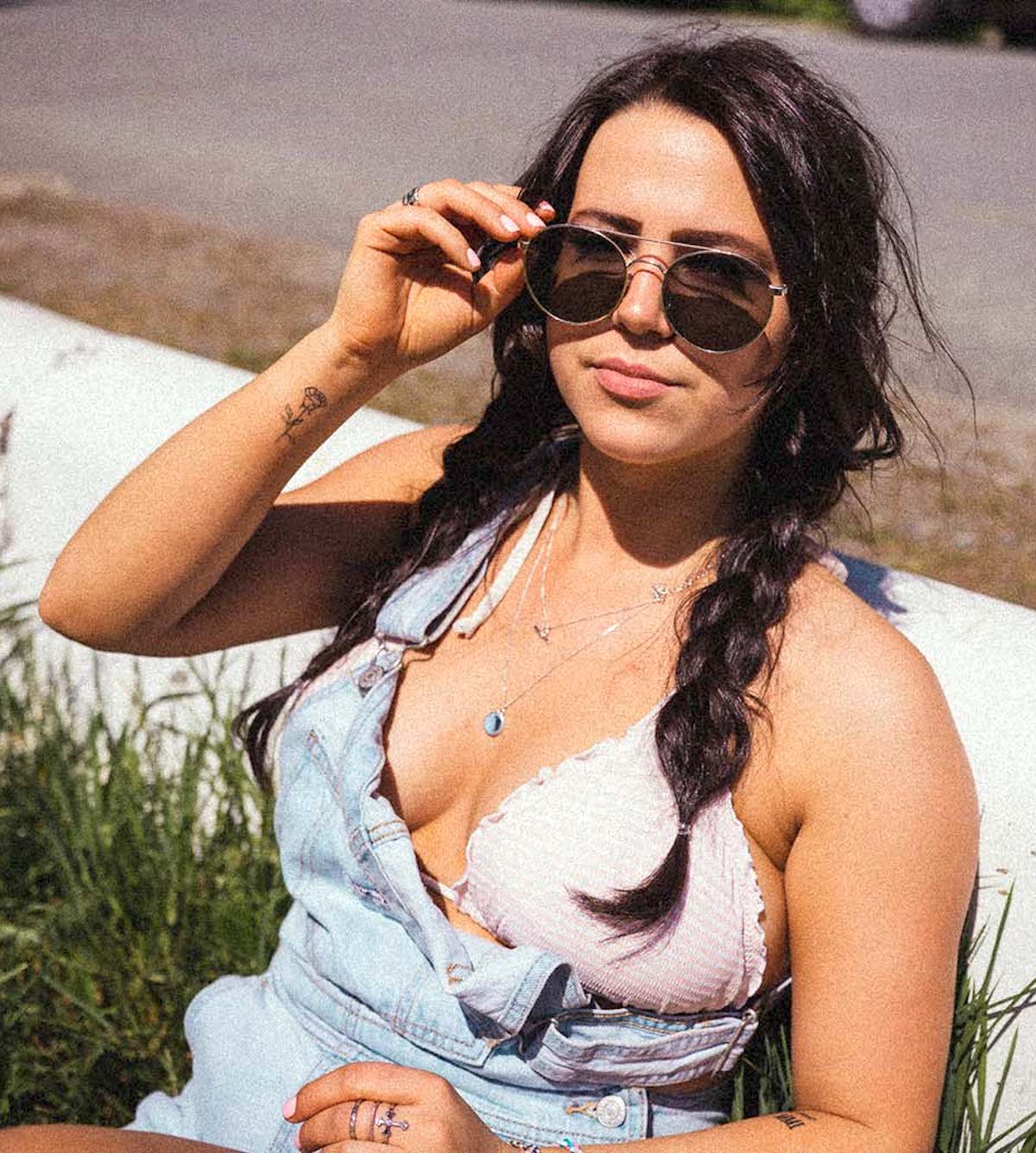 What are your pet peeves?
When people are rude, especially when you make the effort to be nice, When the cupboards aren’t closed all the way, and when pictures on the wall aren’t straight.

What’s your greatest regret?
I’m one of those people who don’t believe in regrets. It shapes you to be who you are as a person. I have — along with many others, I’m sure — done dumb things in my personal life that I maybe could have done without. However, no regrets.

What are you afraid of?
I’m really afraid of dying. As much as a heavy topic is that is, it really scares me. Also snakes. Not a fan of those things.

What’s your motto?
“You know what will happen if you don’t go.”

What’s always in your refrigerator?
Avocados! I eat them with everything..

If you could change one thing about yourself, what would it be?
To not be such a procrastinator.

What’s the silliest thing you believed as a child?
I tried to be a picky eater as a kid, so my mom told me that fish was chicken so I would eat my dinner. Apparently, I went my whole childhood thinking that they were the same thing.

What was your favourite class in school and why?
I liked English cause I was able to do creative writing, which I still love to do. Also liked biology, but only when were studying the human body and DNA.

What was the worst job you ever had?
There’s nothing like scrubbing old ketchup off walls or de-gumming tables at restaurants.

What’s the best advice you were ever given?
To care less about comparing your life to someone else’s. Everyone is at different phases of life. Focus on what makes you happy and what’s right in front of you. Take the pressure off and just enjoy the moment where you are at. 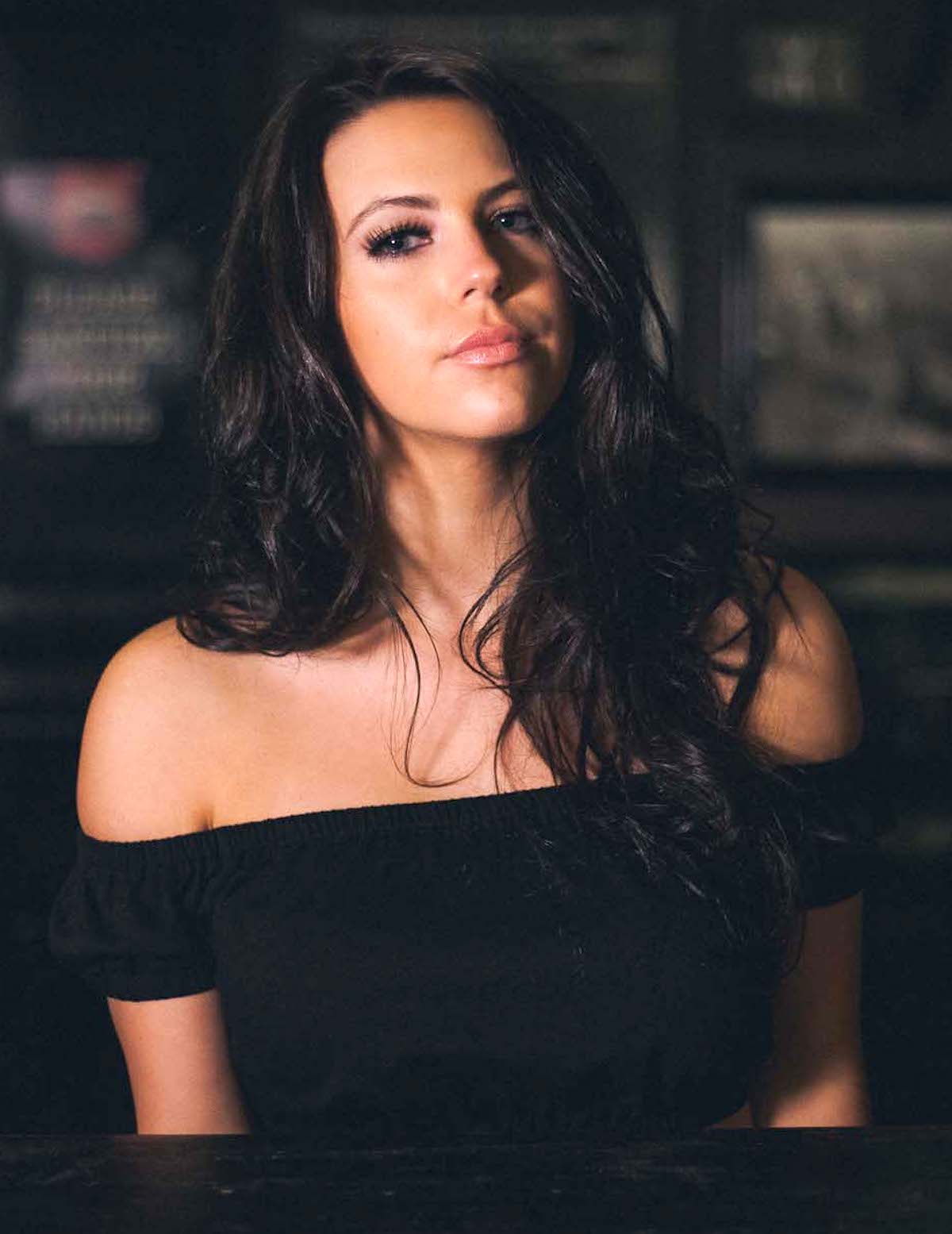