Thanks to the inexplicable popularity of my Submit Music page, I always have a digital backlog of albums, EPs, singles and videos awaiting my perusal. Here are the latest submissions that caught my ears and eyes. As usual, it’s a pretty eclectic lineup, with everything from New York noise-rockers to solitary folksingers to pagan-metal warlords in the mix — along with the latest album from garage-rock faves Von Hayes. Something they have in common: Any one could easily be your new favourite artist. To that end, I’ve included Bandcamp links wherever possible so you can buy the music straight from the source. Tell ’em I sent ya. And if you’ve got something I need to hear, send it my way. If I think you’re half as good as you think you are, I just might include you next time. 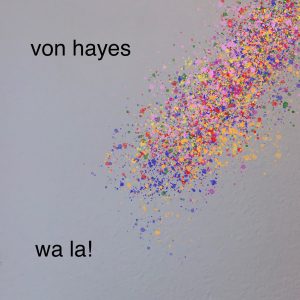 THE EDITED PRESS RELEASE: “The title is indeed a GBV reference — an inside joke in fact — but other than the continued use of the trusty four-track we’ve branched out from that influence and sound. You’ll hear shades of iconic classic rock, choruses straight out of the second power-pop explosion, echoes of meaty ’90s alt-rock and twisted folkers you probably wouldn’t hear at the local coffee shop. Although some of the songs were hatched pre-COVID, they all lovingly fumble at something lost, with I Had No Idea It Was Today as the album’s highlight and would-be smash-hit single.”

THE EDITED PRESS RELEASE: “Cronies, the N.Y.C. noise-rock duo of brothers Sam and Jack Carillo, bring a fresh and invigoratingly youthful energy to a genre that often feels played out. Crunchy guitar tones, wildly yelping and shrieking vocals, psychedelic noise, and colossal riffs make Fresh Ideas … a riveting 15 minutes. Cronies take their cues from Melvins and mix it with a healthy dose of Butthole Surfers, but their sound remains their own. They may not be reinventing the wheel, but as their album title suggests they’re certainly reinvigorating the best of the genre’s conventions.” 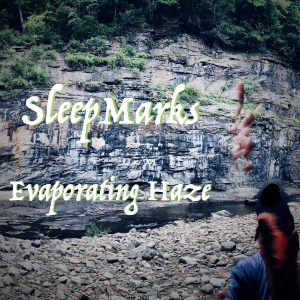 THE EDITED PRESS RELEASE: “Evaporating Haze is the debut EP from Arlington, VA’s SleepMarks. Comprised of veteran Washington, D.C.-area musicians, SleepMarks are unique are one sense. Although all three musicians have 20-plus years experience in the local music scene, none has ever performed on the instrument they play in SleepMarks. Bassist James Smith and drummer Pierre Davis are guitarists by nature. Smith was guitarist/vocalist for D.C. locals Maple, while Davis played guitar for punk rockers The Chance, and is the guitarist/vocalist for We Capillaries. Burton, who spent 20 plus years drumming for Gist, handles guitar and vocals for the first time in his career. Despite the switching of instruments, SleepMarks’ sound should be familiar to fans of D.C. rock. Their energized post-punk pulverizes the listener, while their lyrics deal with a changing city (Anywhere, USA) and the onset of middle age (New Ballad of Aging). Some songs (The Periphery, Underground) showcase a willingness to mellow down and build to an emotional crescendo, while still others (Confrontation) confront the challenge of self awareness and acceptance — something we could all use a little more of.” 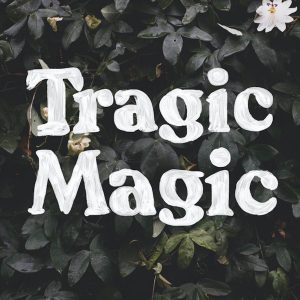 THE EDITED PRESS RELEASE: “Night Bus Revival’s debut EP Tragic Magic is a collection of dust-covered recordings in their purest and most honest form. Hailing from the Midlands, UK, Night Bus Revival is a solo project — a raw and DIY take on sad alternative folk. Recorded spontaneously at home, each of his tracks boldly embrace human flaws and imperfection within organic, lo-fi recordings. “These songs are like time capsules … I’ve come to recognise that every creak, every background noise or off-tempo strike of a string is as important as each lyric.” Running away from the city to live in the comparative wilderness of the British countryside, Night Bus Revival charts the comic sadness of falling into long-lasting love and leaving your old life behind. Nowhere details misanthropy and wanting to disappear, yet Brand New Estate is about the loneliness of not quite belonging anywhere. Untitled Christmas Song emphasises its theme of self-destruction with dark synths and rhythmic drums, while Socks (one way ticket to glorious space death) launches into digressive ramblings about companionship. The finale 2:47am on the hotel bathroom floor is a moment of implosion — you can hear the artist pacing a hotel bathroom in the middle of the night, using the reverb of the shower cubicle to layer patchwork harmonies. Night Bus Revival’s distinctly British indie-folk sound will resonate with fans of Father John Misty, Phoebe Bridgers and Bon Iver. Tragic Magic is the first of a series of EPs scheduled over 2021. “There’s definitely a place for beautifully produced, slick music, but I’m not the person to make it.” 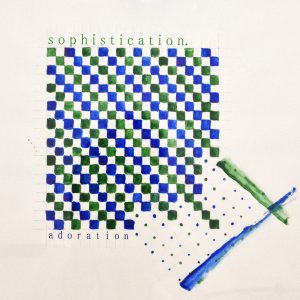 THE EDITED PRESS RELEASE: “adoration is a state of connection with something or someone bigger than me. In this unity I grow up, I become almost infinite. These three songs were written in a different time, but this album as a complete form is a merit of a period from last winter to the recent one. It was ambiguous in many ways. At some point, feeling attraction to the person I could not reach and going through the loss of my father, I found myself in a contrasting position, being equally in love and in grief. And this album is a marking, an invisible tattoo of this time. In this period from winter to winter, I wanted to say so much, but mostly I was silent. I think it would be one of the interpretations of the cover image, a chessboard, a continuous non-verbal conversation. It is a desire of the order, but, at the same time, the impossibility to feel it in full. The accurate rectangles, drawn with a pencil and a ruler, were a way to achieve at least some piece of harmony, and balance. The way the ordered picture breaks up in pieces is a symbol of the fluidity of things that cannot be controlled. It is beautiful ruination of the order that should also be embraced with love. In music and texts, I was looking for a way to express the sensations of anxious uncertainty and a craving for a distant intimacy that cannot be fulfilled. I feel these songs to be nostalgic, full of reminiscence. But they are nurturing, a source to be connected with the one I was, when I was the purest, being a child, a traveler, and being in love. In a way, this album was a desire to bring something essential back to life, to find a new home. And it was found in this state of adoration, in unity with something bigger than me, in another person, and, consequently, in a new form of myself. This album tells obvious things, but it was important for me to pronounce it. These words and sounds save a trace of my loss, anxiety, affection, and they have even more intimacy, warmth to someone, and something, significant for me in the mess of this time. I feel this album to be a slow dance, a life dance. It is an intimate force to keep it all spinning.”

THE EDITED PRESS RELEASE: “U.K. singer-songwriter Lynsey Clayton’s debut EP gives listeners a taste of things to come. Take My Hand features three songs, all of which have an individual and interesting vibe. The songs were produced by Wayne Proctor and feature some top musicians such as Oli Brown. It’s taken Lynsey Clayton what feels like a lifetime to pursue her childhood dream to be a singer/songwriter and to travel the world. Coming through many life experiences and traumas on her journey of growth and transformation on many levels, she’s finally here. Lynsey helps others break through limitations to be, look and feel the best version of themselves through her wellbeing. Using the tools and techniques she has developed and experienced in returning to her true self, she is comfortable with who she is and thriving in what she is here to do. Says Lynsey: “The overtone of our EP is about finding and being supported by divinity. Keeping your faith in what is, even when your faith is shaken with fear. Following your own path with divine guidance from within.”

THE EDITED PRESS RELEASE: “Scenius are a cross-channel act composed of UK producer Steve Whitfield (The Cure, The Mission, Yann Tiersen…) and French singer Fab Nau. The duo are on a mission to perpetuate the art of making electronic dark-pop out of vintage synths and rhythm machines. Their first four singles, all released in 2020, received critical acclaim and radio plays all over the world. Praised for their unique way of blending the spirit and sounds of early electronic outfits (Kraftwerk, Eno, Depeche Mode, OMD) with a clearly modern approach, Scenius have released their debut album Enough Fears — an addictive 11-track delivery of the duo’s compelling combination of soulful vintage synths, pulsing bass lines, pounding electronic beats and catchy vocals.” 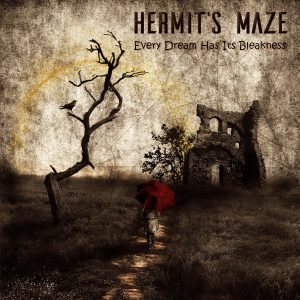 Hermit’s Maze
Every Dream Has Its Bleakness

THE EDITED PRESS RELEASE: “We are Hermit’s Maze, an Instrumental progressive metal band from Buenos Aires, Argentina, formed in 2016. The main ideology behind Hermit’s Maze is that only the music itself should be a source to any thought or impression that the listener gets whilst listening to it. As part of this ideology we prefer to remain nameless, which really just makes the experience a lot more enticing, letting the music speak for ourselves.” 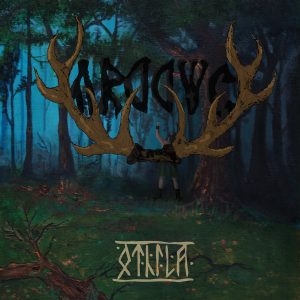