Home Hear Indie Roundup | 114 Songs To Keep You On Your Toes This... 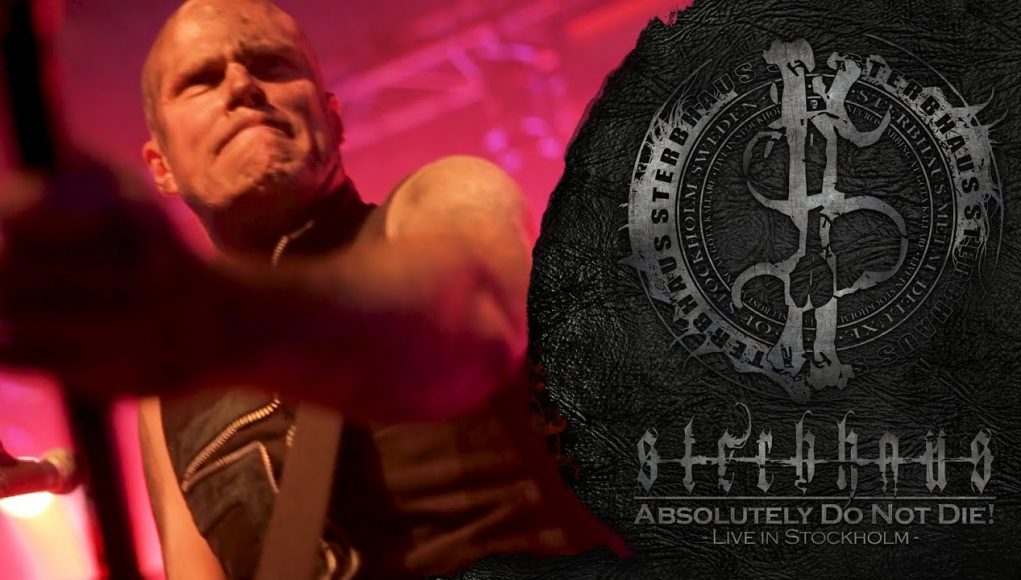 Sterbhaus give you an order you’ll be happy to obey, Inhuman Condition put their foot down, At The Gates have a problem, Vulture Lord make a special delivery, Eyes Wide Open survey the destruction — and things are definitely getting louder in this portion of your Weekend Roundup. Let’s rock:

THE EDITED PRESS RELEASE: “Sterbhaus have released the live version of their iconic crowd-pleaser Absolutely Do Not Die! The track is the first taken from the band’s upcoming live album Necrostabbing at Göta Källare: Live in Stockholm, which is set for release on July 9. The timely release shows Sterbhaus at their very best: Live. Theirs is a hungry and energetic show, delivered by a band eager to exact revenge from having been stranded locally when all booked tours after the new album release were canceled. The whole affair was actually also filmed and will be available together with this live album.”

THE EDITED PRESS RELEASE: “Florida death/thrash outfit Inhuman Condition have released The Neck Step, the fourth and final preview of their debut album Rat°God before it comes out June 4. The trio announced their formation earlier this year and have since won the hearts and ears of death metal and thrash metal fans around the globe. The band consists of former Massacre members Terry Butler on bass, Jeramie Kling on vocals and drums, and Taylor Nordberg on guitar. Butler says: “The Neck Step is one of my favorite songs on Rat°God. It’s a rifftastic, neck-stepping hell-ride, chock-full of devilish hooks!”

THE EDITED PRESS RELEASE: “Swedish melodic death metal pioneers At The Gates release their single/video for The Paradox, off their upcoming album The Nightmare Of Being, out July 2. Vocalist Tomas Lindberg Redant states, “Humanity is the biggest paradox. We as humans always want justification for the big things: death, the meaning of life, etc. Our knowledge of being mortals drives us away from being human, hence the paradox. We invent defense mechanisms to protect us from the thought of death, religion, different –isms, etc.”

THE EDITED PRESS RELEASE: “Vulture Lord unveil the second single and video from their Desecration Rite album — their first full-length in 18 years. Stillborn Messiah is a pitiless attack of violent riffs and blood freezing atmosphere that was written by Trondr Nefas back in 2005. The choice of song and date of its release are both in honour of the much missed Nefas, who would have turned 44 on this day. His songs and his spirit remain integral to the entity that is Vulture Lord. The artwork for the single was originally intended to be the cover of the Desecration Rite album, before it was replaced by the stunning work of Jorge Vemendy.”

53 | Dirkschneider & The Old Gang | Every Heart Is Burning

THE EDITED PRESS RELEASE: “Seeds of Tomorrow is the first single from Age of Fire since their latest album Shades of Shadow.”

THE EDITED PRESS RELEASE: “Powerhouse rockers Fozzy drop a unique video for Sane, filmed on the longest wooden rollercoaster on the planet. Get a first-hand view of the madness as the band reaches top speeds of 70 mph on terrifying drops of 154 feet! It’s an edgy, heart-stopping thrill ride that represents both the power and physicality of Fozzy’s music, along with the bombastic nature and “who gives a shit” attitude of their live show. Says Chris Jericho: “I can’t think of a better way to remind everybody of the feeling you get when u hear a great rock ’n’ roll tune, one that makes u wanna put the top down on your car and put your foot down on the gas … Sane is that tune! It’s been such a tough year in so many ways, but now as the world is slowly getting better, Fozzy is here to vaccinate you with a proverbial phonograph needle and make you wanna rock again.”

THE EDITED PRESS RELEASE: “Gnawed and Torn is the fifth track of Sorrow Enthroned’s upcoming EP The Grave of Endless Writhing. It is a concept album that tells the story of humankind’s internal struggle with death painted in a most obscene light.”

THE EDITED PRESS RELEASE: “On June 18, Where Mountains Rise and Hearts Fall, the debut album of the Viking/melodic deathers from Tragedy And Triumph, will be released. The album was recorded and produced by mastermind Marius Berendsen, who was also in charge of founding this project. Where Fires March Victorious offers a first taste of the 54-minute long player.”

THE EDITED PRESS RELEASE: “Australia’s Jamart announce their self-titled debut album, set for release on Aug. 13. The album encapsulates a whirlwind of adventurous creativity dubbed “mystic metal,” in which the music ebbs and flows around shades of melodic and heavy, progressive songs blended with dynamically charged landscapes and sounds. First single Wanted Dead is out now. Led by creative visionary Ersh On, Jamart gig and record constantly, keeping fans engaged.”

THE EDITED PRESS RELEASE: “A Pale Horse Named Death, the doom metal band led by founding Type O Negative and Life of Agony member Sal Abruscato, have released their single Believe In Something (You Are Lost). The track is the first offering from the band’s upcoming album Infernum In Terra, out Sept. 24. Says Abruscato: “Believe In Something (You Are Lost) is about feeling lost with your emotions and beliefs with the outside world, you’re on the verge of snapping, feeling alone and that’s the moment where you need to dig deep with your self, focus on what makes you feel better, ignore the rest who do not help. In a nutshell, believe in yourself and you can achieve anything!”

THE EDITED PRESS RELEASE: “Finnish extreme metal band Progeny Of Sun released their new EP Dark Wanderer, along with a video for Eclipse. The band comment: “We think this is a huge improvement from the first EP. The sounds and texts have gotten increasingly dark and gained a pressuring twist. All in all, the material feels more unified this time around even though we have more people behind it. Vocals are bit more straightforward compared to the first EP, still with a lot of variance, but with more taste. This EP summarizes well the direction we want to take our music, and the next album will be killer.”

THE EDITED PRESS RELEASE: “Toronto prog duo Jupiter Hollow are here to create an artistic experience unlike anything else. Inspired by the art of storytelling and adventure, they intend on taking you on an in-depth journey through their discography. Today, the musicians share their latest live session video for their track The Rosedale. The band say: “We always aim to provide such a personalized experience. We purposely want to introduce ourselves to new potential fans with our unedited one-shot LIVE videos to prove to you from the start that we are real, we are humans, and we’re honest artists … We’re in it for the long run, we want to be as real as possible in an industry that demands perfection, and we hope everyone enjoys the experience.”