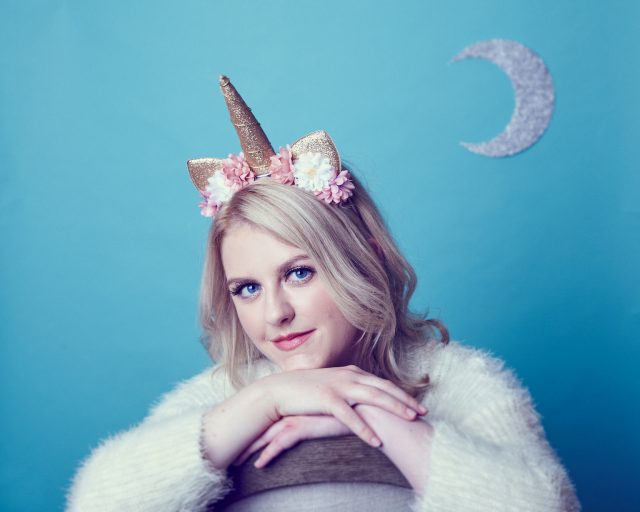 Toronto singer-songwriter Darrelle London has put a new spin on the kids’ classic Mockingbird — and the lyric video for the updated family-friendly tune is premiering exclusively on Tinnitist.

“I loved the idea of recording a classic lullaby such as this one,” says the Kindie (Kid-Indie) artist. “But the original message seemed a little…materialistic? So I wrote a new chorus to flip the message on its head. Hope you like it!”

Mockingbird is the latest single from London’s recent lullaby album Sing to the Moon, a whimsical journey towards bedtime that mixes original tunes and old classics with a twist. “I was drawn to the timelessness and universality of traditional lullabies, but some of them seem to have the craziest messages!” London says. “I guess because I’m a songwriter, I started playing around with the lyrics and adding different parts.”

London is no stranger to following her heart to unexpected places. After turning down law school to pursue music, she has spent a decade making her mark on the college and festival circuit across North America. Some highlights include playing at iconic venues such as Hollywood’s Troubadour Club and Nashville’s Bluebird Café, collaborating with artists such as Chantal Kreviazuk, being chosen by Sarah McLachlan to perform at Lilith Fair, and placing her music on TV shows and ad campaigns in the U.S. and South Korea.­­ Sing to the Moon‘s first single Sheep premiered here in September.

Check out Mockingbird above and rewatch Sheep below.