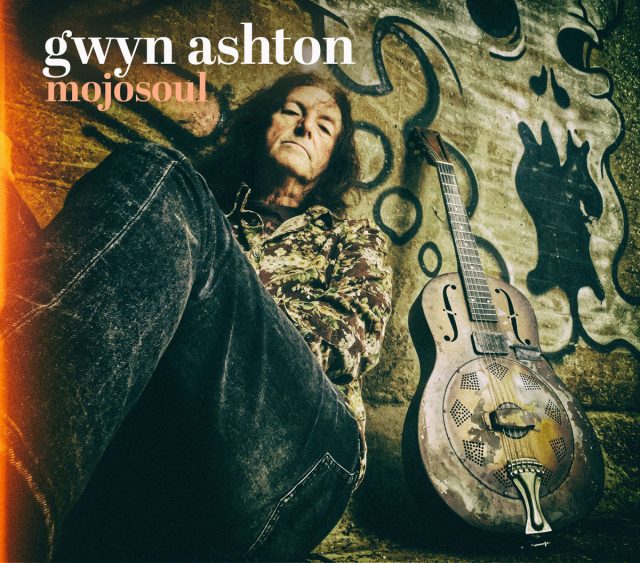 THE EDITED PRESS RELEASE: “Mojosoul, the 10th album of Australian singer-guitarist Gwyn Ashton’s lengthy career, is being released 50 years to the day after he started playing guitar.

“This is my most personal album so far,” the U.K.-based musician, former Virgin Records France artist and South Australian Music Hall Of Fame inductee says. “It’s a song-driven, partly autobiographical album with the occasional social commentary that has always been part of the best blues songs down the years.” He’s at his most succinct on the autobiographical track The Ballad Of Gwyn Ashton: “At 12 years old I shared the bed with my new friend, my fingers bled, I never quit, I just kept playing hard.”

Armed with a 1930 National steel guitar, a Martin acoustic, three 12-string acoustics and an old ’60s electric Harmony H-75 for the only electric track on the album, Ashton provides the perfect accompaniment to well-crafted songs occasionally beefed up by blues harp and his foot percussion, which including kick drum, snare, hi-hats and tambourine.

Mojosoul is Ashton’s versatile take on the blues, a musical journey that stretches the genre from acoustic folk to ragtime, swampy supercharged boogie and Delta blues. No note is wasted and each tone provides subtle counterpoint to his brusque vocals. He surprises us with the evocative Yesterday’s Me (Cool, Cool Water), one of two Gary Allen co-writes on the album. Inspired by former Rolling Stones guitarist and tourmate Mick Taylor, The Perfect Day To Sing The Blues is full of delicate restraint. 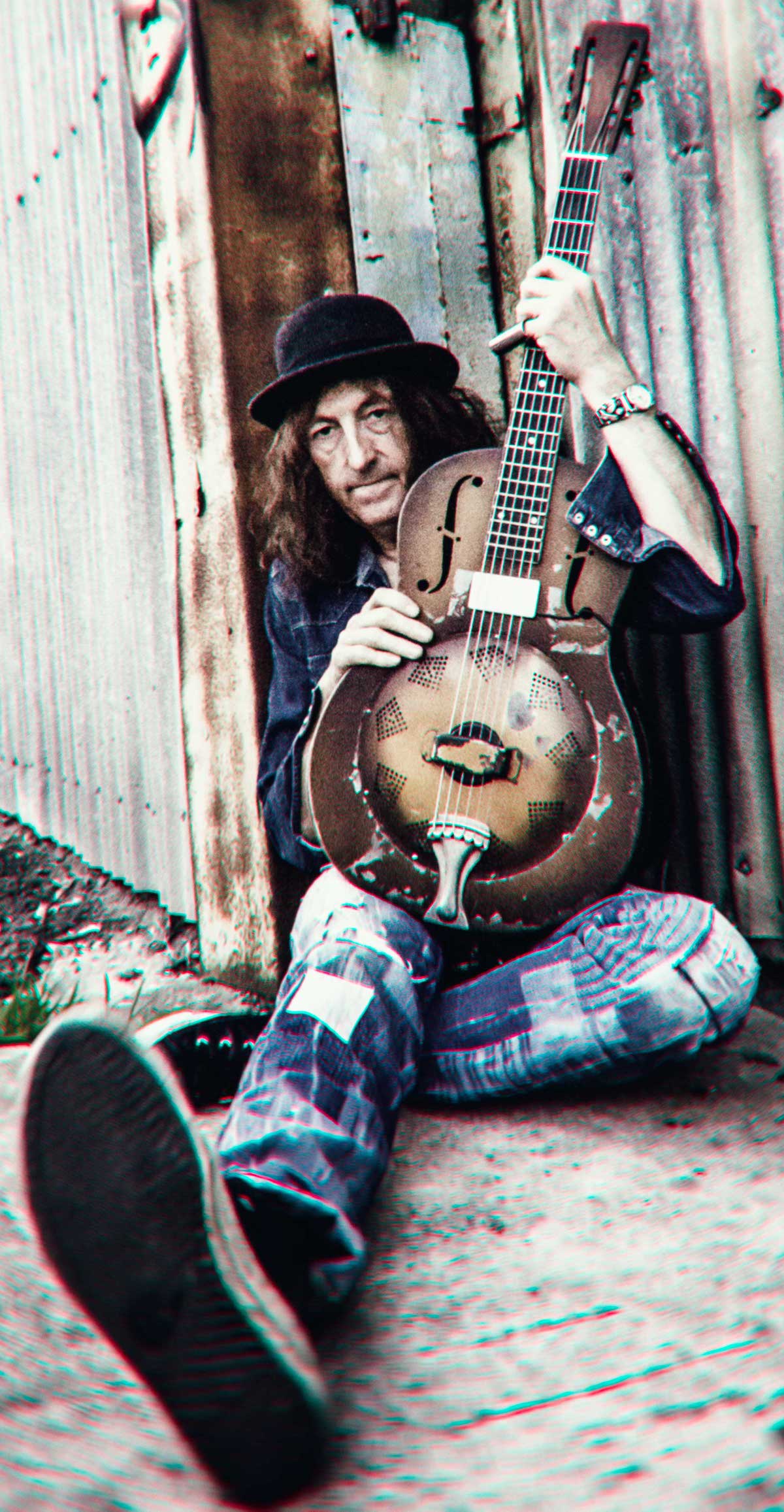 Ashton is at his best on 12,000 Miles From Home, a catchy boogie about touring through the Australian bush fires straight into the 2020 pandemic, locking him down in South Australia for an extended stay. He switched to a pulsating rhythm amplified by his caustic lyrics on the political No More, then explores a funky feel to match Allen’s withering lyrics on Take Your Medication.

Wisely, Ashton doesn’t preach, preferring to persuasively draw on his own life experiences to paint a believable narrative. The Son House-inspired By Your Side illustrates the way he uses traditional gospel and blues influeces in a contemporary setting on an aspirational song. He’s expansive on Vanish Into Thin Air and glances at his riff-driven past on he acoustic 12-string track Allergic To Love.

This 10-song set offers plenty of contrast, subtle dynamics and — as the name of his record label Fabtone suggests — plenty of sumptuous sound to fill his Mojosoul canvas.” 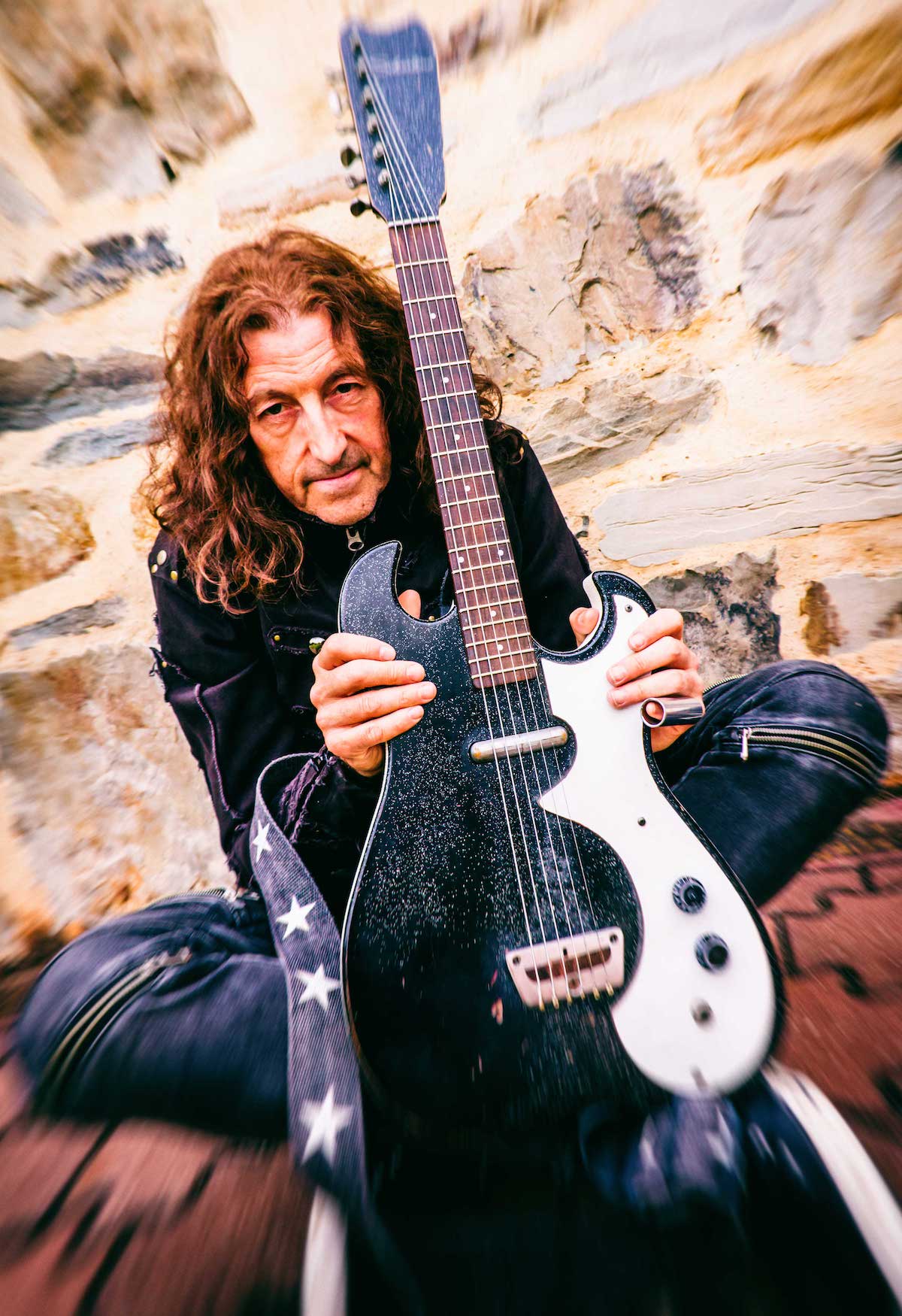