Veranda are inspired by Mother Nature and human nature on their new album Là-Bas and the single La Visite — showcasing today on Tinnitist.

Rolling hills, whispering forests, rushing rivers and the kaleidoscope of sounds of nature’s inhabitants are a natural symphony that inspires the Francophone folk, country and bluegrass duo of musician and actress Catherine-Audrey Lachapelle and multi-instrumentalist Léandre Joly-Pelletier. Là-Bas is the full-length expression of their quest to blend the traditional and contemporary into a modern-day mélange.

From high lonesome bluegrass to intimate folk ballads, Là-Bas is a journey through 11 milestones along a very interesting rural route. Sweet melodies, soulful harmonies and fine-tuned playing à la contemporaries like Alison Krauss & Union Station, Old Crow Medicine Show and Watchhouse are all part of the creative fuel. With its combination of human themes that resonate and the diverse beauty of the natural world, the album finds its perfect blend of outside and inside wonderment. 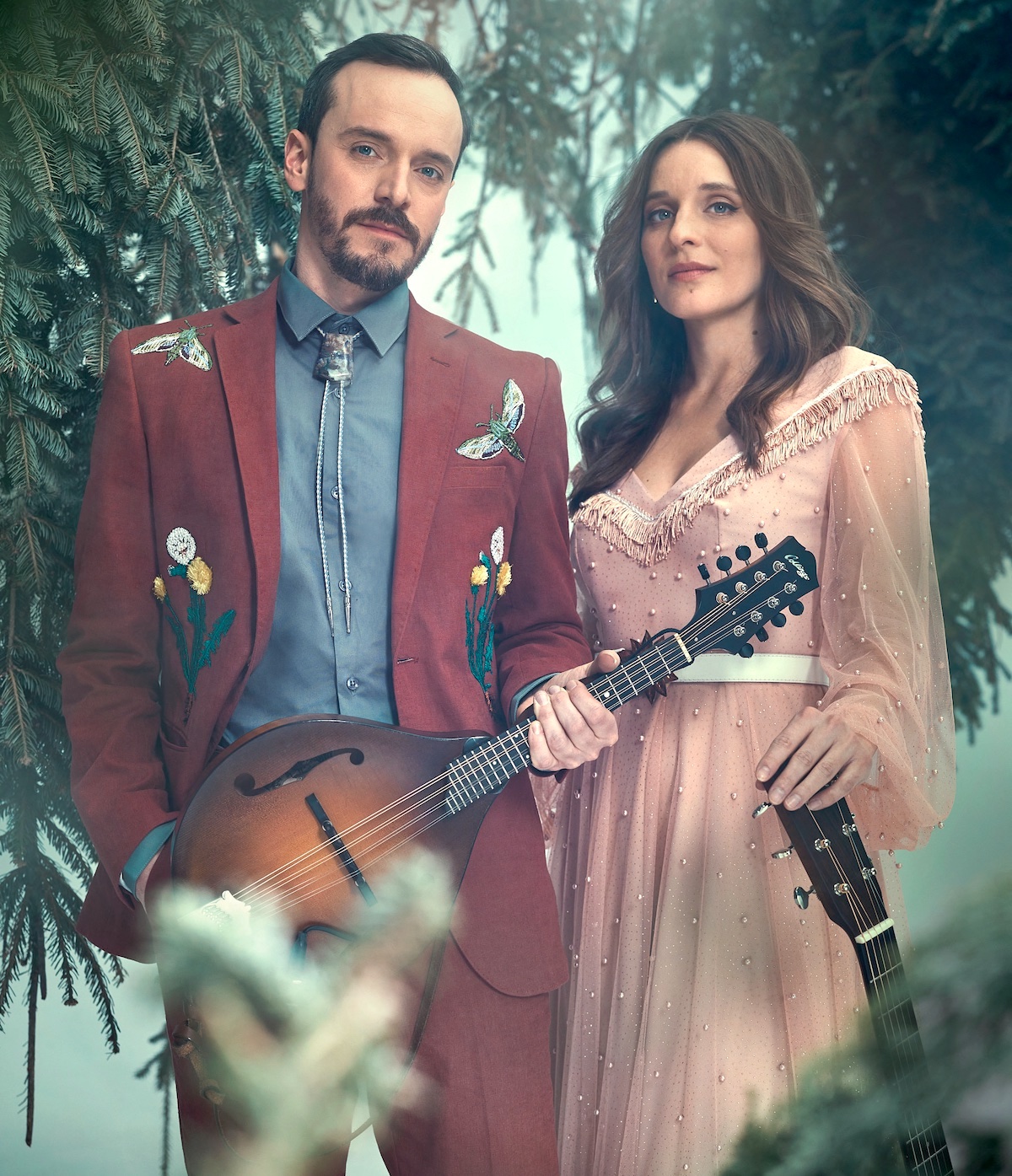 “Questions regarding the pursuit of happiness and human loneliness are approached through the eyes of forests, mountains and rivers rather than from the simple point of view of human experience,” note the duo.

While most of the self-penned songs on Là-Bas are informed by observing nature and the human condition, the latest single La Visite is, in contrast, rooted in the duo’s home province and its history. “La Visite is a song inspired by Quebec’s traditional stories,” says Lachapelle. “It’s the whisper of a woman waiting for her lover, long gone to work in the northern forests.”

A brokenhearted, mid-tempo lament anchored by banjo, percussive acoustic guitar and Lachapelle’s dusky lead vocal, La Visite rises up into a sweetly sorrowful chorus as Joly-Pelletier joins in on smooth and skillfully complementary harmonies. It follows two previous singles Veranda released this spring and summer leading up to the new album — the title track Là-Bas and the toe-tapping Toutes les Rivières.

The album was recorded at Montréal’s Treatment Room with engineering and mixing by Gilles Castilloux. On the recording, Joly-Pelletier plays guitar and mandolin and sings. Lachapelle sings and plays autoharp. Rounding out the studio band were Marc Olivier Tremblay-Drapeau on contrabass, Tommy Gauthier on violin, Guy Donis on banjo and Joe Grass on clawhammer banjo and pedal steel, Charles Guay on drums and Léa Jarry on additional background vocals.

Veranda’s visionaries and core duo, Lachapelle and Joly-Pelletier each carry some serious creative pedigrees. She is a professional actress known for her long-standing role in the TV series District 31. He is a sought-after multi-instrumentalist, working with many well-established folk, country and bluegrass artists over the past decade, including Sara Dufour, Laurence Jalbert and Notre Dame-de-Grass.

Together, Veranda have a clear, enticing vision of the place where their music lives, steeped in tradition but powered by new approaches. “Imagine a place way out in the countryside, where there is a rustic cabin in the woods in front of which Dolly Parton, Ralph Stanley and Emmylou Harris are quietly swaying and singing under the pine trees; that’s where Veranda calls home.”

Watch the lyric video for Là-Bas and hear La Visite above, listen to the rest of the album below, and make yourself at home on Veranda’s website, Facebook and Instagram. 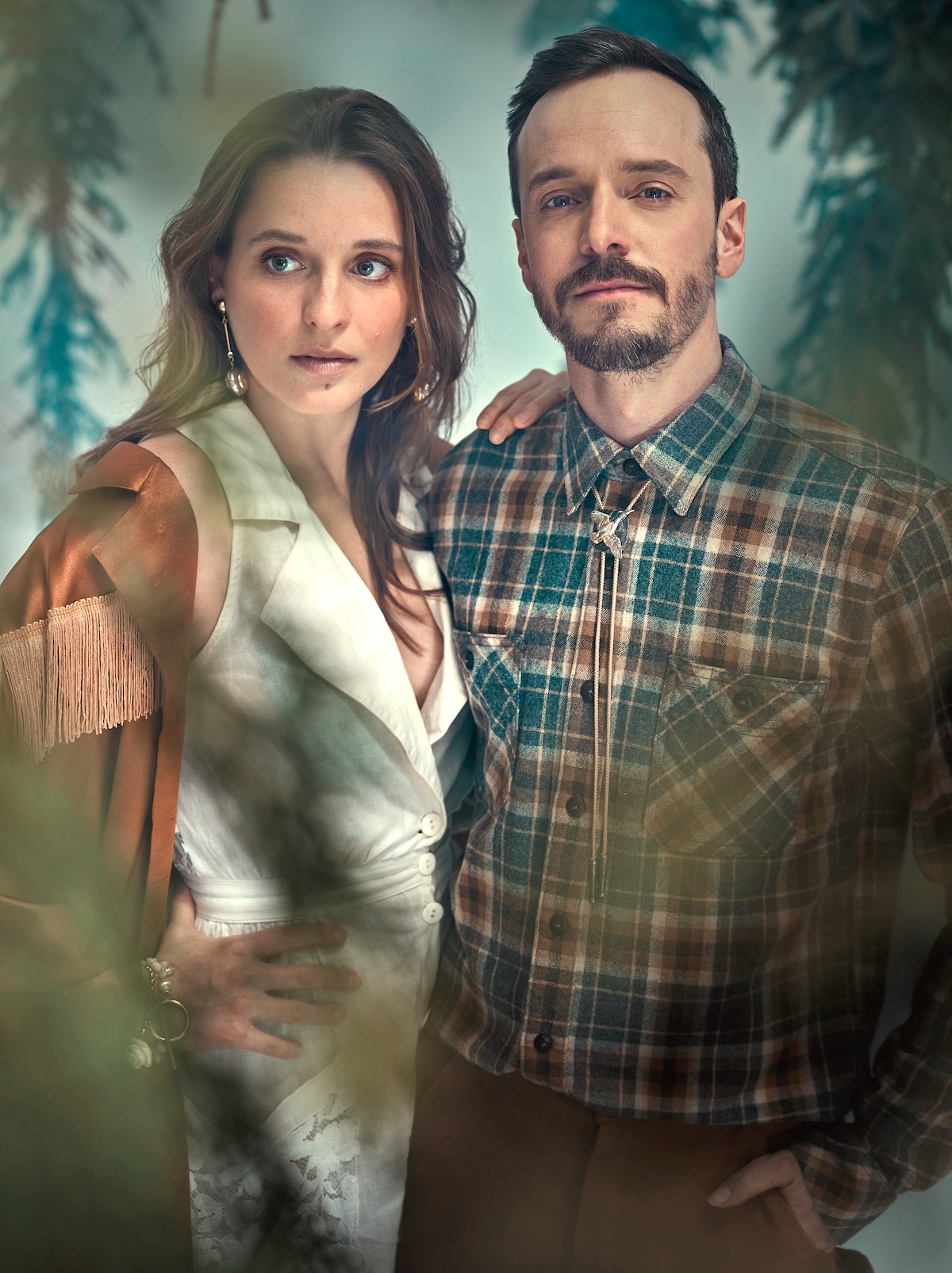 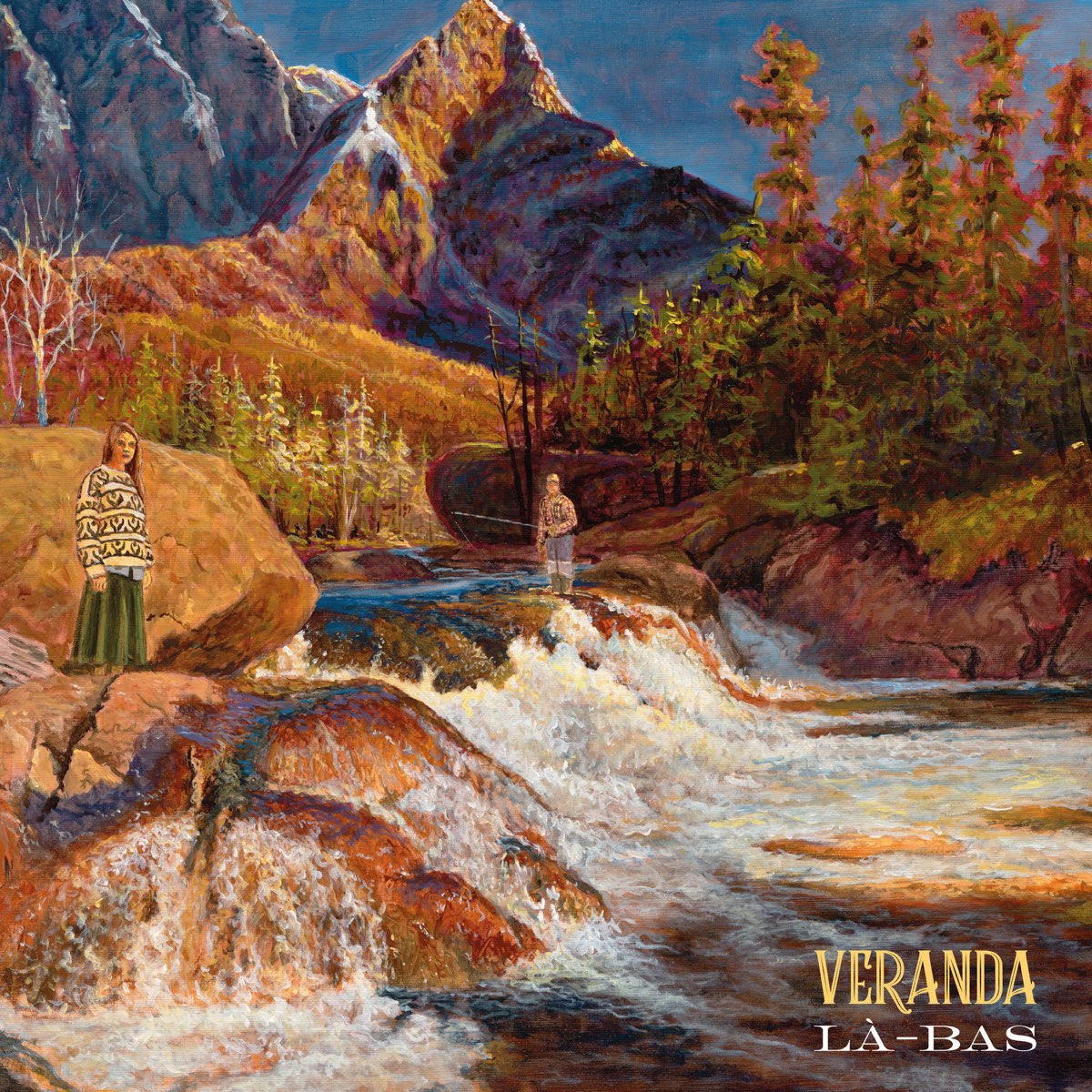