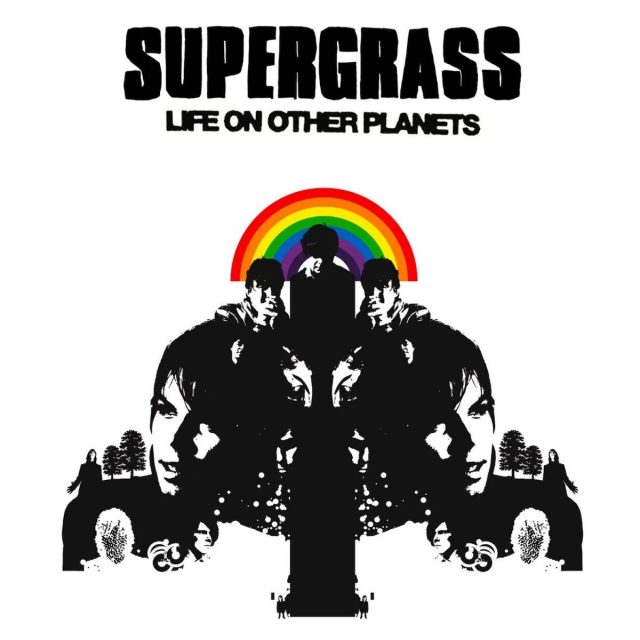 Life on Other Planets? More like Life In A Bygone Era.

For their fourth album, U.K. pop-punks Supergrass are sucking in the ’70s — and then spitting them right back out in your face. Life On Other Planets is an unabashed love letter to the glory days of David Bowie, The Rolling Stones, T. Rex and Mott the Hoople. You can hear their devotion and affection in the breathy vocals of singer Gaz Coombes, a dead ringer for Marc Bolan on the glitter-sprinkled glam throwback Seen The Light. You can hear it in the dark, Gimme Shelter blues-rock grandeur of Can’t Get Up. You can hear it in the gritty anthem-rock of Never Done Nothing Like That Before, which resembles Ian Hunter belting out an outtake from David Bowie’s Diamond Dogs. You can hear it in the quirky, strummy Kinks pop of Grace. You can even catch a hint of it in the propulsive, Stranglers-influenced keyboard-punk of La Song. After their last lacklustre disc, Supergrass have finally managed to reconnect not only with their past, but also with their muse. You heard it here first.