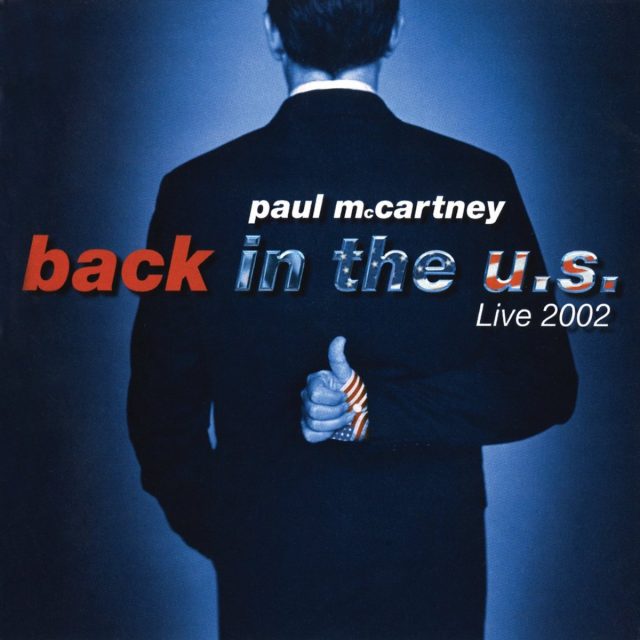 The gals still scream, the fans still chase the limo, and everybody still wants to hear Yesterday, Let it Be and Hey Jude. Even though he’s played them a bazillion times, Paul graciously — and exuberantly — goes down the list one more time on his cheekily titled latest live set Back In The U.S. The 35-song set is mostly one long baby boomer nostalgia-fest as Paul, bolstered and spurred on by an impressively hard-rocking band of young bucks, delivers energetic versions of a couple dozen classics including Hello Goodbye, Jet, All My Loving, Getting Better, Coming Up, Let Me Roll It, Blackbird, We Can Work It Out, Carry That Weight and Fool On The Hill — and that’s just the first disc. The second one has Eleanor Rigby, Band On The Run, Back In The USSR, Maybe I’m Amazed, My Love, Can’t Buy Me Love, Live And Let Die, Long And Winding Road, Lady Madonna, I Saw Her Standing There and Sgt. Pepper. Phew. What’s just as nice, however, is that Paul takes some quality time for himself, including newer cuts like Vanilla Sky and Driving Rain, a charming version of Something on ukulele and — most touching of all — an acoustic-guitar reading of his heartfelt 1982 Lennon love letter Here Today. Even if touring is still just a room and a car, McCartney still manages to add that personal touch that makes it all seem special.