Home Read Area Resident’s Classic Album Review: Jackie Lomax | Is This What You... 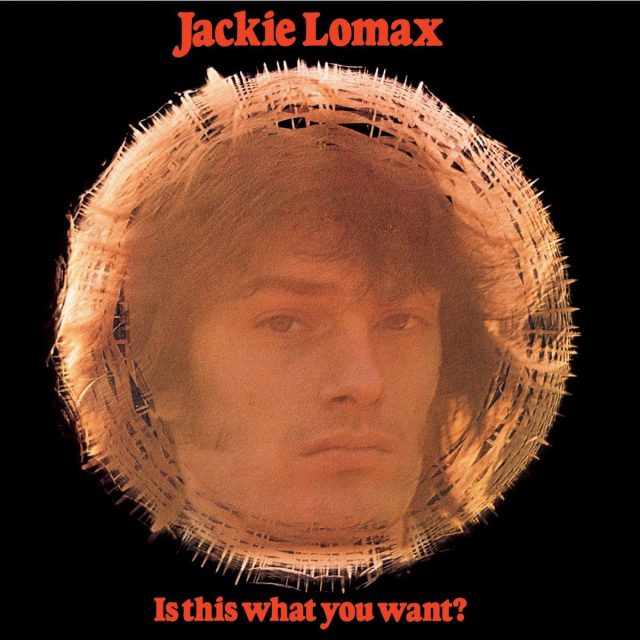 Jackie Lomax’s Sour Milk Sea is basically a Beatles single; an example of a great potential Beatles song given away, just like Badfinger‘s Come And Get It. But how good is the rest of the album? Incidentally, there are Beatles demos of both Sour Milk Sea and Come And Get It. The former is among the Esher Demos included with the re-release of The White Album and the latter is on Anthology III.

Lomax was a fellow Merseyside singer/guitarist — one of the last Brian Epstein artists to be signed to a major label before The Beatles’ manager died in 1967. When Epstein died, Lomax’s affairs were transferred to the new Apple label — one of the first artists on the roster.

Lomax had paid his dues throughout England and done a two-year stint in the States before returning to the U.K. Of all The Beatles, it was George Harrison who worked most closely with Lomax, famously giving him one of his best unused songs, the aforementioned Sour Milk Sea, which was written while The Beatles were in India. One can’t help but think the upbeat rocker would have been right at home on — and probably would have improved — The White Album. It’s a much better song than Piggies. But then again, so is Not Guilty.

Sour Milk Sea was released as a single in August 1968 — one of Apple’s first four 7″s — and is the centrepiece of Lomax’s Apple debut LP, Is This What You Want? Not only is it cool to have a song written by a Beatle, but the musicians who performed on it are legendary. Lomax sings it, but Harrison plays acoustic guitar and performs the solo. The rest of the lead guitar duties were handled by some guy called Eric Clapton, while the bass and drums were performed by Paul McCartney and Ringo Starr. The piano is by Nicky Hopkins, whose CV includes plenty of Rollings Stones albums, a bunch of Kinks records, The Who, Jeff Beck, Jefferson Airplane, Donovan and Harry Nilsson. Not bad, Jackie. And it wasn’t just a one-way arrangement — Lomax provided backing vocals on both Hey Jude and Dear Prudence.

Work on Sour Milk Sea and Is This What You Want? started in June 1968 at Abbey Road and Trident Studios, congruent with Harrison’s involvement with The White Album being recorded down the hall. Once work on The White Album wrapped, Harrison and Lomax went to Los Angeles to finish the record, with final overdubs being completed back in London the following year while Harrison worked on Get Back (Let It Be). He nearly gave Something away to Lomax, but hung on to it despite the meh response it got from John Lennon and McCartney.

The L.A. sessions produced the songs Is This What You Want?, Speak To Me, Take My Word, Baby You’re A Lover, How Can You Say Goodbye and Little Yellow Pills. They feature Harrison on guitar and session musicians from Phil Spector’s Wrecking Crew as well as Moog synth players Bernie Krause and Paul Beaver. Back in London, the song New Day was tackled, with production help from Beatles roadie Mal Evans. This song — featuring Harrison on guitar and Lomax’s own backing band — was only included on the American pressings of the album, not the U.K. or Canadian ones. He also did a cover of Thumbin’ A Ride, produced by McCartney, used as New Day’s flipside. These songs are included on reissues of the album — and on streaming services.

Is This What You Want? was finally released in March 1969 in the U.K. and May in the States. While critically praised, nobody bought it. It opens with Speak To Me (not the one which opens Dark Side Of The Moon) — a great pop song with two guitars, hard-panned backing vocals, excellent 1970s pop-style strings and synth strings. The title track is next, opening with keys and then a sort-of I Am The Walrus progression. I don’t love the production, a remix would do it wonders. A bit dated. Great song, though. Very George Martin-esque string arrangement.

One of the Evans-led songs follows: The ballad How Can You Say Goodbye. It’s a sappy bit of formulaic pop, but it has better production than the first two tracks. The strings are replaced by a Hammond organ, mercifully. Sunset is next. It sounds like something on Elton John’s eponymous second record. I have no idea where this was recorded or with whom. Finally, then comes Sour Milk Sea is next — a perfect pop song. A Harrison gem. Like I said, it should have been on The White Album. Side 1 wraps up with another ballad, Fall Inside Your Eyes. Very 1970s with heaps of effect on the electric piano. This is another mysterious one, but given the Moog bits I assume this was done in L.A. It’s quite well-produced, but sappy.

The more rockin’ Little Yellow Pills opens Side 2. It’s kind of like Ray Charles meets Joe Cocker. Then, it’s Take My Word — a slow progressive pop song with excellent guitar playing. I can almost hear Chicago Transit Authority doing this. No doubt Terry Kath could have sung it better … but the Moog solo is aces. My favourite might be next — of course, buried in the middle of the second side. The Eagle Laughs At You is reminiscent of a Jack Bruce-penned Cream song. This was the flipside of Sour Milk Sea, so one of the earlier recordings. The worst song on the record is next — Baby You’re A Lover is an awkward love song with too many instruments and stupid lyrics. It is followed by You’ve Got Me Thinking, which is quite similar to Sour Milk Sea, musically and arrangement-wise. I love the Savoy Truffle-type horns and saxes. The whole thing wraps with I Just Don’t Know, a somewhat lame ballad, with a decent simple chorus. It’s inoffensive but pretty forgettable.