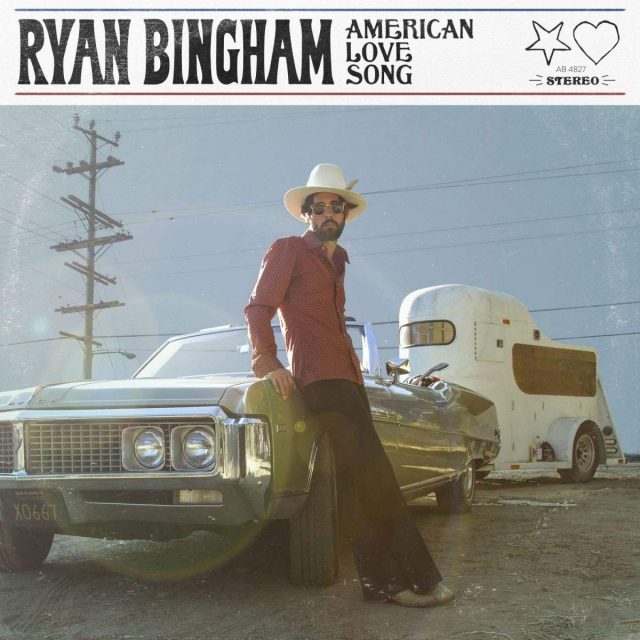 Ryan Bingham does not seem like a man who is halfway to being an EGOTist. Especially not on the cover of his sixth studio album American Love Song. As the bearded singer-songwriter in cowboy boots and feathered hat leans against a convertible hooked up to a horse trailer, he appears to be headed for the ranch. Truth is, the L.A.-based Bingham — who has Oscar, Grammy and Golden Globe trophies at home for his work on the Crazy Heart soundtrack — probably lives closer to Rodeo Drive than the rodeo ring. Not that you could ever tell from this rough-and-tumble roots-rock standout. As always, the feisty Texas troubadour and his corroded vocal cords keeps things earthy, loose and honest on these 15 tracks. He rocks out like Lucero or The Stones circa Sticky Fingers. He bashes out old-school Americana like JD McPherson. He growls the hoodoo blues like Beefheart. He unplugs to croon folksy odes to his lover girl or lament the state of the world. But however he plays it, his vivid lyrics, raw magnetism and unvarnished sincerity remind you he’s one of the sharpest songwriters and most compelling performers in his overcrowded field. He might never get that EGOT, but he’s definitely got the goods.