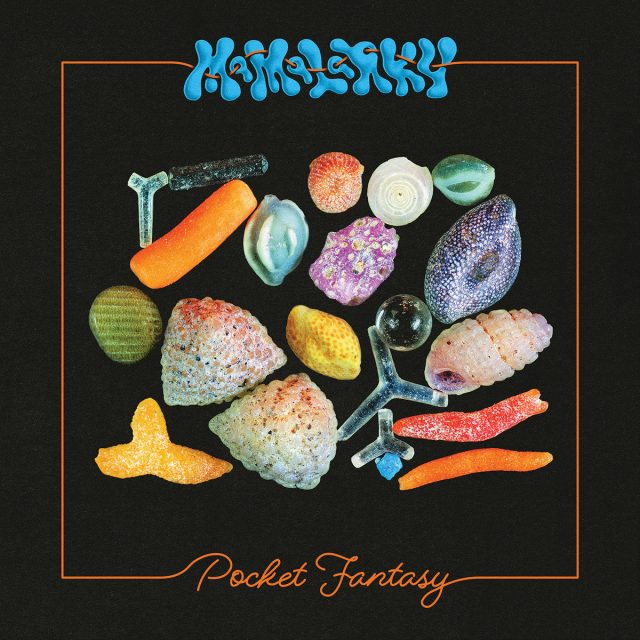 THE EDITED PRESS RELEASE: “Six months into the pandemic, three-fourths of art-rock four-piece Mamalarky plunged into a new experiment: They moved in together. Guitarist-vocalist Livvy Bennett and keyboardist Michael Hunter drove across the country, decamping from Los Angeles to bassist Noor Khan’s hometown, Atlanta. In September 2020, the trio rented a giant old house with vaulted ceilings, a tire swing, and a bare-bones little studio room. There, the band made its largely home-recorded sophomore full-length Pocket Fantasy.

When they needed breaks, the group would take walks to a nearby creek, surrounded by tall trees and a cacophony of birds. On a particularly sublime day of swimming, Bennett and Khan soaked in the sun, watched the light refract the water, and time stood still — a blissed-out moment captured in the purejoy of Mythical Bonds, an ode to friendship told through playful grooves and zigzag riffs. “I really needed to write something to accurately show Noor how much her friendship means to me, and our journey as musicians and friends,” Bennett reflects.

Pocket Fantasy is an instant-classic sunny-day record, imaginative and introspective, an enveloping listen of skyhigh hooks and keyboards that soar with joyful abandon. Its twelve kaleidoscopic tracks shapeshift aesthetically and thematically, through ideas about death and impermanence; love and gratitude; nature and technology; humor and hope.

“We were just living in the album for an entire year,” says Bennett. Physically enmeshed in each other’s lives and processes in new ways, the trio connected more deeply around one another’s creative languages, honing in on their tight-knit group-logic. “We would work on it all day, and I would fall asleep with the songs in my head. It was really: Eat, sleep, breathe, record music.” 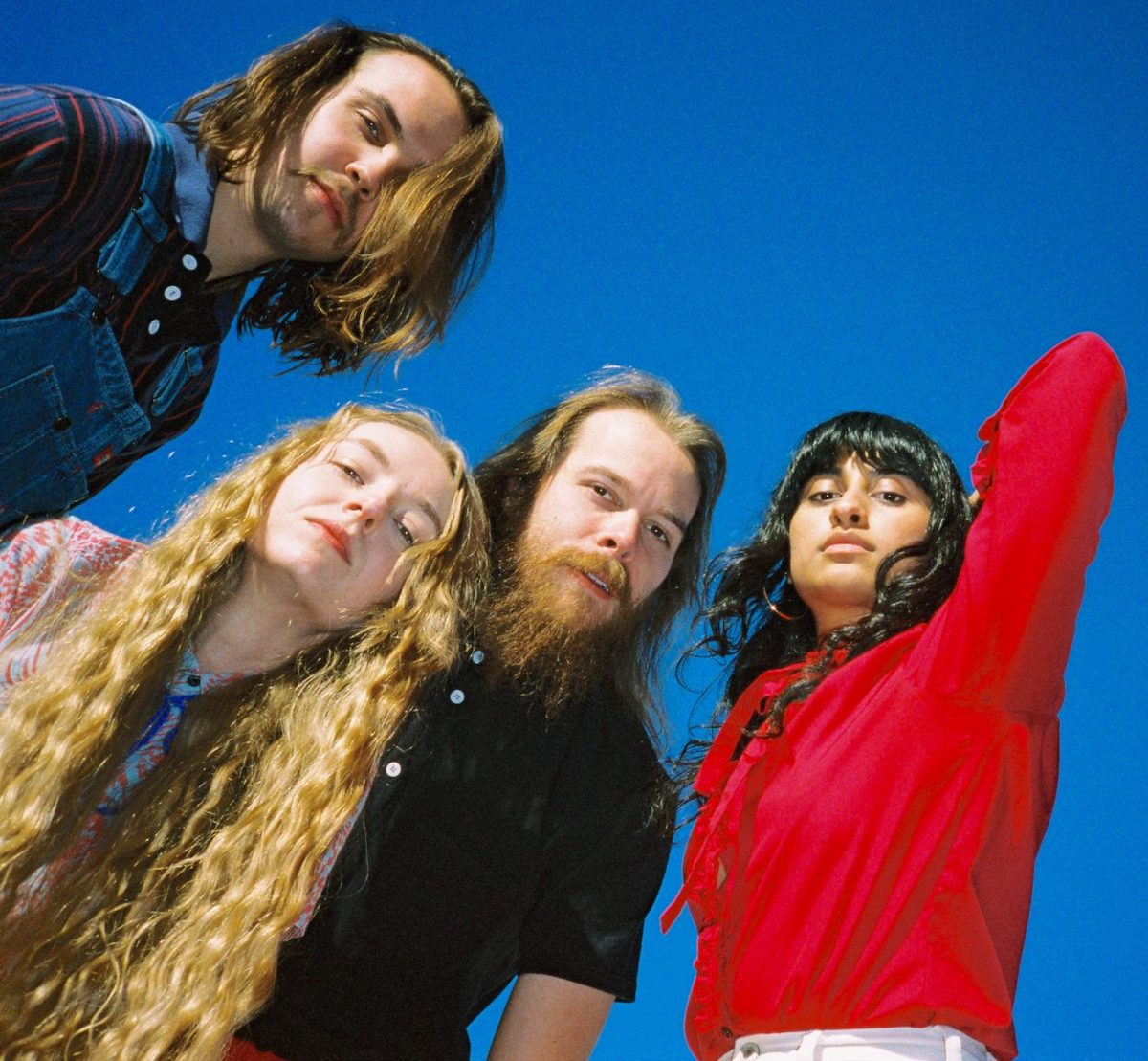 Drummer Dylan Hill remained based in the band’s hometown of Austin, collaborating through voice memos, and making regular trips to Georgia to record. “It felt like I was stepping into another world,” Hill says of those fruitful visits.

Mamalarky formed in 2016, growing out of the house-show scene in Austin that surrounded their cooperative student housing. But their roots as friends run even deeper: Bennett and Hill met in middle school band, and they’ve played in bands with Hunter since high school. (Lead single, You Know I Know, nods to the big music dreams of their Texas upbringing.) When the band moved to L.A. after the release of their first record, they met Khan. Pocket Fantasy follows their 2020 self-titled full-length debut, the 2018 EP Fundamental Thrive Hive, and support tours with Slow Pulp, Jerry Paper and Ginger Root, among others. When they’re off the road, Mamalarky now jokingly calls itself “tri-coastal,” with Bennett and Hunter back in L.A., Hill in Austin, and Khan in Atlanta.

The process of home recording helped crack open their collaborative approach. Constant tracking at home helped take off some of the pressure of the studio; the group could experiment without regard for whether songs would make the album; they could just write and play and collect material without worrying if anyone would ever hear it. “It’s more alive,” Bennett says. “And less over-thought. It felt like it was pouring out continually.” Hunter adds: “We were very much learning the home-recording process as we went along … It’s music that’s heavily inspired by the process.”

Pocket Fantasy comes to a close with Now, a fluttering contemplation of gratitude, of wishing time would slow down as everything picks back up again. It’s a sweet and slow-riffing moment of taking stock, knowing things can’t stay the same forever, but why should they? “Life is an experiment,” Bennett sings. “Let’s just keep living it.”