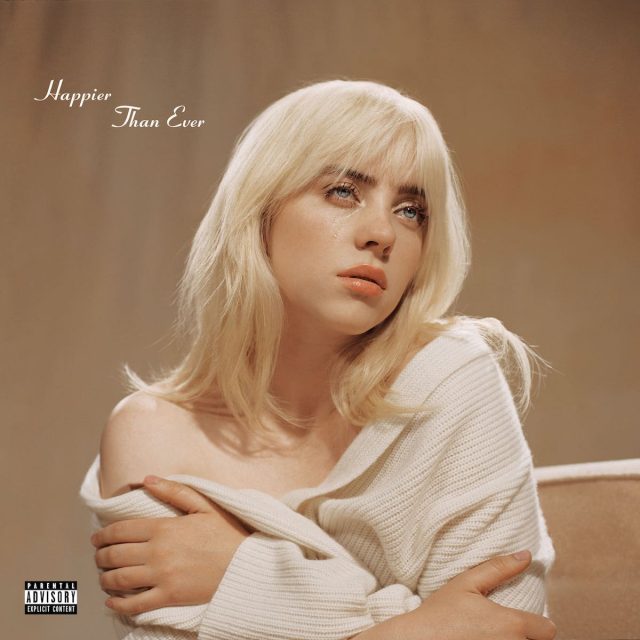 As a musician, I use Spotify for marketing — no reasonable indie artist like me would ever expect to get rich and famous on such a platform. As a music fan, I use Spotify to find new music — usually when something is suggested to me via the ‘radio’ of an entirely different artist.

Recently, this translated into the purchase of my first vinyl copy of a Snail Mail album. Ever heard of her? Lindsey Jordan just turned 23 last month. The album of hers which I have in my collection — Lush — was made when she was just 18. It’s an incredible album, probably due in part to the fact that she’d already been writing her own songs since she was 12 years old.

I didn’t start writing my own songs until I was 17 or 18, and they were awful. I believe the first one was called Cheesy Fingers about eating A&P brand Jane’s Cheezies. So, at my partner Chelle’s suggestion, I decided to scan our record collection for great songs and albums made by teenagers.

I have Billie Eilish’s sophomore release Happier Than Ever. It’s a stunning, beautiful and remarkable album for anyone of any age, let alone an 18/19 year old. Her first album was recorded when she was just 17 — but got underway in her childhood bedroom at the age of 15. She’s the youngest person to win a Grammy and the first person born in the 21st century to have a No. 1 song.

Stevie Wonder’s first co-written hit single was Uptight (Everything’s Alright) in 1966. He was 15 years old, but had been performing since he was 12. Napanee, Ont.’s Avril Lavigne was just 14 when she was discovered. Incredibly, she’s 37 now. She started recording her debut in 2001 when she was 17 years old. Eddie Vedder says he was a teenager when he wrote the Pearl Jam hit Better Man.

Jerry Leiber and Mike Stoller were both 19 years old when they wrote Hound Dog for Big Mama Thornton, later made even bigger by Elvis. Ray Charles was 19 years old in 1949 when his first hit Confession Blues came out. Lorde was 15 years old when she wrote Royals — in about a half-hour. That’s still her biggest hit, and the same goes for Fiona Apple, who wrote Criminal when she was 17. A Tribe Called Quest also enjoyed their greatest success with their debut single. In 1989, when Can I Kick It? was released, all its members were younger than 20.

But the award for biggest hits at a tender age must go to Jimmy Webb, who was 17, 18 and 19 respectively when he wrote Up, Up And Away for The Fifth Dimension, By The Time I Get To Phoenix for Johnny Rivers, and MacArthur Park for Richard Harris. The Fifth Dimension also had a hit with Wedding Bells, which was written by an 18-year-old Laura Nyro. She also wrote And When I Die (Blood, Sweat & Tears) the same year.

Taylor Swift not only writes her own material, but writes for other artists as well. She got a development deal at 13 and was signed to a major label at 14. Joan Jett was 17 when she co-wrote Cherry Bomb as a member of The Runaways.

Kate Bush has seen a major resurgence since her song Running Up That Hill was used in a prominent way in the latest series of Stranger Things. But her first hit, after being discovered by Pink Floyd’s David Gilmour, was Wuthering Heights, which she wrote when she was 18 years old. Another hit, The Man With The Child In His Eyes, was written when she was 16.

Adele’s first album is called 19 because that’s the age she was when she did it. That said, the first single from the album — Hometown Glory — was written when she was 15. The late Amy Winehouse co-wrote and her entire debut album Frank when she was 19 years old, but had been writing songs since she was 14.

Paul McCartney wrote I’ll Follow The Sun when he was 18, but didn’t record it with The Beatles until he was 22. McCartney owns the musical catalog of Buddy Holly, who was just 19 years old when he wrote That’ll Be The Day. The future Beatle first impressed the elder John Lennon at their first meeting with a performance of 20 Flight Rock by Eddie Cochran. Cochran was also 19 years old when he had his first co-written hit, Summertime Blues.

I’ve written at length about the writing chops of Carole King. She began her career in the famed Brill Building writing the music while her husband Gerry Goffin wrote words. Their first hit — Will You Still Love Me Tomorrow, performed by The Shirelles — was done when she was 18 years old.

Van Morrison has been around forever. His first self-penned hit was Gloria for his band Them, when he was just 18 years old. I bet his fingers are even cheesier than mine.