Home Read Now Hear This: Nathan Roche | A Break Away 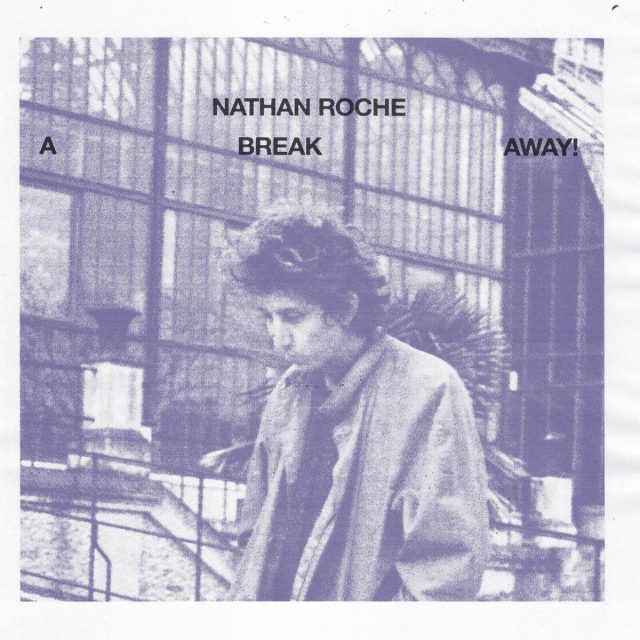 THE EDITED PRESS RELEASE: “It’s Sept. 3, 2014, and a 24-year-old Australian arrives in Paris, accompanying a punk band on a European tour. He decides not to go home. Since then, everyone in Paris knows Nathan Roche. If you haven’t seen him haranguing the crowd on a festival stage with Le Villejuif Underground, then you’ve come across one of his hallucinated noise performances within CIA Debutante in a squat in Poland.

Like Kevin Ayers in Montolieu or Robert Crumb in Sauve, Nathan has chosen the heart of the Roya Valley. Thus he perpetuates this tradition of the uprooted freak that we sometimes come across on the terraces of cafes in the South of France which, like a storyteller, makes you escape with crazy stories.

Judge for yourself: The Sahara desert? He got stuck there for lack of a visa! Italy? He cycled Marseille to San Remo in 40°C last summer! China? He has already played in front of 15,000 people at a festival in Wuhan! It’s therefore easy to understand that A Break Away, this new solo album recorded during a return to Australian soil during the last March, is about getting away from it all — be it a flight from society, a holiday, or a strategy in competitive cycling.

In 11 titles, Nathan brings together the great story (Ground Zero) and his most personal memories, mourning his dear collection of records, sold in order to survive on his arrival in France (Recollection) and suffering memory loss because of it, narrating his successive encounters with his idols David Berman (Silver Jews) and Daevid Allen (Two Davids House) in his youth.

This naturalistic writing, which can evoke Jonathan Richman, is combined with an encyclopedic knowledge of guitar music, forged while he worked at a record store in Australia. He delivers songs evoking both the greatest hours of Fire Records (The Stevens) and the Lou Reed of the mid-’70s (Tristan Winston Price and his Hunter/Wagner-style solos on R&R Animal).

As I write these lines, he is finishing cherry picking in Haute-Ardèche, but he will probably tell you better than me when you meet him!”