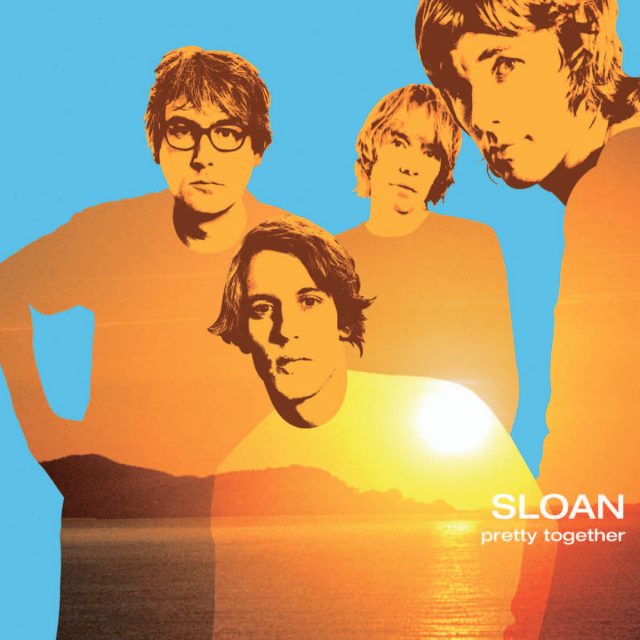 Sometimes you can be too good for your own good.

Just look at Sloan. These Halifax pop-rockers seem to have it all. They’re gifted songwriters and talented musicians. Their albums are praised by critics and beloved by fans. They even run their own indie label and steer their own career. Granted, guitarists Jay Ferguson and Patrick Pentland, bassist Chris Murphy and drummer Andrew Scott may not be household names or have a string of platinum records. But make no mistake — few bands are able to sustain a successful career while retaining as much artistic integrity and independence as Sloan have.

Trouble is, when you’re already better than everybody else, there isn’t much incentive for self-improvement. And that seems to be the unfortunate situation Sloan have been in for the past few years. After raising a stir with their noisy 1993 debut album Smeared and the poppier followup Twice Removed — dubbed one of the best unheard albums of 1994 — the band has settled into something of a pattern. Every couple of years they put out another dozen tracks or so of smart, sharply written Beatle-pop, deftly blending the sounds of the ’60s and ’70s with the energy and edge of today. Every album has a few radio-friendly rockers built around solid, chunky guitar riffs; a slate of strummy, midtempo acoustic-guitar numbers; and a couple of low-key Bic lighter ballads. Everything is impeccably performed and arranged, with pristine harmonies and clean, pure pop hooks. And, ever since 1998’s Navy Blues, it’s all starting to get just a touch predictable.

Pretty Together, the band’s sixth studio album, is, quite simply, just another Sloan record that plays by the numbers. Tracks like If It Feels Good Do It, Never Seeing the Ground for the Sky, Pick It Up and Dial It and In the Movies supply the requisite rock ’n’ roll oomph; The Other Man, It’s In Your Eyes, Who You Talkin’ To?, I Love a Long Goodbye fill the bouncy jangle quotient; Are You Giving Me Back My Love? and The Life of a Working Girl are the sock-hop slow-dance fare. And there you have it. Goodnight kids — see you in another two years.

Make no mistake; as usual, each and every one of these 13 tracks is pretty damned impressive. Especially the rockier fare. If It Feels Good has enough white-boy funk choogle to make it a hit; In the Movies twitches to a morse-code guitar line midway between Def Leppard and Pete Townshend; and Pick It Up and Dial It continues the classic connection with a loose, crash ’n’ bash beat and soaring vocal straight from Who’s Next. Doubtless, a few of these cuts will make it to some Sloan mixtapes.

Still, taken as a whole, Pretty Together is a helping of musical comfort food — tasty and satisfying, yes, but also safe and just a little bland. We already know you can write good songs, boys; now how about spicing things up and stretching a bit? How about adding a horn section and strings? Perhaps some electronics or turntables? Even a kazoo would be a change of pace.

Because sometimes, you see, being good just isn’t good enough.