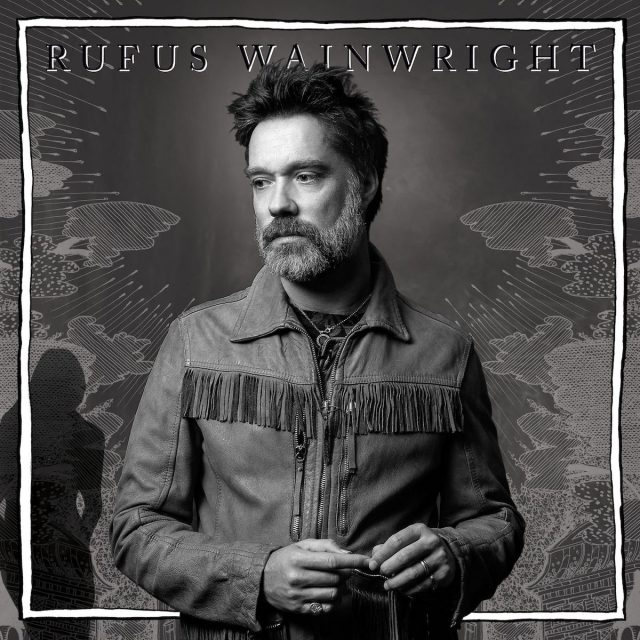 He’s done the Shakespeare album. He’s done the Judy album. He’s done an opera. But on Unfollow the Rules, his 10th album and first disc of new originals in eight years, the one and only Rufus Wainwright makes a long-overdue return to the sophisticated indie-pop of his earlier days. And based on gems like the gorgeously thumpy Trouble in Paradise, the throbbing orch-twanger Damsel in Distress and the swampy southern soul of You Ain’t Big, he hasn’t lost his golden touch. Fingers crossed he stays on this path for a bit instead of wandering off down some musical rabbit hole again right away — but even if he does, this is swell enough to ensure all will quickly be forgiven.

THE PRESS RELEASE: “Unfollow The Rules finds Rufus Wainwright at the peak of his powers, entering artistic maturity with passion, honesty and a new-found fearlessness, while remaining as mischievous as ever. Recorded in the same legendary Los Angeles studios as his landmark debut, his ninth album is both a bookend to Act 1 of an extraordinary career and a distillation of 21 years of experience at pop’s most flamboyant coal face. Inspired by middle age, married life, fatherhood, friends, loss, London and Laurel Canyon, Unfollow The Rules captures Rufus at a crossroads. Ready to tackle new challenges, yet compelled to confront his past, he’s taking stock of two decades of running riot with rules, making sense of how he has matured as a musician and celebrating the contended family man he has become. “At my age – 40s, we’ll say – you start to re-evaluate the past you’ve been shackled to for so long,” says Rufus. “You can’t walk away from it, discard everything and create a new life. You’re now too old to skip town. Instead you have to go back and examine the forces that brought you here. In my case, that meant crawling through a minefield of drama, regret, wounds and so forth. To move forward required embracing those injuries, knowing that I’m in a good place now because of them, not despite them.”