Home Read Thundercat | It Is What It Is 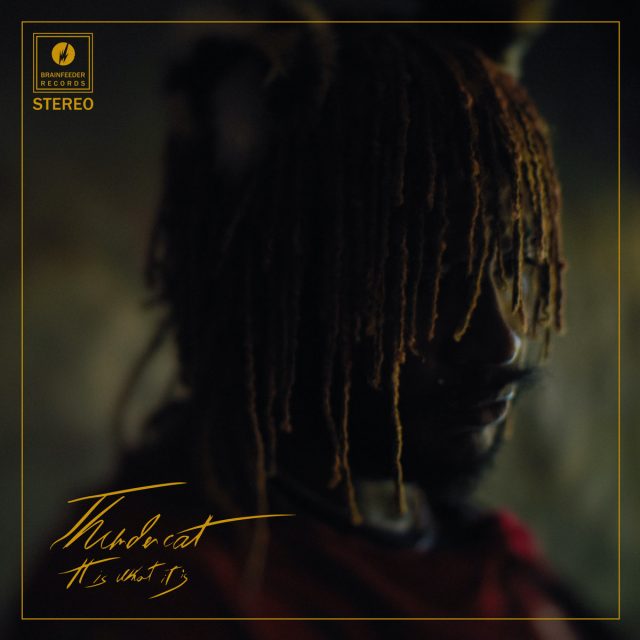 THE PRESS RELEASE: “Thundercat’s new album It Is What It Is was produced by Flying Lotus and Thundercat, with musical contributions from Ty Dolla $ign, Childish Gambino, Lil B, Kamasi Washington, Steve Lacy, Steve Arrington, BadBadNotGood, Louis Cole and Zack Fox. It Is What It Is follows his game-changing third album Drunk (2017). That record completed his transition from virtuoso bassist to bonafide star and cemented his reputation as a unique voice that transcends genre. “This album is about love, loss, life and the ups and downs that come with that,” Thundercat says about It Is What It Is. “It’s a bit tongue-in-cheek, but at different points in life you come across places that you don’t necessarily understand … some things just aren’t meant to be understood. Thundercat released Golden Age of Apocalypse (2011), Apocalypse (2013), followed by EP The Beyond / Where The Giants Roam featuring the modern classic Them Changes. He was later “at the creative epicenter” of the 21st century’s most influential hip-hop album: Kendrick Lamar’s To Pimp A Butterfly, where he won a Grammy for his collaboration on the track These Walls before releasing Drunk.”

MY TWO CENTS: I’m always kind of amazed that Thundercat is as popular as he is. Not that singer-songwriter bassist Stephen Lee Bruner doesn’t deserve the attention, accolades and acceptance, because he most certainly does. What amazes me is the fact that for once, the masses have enough taste or sense to embrace such an idiosyncratically talented artist. Not surprisingly, that is exactly what Thundercat remains on his tellingly titled new full-length It Is What It Is. Pinballing wildly and gleefully between funk, jazz, soul, R&B, disco, prog and whatever else he feels like — while never failing to leaven his heavyweight musicianship with plenty of lighthearted humour and joyful optimism — Thundercat tears through 15 retro-futuristic tracks and spaced-out vignettes in 37 brief minutes, making the most of every second on this freewheeling, fully loaded yet fundamentally fat-free offering. And as he works his magic, he effortlessly buck genres and defy pigeonholing once again — even as he continues to carve out his own unique place in the musical landscape. Prepare to be amazed. In more ways than one.