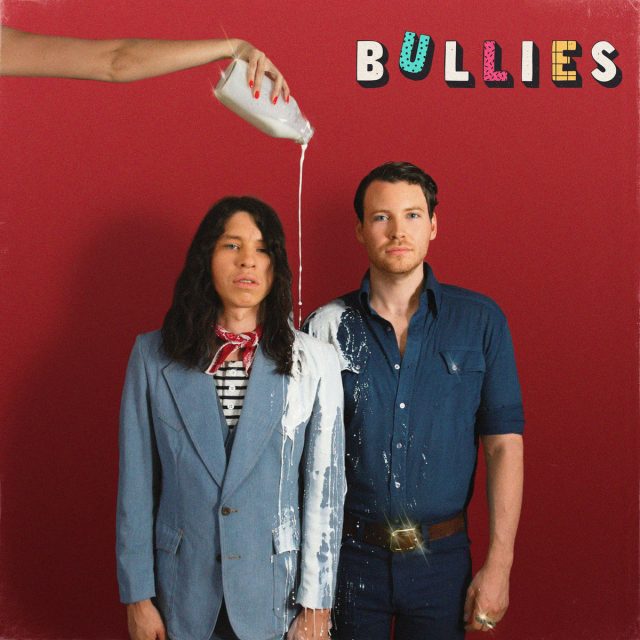 THE PRESS RELEASE: “Led by singer/songwriter Guy Keltner, & drummer/visual-artist Ian Cunningham, Acid Tongue has been touring the world and espousing a timeless rock & roll sound with a DIY mentality since 2015. Employing nostalgic riffs lifted straight from a forgotten jukebox and razor-sharp lyrics delivered in a childish croon, Keltner has built a large catalogue of material in a short period of time. Dismayed by their hometown of Seattle’s devolution into a squeaky-clean tech bubble, Keltner & Cunningham formed a partnership to elevate their soul-drenched compositions beyond a suffocating local music scene. Acid Tongue’s sophomore full-length album Bullies finds them fully-formed with a mature sound; synthesizing commentary on millennial culture, bruised relationships and broken dreams, painted against the backdrop of high energy, hard-rocking soul songs that could only be the product of our modern era.”

MY TWO CENTS: The Sympathy For the Devil-inspired opener Follow the Witch won me over when it arrived as a preview single a month or so back. Admittedly, nothing else here can quite match it for instant, undeniable irresistibility — but smart, sharp numbers like Candy, the title track and Walk Don’t Run aren’t too far behind. Turns out some bullies are more likeable than others.