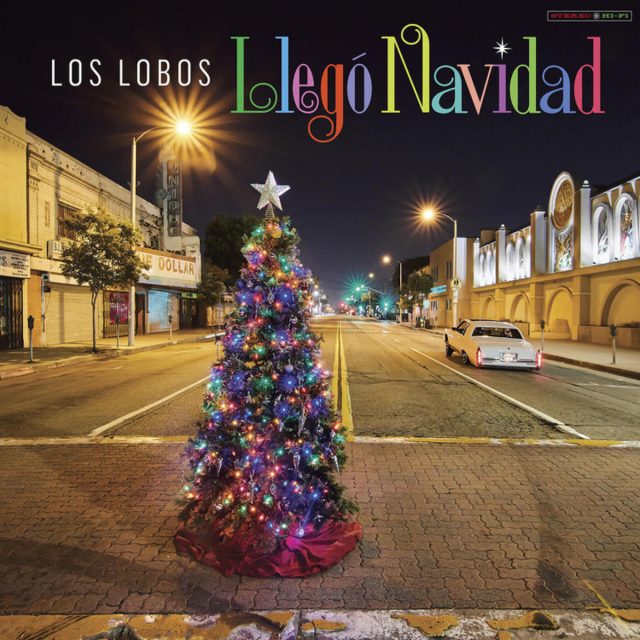 WHO ARE THEY? The wolves of East. L.A. The men who introduced La Bamba to a new generation. And most importantly, America’s oldest, coolest and most innovative Chicano-rock ensemble.

WHAT IS THIS? Their first Christmas album — and the first major holiday disc of the 2019 season. Yeah, I know the title means Christmas is Here, even though Halloween is still more than three weeks away. Deal with it.

WHAT DOES IT SOUND LIKE? Christmas south of the border. Make that borders. The Grammy-winning group reportedly researched nearly 150 Christmas-related songs from across North, Central and South America before narrowing the list to the 12 inspired choices included here — the bulk of which are voiced en Español and rendered with upbeat enthusiasm.

WHAT WOULD BE A BETTER TITLE FOR THIS ALBUM? Unfashionably Early Guests At the Christmas Party.

HOW SHOULD I LISTEN TO IT? It’s never too early to break out the eggnog.

WHAT ARE THE BEST SONGS? Since my Spanish begins and ends with ordering food and drinks, I’m partial to the two-stepping It’s Christmas Time in Texas, the slinky (and bilingual) ¿Dónde Está Santa Claus? and the ’50s-style waltz Christmas and You. Though of course, you can’t go wrong with the Jose Feliciano classic Feliz Navidad.

WHAT WILL MY FRIENDS AND FAMILY SAY? ‘I love Los Lobos as much as the next person — but this is still way too early to listen to Christmas music.’

HOW OFTEN WILL I LISTEN TO THIS? If you’re the kind of person who likes to mix things up at the holidays, this should be good for a few spins.

IF THIS ALBUM WERE A HOLIDAY DISH, WHAT DISH WOULD IT BE? Pavo en mole poblano.

SHOULD I BUY, STREAM OR STEAL IT? Don’t blow your holiday music budget just yet; we’ve got a long way to go.