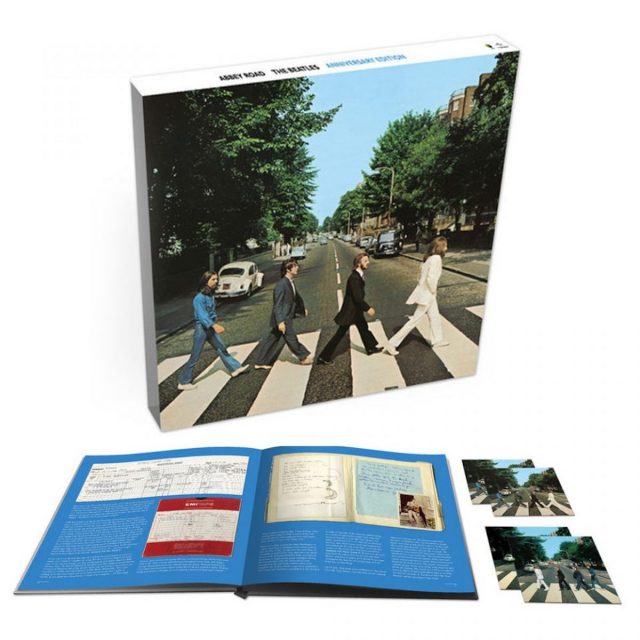 Fall is box set season, as every music fan knows. This year is no exception — there are dozens of anthologies, compilations, expanded reissues and other collectible packages on the way. And if September’s offerings are any sign, it’s going to be a good fall. Here are the best reissues of the month, presented in alphabetical order. Just click on the cover pic to read the original review (and probably listen to the album in full). 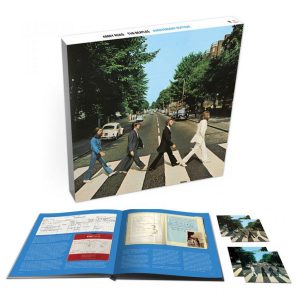 “Last chance to be loud!” jokes John Lennon to his fellow Beatles on one of the Abbey Road 50th Anniversary Deluxe Edition’s bonus tracks. At the time, of course, he had no idea how right he was. But as even the least-fervent Beatles fan can tell you now, their 11th album also turned out to be their final studio collaboration. Thankfully — and fittingly, in light of Lennon’s line — they went out not with a whimper but with a brilliant bang. Cut in the wake of the frustrating film shoot that would spawn their literal swan song Let It Be, the original 17-song Abbey Road stands as both their final masterwork and highest-selling album. Hell, even the zebra-crossing cover picture is iconic. Now, almost five decades to the day after its release, the album is back in a deluxe box set that follows in the footsteps of the Sgt. Pepper and White Album sets by tastefully remixing the remastered original songs while adding dozens of outtakes, Blu-Ray audio expansions and a superb hardcover book that chronicles every moment of the action in exhaustive detail. Step on the gas and wipe that tear away. 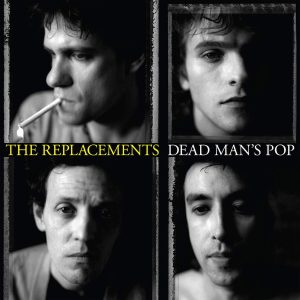 WHO ARE THEY? The mighty ’Mats. The original trouble boys. The notorious Minneapolis miscreants formed by mercurial singer-songwriter Paul Westerberg, teenage bassist (and future Gunner) Tommy Stinson, his doomed guitarist brother Bob (later replaced by Slim Dunlap) and drummer Chris Mars, the Charlie Watts of the Twin Cities. Together, they were a band that should have been as big as Nirvana — and maybe, just maybe could have been if they hadn’t deliberately sabotaged and squandered every shot they had with their drunken buffoonery and nose-thumbing tomfoolery. So, beloved as they deservedly remain, there’s no getting around who they really are: The Wile E. Coyotes of rock ’n’ roll.

WHAT IS THIS? A four-disc box that revisits their best-selling (but much-maligned) sixth studio album Don’t Tell A Soul, which was remixed and resequenced to make it more commercially acceptable to the radio and the masses. Fittingly named for the original working title of the album, this box reinstates the original mix and running order, and adds nearly 50 tracks in the form of demos, outtakes, a six-song jam with Tom Waits and an entire live show (although some of these rarities were previously released in a 2008 reissue).

WHAT DOES IT SOUND LIKE? The best of a bad situation. While some of Don’t Tell A Soul’s songs are decent enough, the overly slick album was still a big step down from their raw, wiry major-label predecessors Tim and Pleased to Meet Me. Scraping some of the gloss off the tracks helps, but it can only do so much. Thankfully, the bonus cuts fare somewhat better: Early versions of the LP numbers have more grit and growl, and some of the rarities are top-shelf. The Waits songs are also a nice treat, even though they sound like a drunken free-for-all. And the two-disc gig from Milwaukee is loose and lively, though still slightly more professional than alcohol-fuelled romps like their 1985 cassette The Shit Hits The Fans. 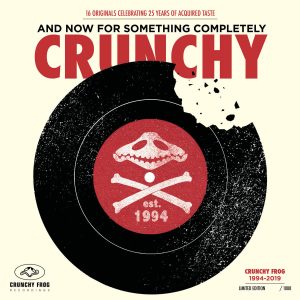 Various Artists
And Now For Something Completely Crunchy

WHO ARE THEY? The Danish underground record label Crunchy Frog, started 25 years ago by some folks with great taste in music (along with an obvious love of Monty Python’s Flying Circus).

WHAT IS THIS? A 16-track compilation of current singles by every active artist on their roster — including non-household names like I Am Bones, PowerSolo, Hands of Light, Bidt and plenty more. Just to make it more interesting, the last note of every song matches the opening note of the next track, forming what they call “a musical chain letter.”

WHAT DOES IT SOUND LIKE? An ultra-cool playlist featuring some of the best bands you’ve never heard.