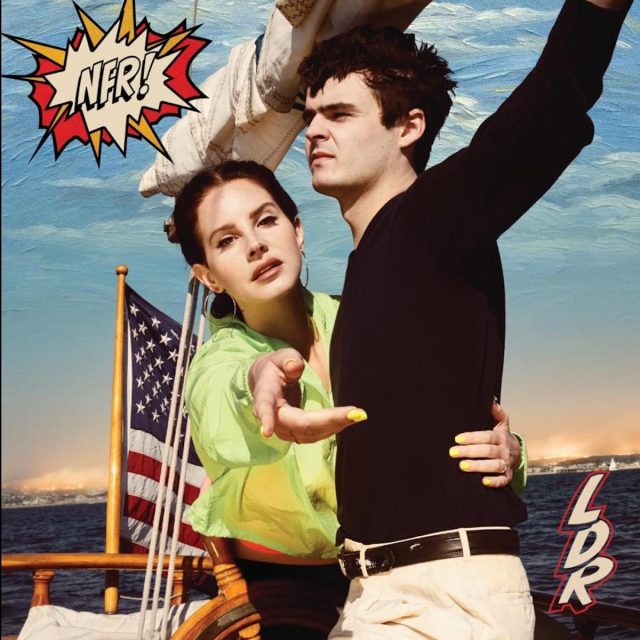 From Lana Del Rey and Taylor Swift to The Hold Steady and Volbeat, the pop and the rock were plentiful in August. Here’s the toppermost of the poppermost, listed in alphabetical order. Just click on the cover pic to read the original review (and listen to the album in full). 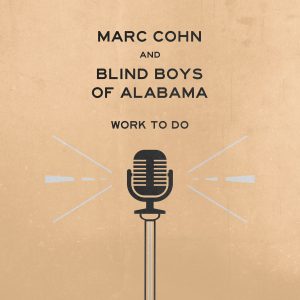 Marc Cohn & Blind Boys of Alabama
Work To Do

WHO ARE THEY? In this corner: Marc Cohn, the Grammy-winning singer-songwriter best known for the classic hit Walking in Memphis. In that corner: Blind Boys of Alabama, the Grammy-winning gospel outfit — now fronted by octogenarian Jimmy Carter — that has been around in one form or another since 1939.

WHAT IS THIS? A three-song EP fleshed out into a full album, thanks to the inclusion of superb live tracks recorded last year for an entertaining episode of the PBS concert series The Kate.

WHAT DOES IT SOUND LIKE? A meeting of musical minds. Cohn supplies the bulk of the material, including Walking in Memphis, Ghost Train, Baby King, the Band tribute Listening to Levon and Silver Thunderbird, along with the new title cut and Talk Back Mic. The Blind Boys add their lush, stirring harmonies to those cuts, while getting their props in more traditional fare like Amazing Grace and Walking in Jerusalem. 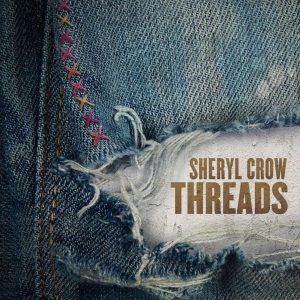 WHO IS SHE? Michael Jackson’s former backup singer. The onetime leader of the Tuesday Night Music Club. The woman who once claimed all she wanted to do was have some fun – but worked hard enough to sell more than 50 million albums over the past quarter-century.

WHAT DOES IT SOUND LIKE? A well-earned musical victory lap. Freed from having to do all the heavy lifting, Crow lets her hair down and stretches out, bouncing between styles and peppering her set list with covers of George Harrison’s Beware of Darkness, Bob Dylan’s Everything is Broken, Kris Kristofferson’s Border Lord and The Rolling Stones’ The Worst. 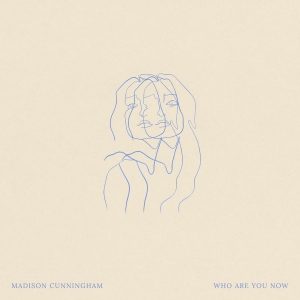 Madison Cunningham
Who Are You Now

WHO IS SHE? An up-and-coming California singer-songwriter and guitarist who is barely old enough to drink legally — but arrives fully loaded with artistic talent and musical chops far beyond her tender years.

WHAT IS THIS? Her remarkably accomplished and eclectic major-label debut, which comes five years after her teenage indie release Authenticity.

WHAT DOES IT SOUND LIKE? Think Joni Mitchell — but with guitar heroics. Like Mitchell, Cunningham’s songwriting toes the line between folk and jazz, with bits of pop, funk, blues and what-have-you tossed into the mix. But her electric fretwork features the funky groove and wiry spindles of Jeff Buckley, while her vocals offer enough contemporary earthiness to invite comparison to Fiona Apple. Not bad for someone who grew up singing in church with her four sisters. 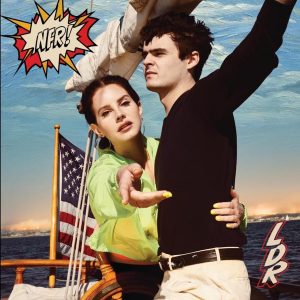 WHO IS SHE? Good question: Although she’s been a major-label pop star and celebrity for nearly a decade, dark-hearted balladeer Lana Del Rey remains something of a cipher — which proves she’s either deeper or shallower than she’s letting on, depending on how you feel about her.

WHAT IS THIS? Her sixth studio release and first collaboration with singer-songwriter-turned-superstar producer Jack Antonoff, who is having a helluva month: He also co-wrote and co-produced Taylor Swift’s Lover and released the debut disc from his latest band Red Hearse.

WHAT DOES IT SOUND LIKE? To her credit, something of a departure and/or evolution that downplays the trip-hoppy noir and hazy pop-rock of previous albums in favour of smouldering piano-based ballads set in Southern California, swirled with psychedelic textures and delivered with a little more confidence than previous outings. What hasn’t changed: Her bleak expletive-laced lyrics, understated vocal delivery and penchant for borrowing (or, depending again on your view, stealing) lyrics and song titles from other artists. 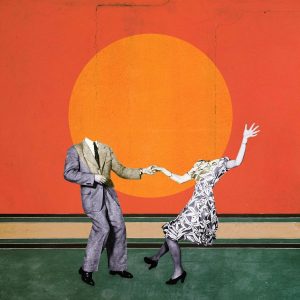 WHO ARE THEY? The Long Beach alt-pop trio you probably know from their funky, quirkily choreographed video for their 2018 breakthrough single Still Feel, which has now been viewed more than 25 million times on YouTube.

WHAT IS THIS? Their long-awaited debut studio album, which wisely features Still Feel, in addition to some other recent singles and several more examples of their idiosyncratic songs — many of which were reportedly penned during a massive songwriting binge in 2015.

WHAT DOES IT SOUND LIKE? Far more lively than its title. Considering the prominent role synths and other electronics play in their sound, it’s refreshing and impressive that they still sound like a band of human beings here. A lot of that is due to their outstanding drummer, who anchors and propels these tracks with irresistible grooves and tasteful fills. And of course, frontman and chief songwriter Josh Taylor gets points for not letting all those machines clog up their stylish tracks or dominate his soulful vocals, strong melodies and hip-hoppy delivery. 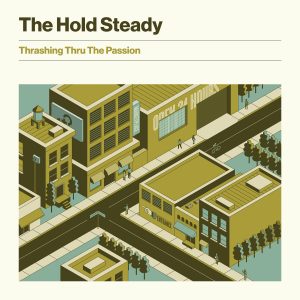 The Hold Steady
Thrashing Thru the Passion

WHO ARE THEY? Your cool uncle’s favourite band — and arguably America’s last great guitar-rock group. Naturally, they live in Brooklyn. Just as naturally, they’re originally from the Midwest — Minneapolis, to be exact, the home of the Twins, Prince and foghorn-voiced Hold Steady singer-guitarist Craig Finn, a guy who looks like he should be fixing your phone or doing your taxes instead of rocking your world.

WHAT IS THIS? Their first album in five years and their seventh studio set of motormouth Finn’s wordy, conversational narratives — set as always to crunchy, punchy riff-rockers. But here’s something new: It’s also kind of a hybrid, with five brand-new songs offset by five cuts the band has released digitally over the last few years.

WHAT DOES IT SOUND LIKE? Their latest in a series of steps toward personal and musical maturity. Over the years, Finn’s razor-sharp songwriting has slowly shifted from tales of druggy decadence to more thoughtful takes on life, love and loss. Meanwhile, his idiosyncratic vocals have improved to the point where they’re no longer a deal-breaker, while his musical palette has expanded with the addition of bold horns, stronger melodies and richer heartland-rock arrangements. 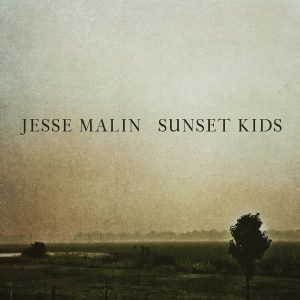 WHAT IS THIS? His excellent eighth solo studio album, which was co-produced by roots-rock queen Lucinda Williams (whom Malin once wrote a song about) and her husband Tom Overby. Williams also co-wrote and sings on some tracks, along with other VIPs like Green Day’s Billie Joe Armstrong and fellow New York indie troubadour Joseph Arthur.

WHAT DOES IT SOUND LIKE? Two artists bringing out the best in each other. Surprisingly so. Both Malin and Williams seem to exist in their own worlds — she once called me at night, out of the blue, several days late for an interview — but here they join forces seamlessly and effectively. Malin turns in sharp songs (including a couple of reworked oldies) and focused performances, while Williams and Overby decorate them with the ragged elegance and twangy haze that grace her work. It’s a win-win-win — for her, him and you. 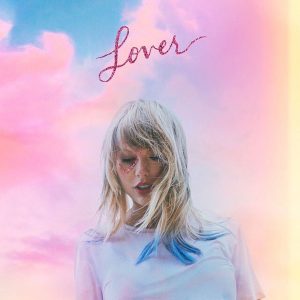 WHO IS SHE? You gotta be kidding. OK, I’ll play along. She’s the squad leader. The pop-chart Queen Midas. The woman who dances like nobody’s watching at every awards show (even though she knows everybody’s watching), and then acts all surprised when she wins a trophy for, like, the zillionth time. What else? Oh yeah; she’s the woman who was voted most likely to rule the world in high school — and pulled it off. She’s the ex who told everyone your most embarrassing secrets after you broke up. And she’s that woman you know who desperately wants to be universally loved — but always seems to be feuding with somebody.

WHAT IS THIS? Her seventh studio album and first release on her new label — which presumably makes it the only one she won’t have to re-record now that nemesis Scooter Braun owns her old masters. (See? Feuding.)

WHAT DOES IT SOUND LIKE? In the musical sense, about what you’d expect — another hour-long juggernaut of unstoppable electro-pop singles expertly crafted by Swift, frequent foil Jack Antonoff and ringers like St. Vincent and Panic! at the Disco’s Brendon Urie. In the lyrical sense, it’s a little more thoughtful and grown-up than much of her earlier work. But it still covers all her usual bases — romantic pop songs about her latest beau, snarky breakup numbers about old ones, topical anthems, confessional ballads, yadda yadda yadda. Not that there’s anything wrong with that. 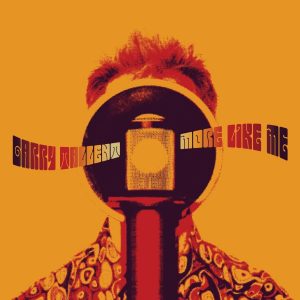 WHO IS HE? The longest-serving member of Bruce Springsteen’s E Street Band, bassist Garry Tallent — “the latest in a long line of Tallents,” as Bruce has quipped in concert — has been backing up The Boss since 1972. Though over the decades, he’s also played with or produced everyone from Sonny Burgess and Steve Earle to Southside Johnny.

WHAT IS THIS? His second solo album and the follow-up to 2016’s likeminded Break Time.

WHAT DOES IT SOUND LIKE? A really good basement band. Or maybe a sideman having some fun on vacation — and staying in practice until it’s time to go back to work. Tallent keeps things light and loose here, cranking out a batch of ’60s-style power-pop and garage-rock nuggets topped with his gruff rasp and personably personal lyrics. 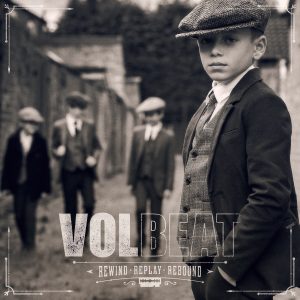 WHO ARE THEY? The long-serving, hard-touring Danish retro-rockers led by singer-guitarist and main songwriter Michael Poulsen.

WHAT IS THIS? Although the title makes it sound like an anthology, Rewind, Replay, Rebound is actually their seventh studio album of new material — but the first whose compound title features neither an ampersand nor a slash (see predecessors like The Strength / The Sound / The Songs, Beyond Hell / Above Heaven and Seal the Deal & Let’s Boogie).

WHAT DOES IT SOUND LIKE? The music Elvis Presley would make if he had been born in the ’80s and fronted a hard-rock band. Not that there’s anything unusual about that: Poulsen’s songs have always bounced back and forth between old-school rockabilly-boogie raveups and arena-sized rock anthems. But this time, he swings straight for the upper deck with sharper riffs and bigger choruses, and more blatantly commercial songs. 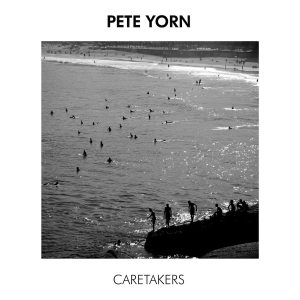 WHO IS HE? The journeyman Brooklyn singer-songwriter and occasional duet partner of Scarlett Johansson.

WHAT IS THIS? His seventh solo studio album, the followup to 2016’s Arranging Time and reportedly his most spontaneous album, with most of the songs being written and recorded off the cuff and on the fly in a series of one-day sessions.

WHAT DOES IT SOUND LIKE? Slightly freer, looser and more experimental than some of his catalogue. Perhaps due to the faster working pace, many of these cuts feel rougher around the edges, with noisier textures, inspired arrangements and more adventurous instrumentation/production bolstering his sleepy vocals.