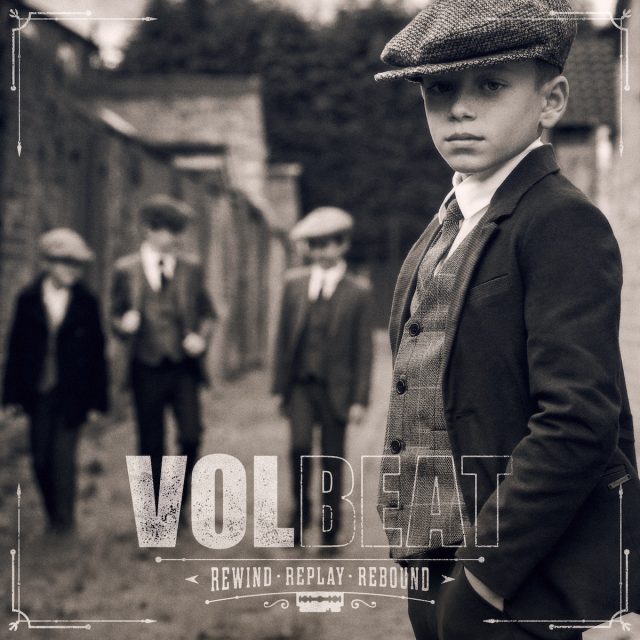 WHO ARE THEY? The long-serving, hard-touring Danish retro-rockers led by singer-guitarist and main songwriter Michael Poulsen.

WHAT IS THIS? Although the title makes it sound like an anthology, Rewind, Replay, Rebound is actually their seventh studio album of new material — but the first whose compound title features neither an ampersand nor a slash (see predecessors like The Strength / The Sound / The Songs, Beyond Hell / Above Heaven and Seal the Deal & Let’s Boogie).

WHAT DOES IT SOUND LIKE? The music Elvis Presley would make if he had been born in the ’80s and fronted a hard-rock band. Not that there’s anything unusual about that: Poulsen’s songs have always bounced back and forth between old-school rockabilly-boogie raveups and arena-sized rock anthems. But this time, he swings straight for the upper deck with sharper riffs and bigger choruses, and more blatantly commercial songs.

WHAT WOULD BE A BETTER TITLE FOR THIS ALBUM? Outrock, Outplay, Outlast.

HOW SHOULD I LISTEN TO IT? While sitting comfortably. As usual, Poulsen and co. give you more than your money’s worth with 14 songs that add up to nearly an hour. And if you get the deluxe edition — which includes a second disc of bonus tracks and demos — the running time swells to 91 minutes.

WHAT ARE THE BEST SONGS? On the rockabilly side, it’s hard to top the Presley-inspired Pelvis on Fire and the Cramps vamp Sorry Sack of Bones. On the heavier side, the driving old-school rocker Die to Live (featuring Clutch’s Neil Fallon and a honking sax) and the shuffling Cheapside Sloggers (featuring Slayer’s Gary Holt) stand out from the pack — although it’s hard not to dig the 38-second pop-punk blast Parasite (no relation to the KISS tune). If it’s solid metal you’re after, you’ll have to hang in until the 13th track, a Metallica-style thrasher called The Everlasting. Insert your own Willy Wonka gobstopper joke here.

WHAT WILL MY FRIENDS AND FAMILY SAY? ‘Does this guy have a split personality or something? Why can’t he just make up his mind and pick a genre? Or at least a decade?’

HOW OFTEN WILL I LISTEN TO THIS? Once you’ve acquired the taste for Volbeat, they’re surprisingly addictive.

IF THIS ALBUM WERE A HAIRSTYLE, WHAT KIND OF HAIRSTYLE WOULD IT BE? A pompadour mullet.

SHOULD I BUY, STREAM OR STEAL IT? Well, you can’t say they don’t deliver plenty of bang for your buck.