Home Read Features Back Stories | My 2008 Interview With Noel Gallagher 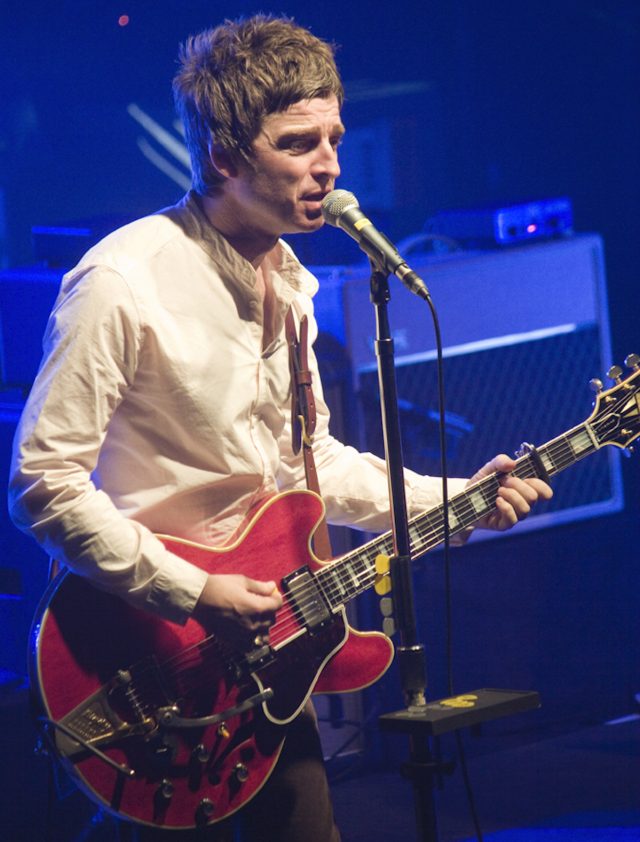 Does it feel like it’s been 10 years since Oasis broke up? Because it has been. Exactly 10 years, as a matter of fact. On Aug. 28, 2009, years of bad blood between battling brothers Liam and Noel Gallagher finally boiled over in a massive backstage row, with the Britrock gods imploding minutes before a gig in France. To mark the occasion, I dug out my 2008 interview with Noel. Want the other side of the coin? You can also find my 2011 interview with Liam and his Oasis/Beady Eye bandmate Andy Bell HERE.

He may not have seen it coming. But Noel Gallagher was still expecting trouble at Toronto’s Virgin Festival.

“I have a bad feeling about it,” the Oasis guitarist posted on the band’s website hours before an onstage assault left him with three broken ribs and forced the Britrock icons to curtail their North American tour.

Despite his injuries, Gallagher — who signs his posts with the fitting handle of General Dread — was back online the next day, discussing the incident with his usual dry humour: “I’ll have to stop this prophesising,” he wrote. “I knew something was going to happen last night. Someone who can only be described as a ‘Canadian’ was able to get onstage, somehow managed to evade our crack security team … and assaulted my mid-riff. Can’t say much more than that as the ‘perpetrator’s’ gonna get the book thrown at him. Repeatedly. It was all going so well up until that point ’n’ all.”

Indeed. When I spoke to Gallagher a few days earlier, the band’s chief songwriter and main mouthpiece was in a playful and cheery mood, weighing on everything from God to scrapping with younger brother Liam — and, of course, the band’s just-released seventh studio album Dig Out Your Soul: 

The new album feels different than the last couple. It’s looser, it’s noisier, it’s messier. How did that happen?
Those are just the songs that we wrote. We’re bound by what we write. And we’re not the kind of band that sits down and makes a decision of, ‘Right, this year, we are gonna mostly be playing reggae.’ We just wrote these songs, and the best ones sounded more trancy and heavy and lent themselves to what you hear on the record. Now, we wrote a bunch of other songs that sound more like what you would commonly call Oasis music, but it just so happened these were the best songs.

That looseness is reflected in the production. There’s lots of background noise. The songs aren’t all clean and neatly broken up. Some of them drift into each other.
That wasn’t a concept. We were just going with it. Though we do write the songs before we go in, the whole feel of it wasn’t thought-out. It just kind of made itself apparent. With (older) stuff like Live Forever and Wonderwall, they lent themselves to being very clean, produced songs, because they’re classic songs, so you’re not going to put a bunch of fuckin’ noise over them just to sound cool.

So the songs on the new CD aren’t classics?
Well, not yet, ’cause it’s not out yet, innit?

But they will be classic songs?
Give it 15 years.

You think it takes that long? That doesn’t sound optimistic.
I am neither optimistic nor pessimistic. I’m not -istic of anything. I’m on the road doing what I do. Other people can be optimistic for it. We don’t set targets. I don’t give a fuck what it does.

One -istic I’ve seen you labeled is atheistic.
I don’t see the hand of God anywhere that I’ve fuckin’ been, let’s put it that way. But maybe I watch too much TV.

Your beliefs seem at odds with the lyrics about the Rapture and other spiritual concepts on the new album.
Well, I do think the Bible is a great story. And I do think religious imagery is fantastic. It makes for great things to write about — angels and devils and all that. But I don’t believe in angels. Metaphorically, you could say that your loved ones are angels. But I don’t believe there’s people in the sky flying around with wings.

Your brother was quoted saying that if he weren’t in Oasis he’d want to be God. I would think that’s reason enough for you to be an atheist.
(Laughs) Well, you know, he is in Oasis, and he thinks he’s God, so he’s having his cake and eating it, isn’t he?

Back to songwriting, it seems that over the past couple of albums you — and maybe this is the wrong turn of phrase — have been letting the other guys have more say and make more contributions. Was that difficult?
Well, it is the wrong turn of phrase. Everybody has always been required to write music in the group. It’s just that the people who were in before didn’t fuckin’ write anything. And Liam has been writing for about eight years, but he’s only just recently got good. I’m not that arrogant that it’s like, ‘I will now let somebody else write a song.’ It’s as much their band as it is mine. If a producer was to say, ‘Noel’s written 12 classics, they’re all going to go on the record,’ I’m sure everybody would go along. By the same token, if I only write a third of the songs on the next album, it doesn’t matter to me. It’s a band. It always was — it’s just that everyone else is a lazy little fucker.

So you’re the guy who shows up and does the work.
Add to that the fact that I’m brilliant — that helps as well.

Talking about Liam again, he recently said that you two don’t talk much. And seeing you on this tour, there didn’t seem to be any interaction. Is that the way that it feels to you?
Well, what’s to say? I’ve known him for all his life. Put it this way: When I haven’t seen him for three months, I ask him what he’s been up to and how his kids are and blah blah blah. But when you see us on the road, we’ve been together rehearsing for seven weeks, so I know what he done last night, ’cause I was fuckin’ with him. I don’t really have a great deal to say to anybody about anything. I’m a loner.

Over the years, both of you have acquired reputations as tough guys. Are you?
You don’t expect me to say yes, do you? That would be ridiculous. I’ve got an opinion on almost everything. And I know who I am. And I stand up for what I believe in. That’s it.

But you and Liam have had your share of fights.
Oh, yeah.

Why is that? He’s wised up?
Um, there’s enough conflict in the world right now.