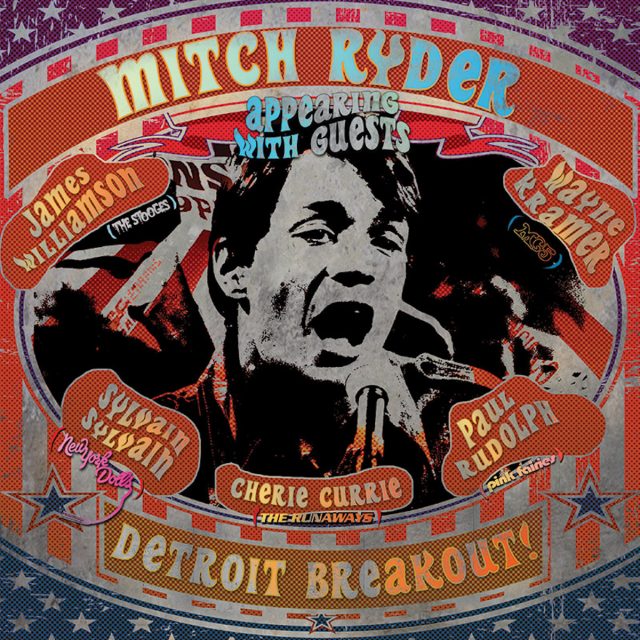 WHO IS HE? The original Motor City Madman and frontman of the Detroit Wheels whose rock ’n’ roll resume includes bar-band standards and soul-powered classics like Devil With the Blue Dress On, Jenny Take a Ride, Sock It To Me Baby and Little Latin Lupe Lu.

WHAT IS THIS? One of those self-tribute albums where an elder statesman recruits a roster of contemporary rockers and acolytes to recreate some of his classics. In this case, the 74-year-old Ryder welcomes a diverse cast that includes Stooges guitarist James Williamson, MC5 fretboard revolutionary Wayne Kramer, Runaways singer Cherie Currie, New York Dolls axeman Sylvain Sylvain, Johnny Thunders’ Heartbreakers sidekick Walter Lure and Linda Gail (sister of Jerry Lee) Lewis, along with a host of lesser-known blues artists.

WHAT DOES IT SOUND LIKE? Not like what you expect: Aside from an opening romp through Devil With a Blue Dress On, Ryder ignores his own hits to cover a bizarre myriad of tracks — everything from The Capitols’ Cool Jerk, The Monkees’ (I’m Not Your) Steppin’ Stone and The Standells’ Dirty Water to Otis Redding’s (Sittin’ On) The Dock of the Bay, Roy Orbison’s Dream Baby (How Long Must I Dream), Sam Cooke’s Twistin’ the Night Away and even Jim Croce’s Bad Bad Leroy Brown.

WHAT WOULD BE A BETTER TITLE FOR THIS ALBUM? Mitch Ryder Sings Some Great Songs He Never Wrote. And Some Not-So-Great Ones.

HOW SHOULD I LISTEN TO IT? While giving him the benefit of the doubt: Despite the left-field lineup and set list, the gravel-throated Ryder mostly rises to the occasion here, delivering some solid performances that are more consistent, animated and committed than anything he’s done in years.

WHAT ARE THE BEST & WORST SONGS? His turbo-charged take on The Sonics’ Have Love, Will Travel — featuring Canadian-born Pink Fairies guitarist Paul Rudolph — is a monster; Dirty Water finds him throwing a noisy garage-rock bash with Sylvain; Steppin’ Stone mines a darker vein thanks to Lure. Pity things fizzle and trail off toward the end; the final few tracks featuring Joe Louis Walker and Linda Gail Lewis are bluesy, soulful numbers that feel like leftovers from a different album.

WHAT WILL MY FRIENDS AND FAMILY SAY? ‘Mitch Ryder still makes albums?’

HOW OFTEN WILL I LISTEN TO THIS? The first half will get some solid action. The back half, not so much.

IF THIS ALBUM WERE AN ’80S MOVIE, WHAT MOVIE WOULD IT BE? Cocoon — but featuring punks instead of aliens.

SHOULD I BUY, STREAM OR STEAL? Buy the best tracks, skip the rest.