Everybody loves to travel. But at the end of a nice, long trip, there’s nothing better than waking up back at home in your own bed again.

Los Lobos understand that as well as anybody. Which is why, after releasing nearly a dozen albums in their 25-year recording career — and after spending the last few of those years exploring more experimental sonic terrain and flirting with solo careers and side projects — the Chicano-rock pioneers from East L.A. have returned to their barrio-rock roots for their latest disc Good Morning Aztlán.

A welcome return it is. The back-to-basics Good Morning Aztlán is the simplest, most straightforward album the Lobos have made since their 1990 release The Neighborhood. Not surprisingly, in some ways it’s also their most appealing and satisfying offering since then. Gone are the atmospheric sonic constructs and textured, murky production of Mitchell Froom. Gone is the nagging suspicion that some of the bandmembers were holding back their best tunes for their solo albums. Here, you get the feeling that once again with Los Lobos, it’s all for one and one for all — but what really comes first are the songs. 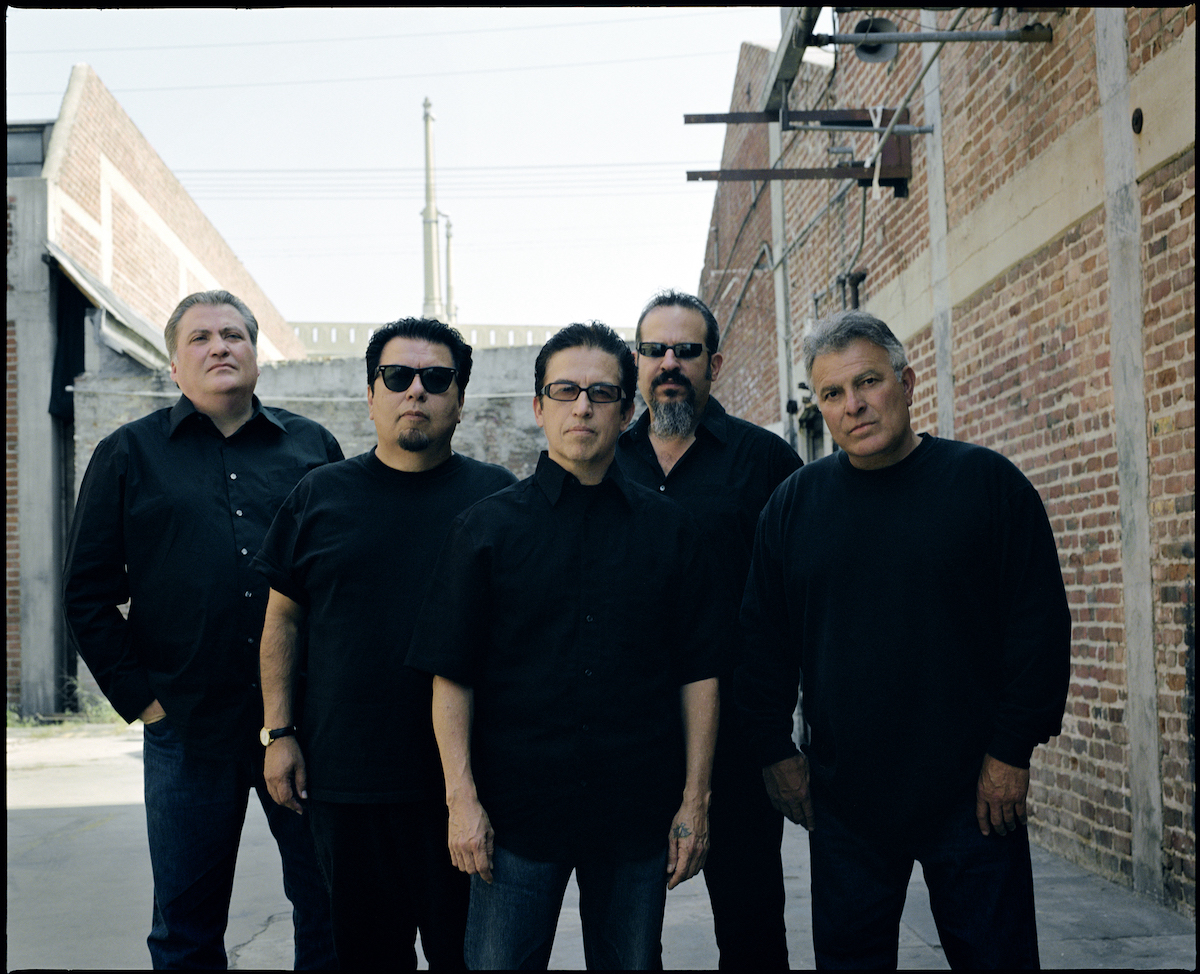 From start to finish, Good Morning Aztlán has some doozies. Done Gone Blue kicks off the party with a sizzling barnburner worthy of Stevie Ray Vaughan. Hearts of Stone has a soulful, Stonesy R&B groove offset by a stabbing Santana-style solo. The nostalgic Luz de Mi Vida (Love of My Live), the strummy Malaqué and Maria Christina mine passionate, seductive Latin grooves. The title cut is a bluesy country-rock two-step with a guitar that crunches like a tortilla chip. The Big Ranch digs deep into some rustic roots-rock reminiscent of The Band in their prime. The Word, believe it or not, takes a side-trip to the ’70s soul of Curtis Mayfield, right down to the wah-wah guitars, flutes and conga drums. Get To This shakes its groove thang to a some truly skronky, bottom-heavy funk. What In The World is a gently grooving slice of ’50s soul. Finally, Round & Round wraps things up with a dreamy, swirling vocal and hypnotic arrangement that’s as soothing and cool as the underside of the pillow.

If it sounds like a wildly eclectic menu, well, it is. But the quality of the songwriting remains consistent — nearly all these tracks feature strong choruses and catchy hooks. Likewise, the band and veteran producer John Leckie take a no-frills approach, giving these songs exactly what they need and nothing more. Most of these tracks sound as if they were recorded live — and were meant to be played live. Speaking of which: The disc comes with a bonus CD containing two previously unreleased live recordings and a 10-minute documentary on the band.

So welcome back, boys. To our homes — and your own.