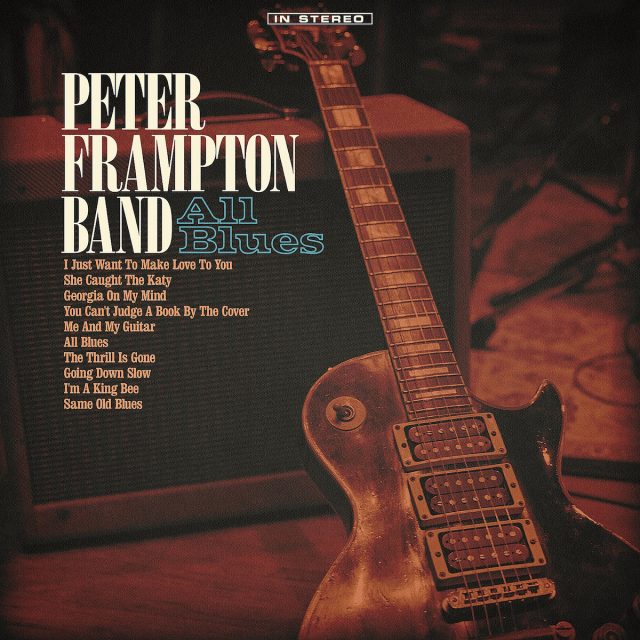 WHO IS HE? The former Humble Pie guitarist, talk-box aficionado and mega-selling ’70s arena-pop heartthrob who spent decades slowly rebuilding his musical credibility — only to be diagnosed recently with Inclusion Body Myositis, a progressive muscle disorder characterized by muscle inflammation, weakness, and atrophy.

WHAT IS THIS? His 17th album, released to coincide with his forthcoming farewell tour. That might explain why he has the blues.

WHAT DOES IT SOUND LIKE? Exactly like what the title says: It’s a 10-track set of 12-bar standards dominated by Frampton’s sterling, fiery fretwork and peppered with cameos by singer Kim Wilson and guitarists Larry Carlton, Sonny Landreth and Steve Morse.

WHAT WOULD BE A BETTER TITLE FOR THIS ALBUM? Back to The Blues.

HOW SHOULD I LISTEN TO IT? With appreciation for the fact that so far, his condition doesn’t seem to have affected his skill set in the slightest.

WHAT ARE THE BEST SONGS? It’s pretty hard to step wrong when you’re covering Muddy Waters, Howlin’ Wolf, Taj Mahal, Freddie King, B.B. King and the like — though he also deserves bonus points for tackling Miles Davis’s All Blues.

WHAT WILL MY FRIENDS AND FAMILY SAY? ‘If he’s going out, at least it’s with a bang.’

HOW OFTEN WILL I LISTEN TO THIS? More often than you’ve listened to his last several albums.

IF THIS ALBUM WERE A TABLE, WHAT KIND OF TABLE WOULD IT BE? A solid, stable number made from dark, rough-hewn wood.

SHOULD I BUY, STREAM OR STEAL? Pay up. He’s earned it.