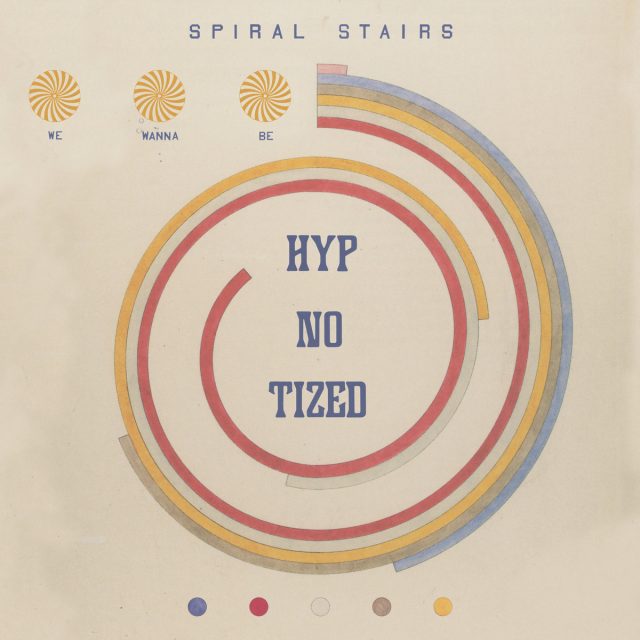 No matter how hard they try, Pavement co-founders Stephen Malkmus and Scott Kannberg just can’t get away from each other. Last week, the former released his latest solo set, the electronica-based outlier Groove Denied. This week it’s the latter’s turn as former childhood pal and bandmate Kannberg drops his third Spiral Stairs set (and fifth post-Pavement release overall) We Wanna Be Hyp-No-Tized. Kannberg — who always seemed like the mellower yin next to Malkmus’s idiosyncratic yang — has described this one as a “feel-good album.” And man, he isn’t kidding. Despite the title, nobody’s getting sleepy here. From stem to stern, this 10-song disc keeps the mood light and bright, the beats big and bouncy, and the songs simple and pitched straight over the plate. Bolstered by a solidly propulsive rhythm section, punchy horns, strong backup vocals and squirrelly sonics, Kannberg toggles between scrappy guitar-based indie-rock, obliquely angled post-punk and eccentric alt-pop. When he isn’t darkly grumbling, barking and drawling nasally like a strange cross between Bob Dylan, Robyn Hitchcock and Mark E. Smith, he’s cutting loose with searing, soaring six-string solos. “What’s wrong with this picture?” he asks midway through the disc. Not a damn thing, dude.