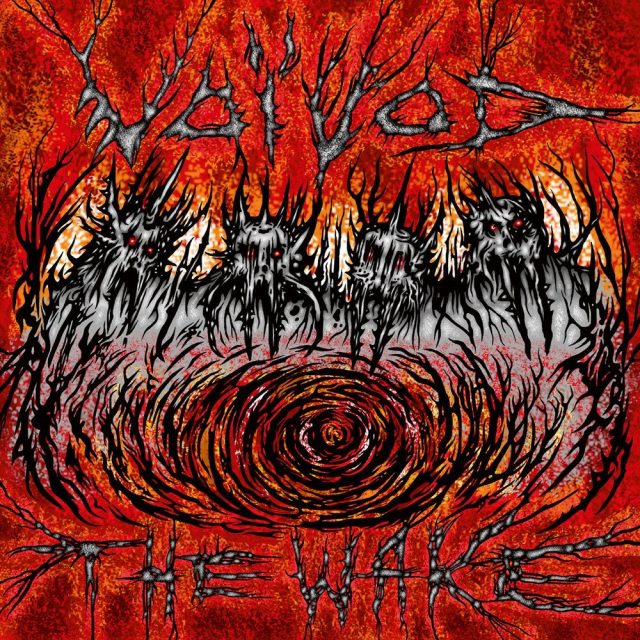 Stop me if you’ve heard this one before: An alien spacecraft that has lain dormant on the ocean floor for millions of years suddenly powers up in response to signals from deep space, rises from the seabed and begins sending out psychotronic waves that threaten to enslave a human race that has become perilously addicted to technology — but one lone rebel may hold the key to saving our planet and our species. Nope, it’s not the plot to the next Tom Cruise sci-fi epic (though I wouldn’t be surprised if it were). It’s the storyline of The Wake, the 14th studio album from Quebec prog-thrash vets Voivod. And on the off-chance their War of the Worlds-on-steroids narrative didn’t make things patently clear enough, allow me to spell it out for you: It’s a massive, mighty mother-monster of an album. Easily their most ambitious, detailed and fully formed work in years. If not their entire career. And yeah, I know that’s really saying something. After all, these guys were cranking out hyper-complex sci-fi epics about disaster, chaos, war, religion and killing technology back in the ’80s. Still, it’s been a while since they attempted anything on this mammoth scale. And given the tumult of their recent past — the 2005 death of guitarist Denis (Piggy) D’Amour, followed by the return and re-departure of bassist Jean-Yves (Blacky) Thériault — it’s understandable. But now that they’ve finally got some hard-won internal stability again — guitarist Daniel (Chewy) Mongrain is marking a decade in the ranks, while bassist Dominique (Rocky) Laroche is coming up on five years — they seem ready, willing, able and more importantly eager not only to live up to their illustrious past but also propel themselves forward into the future. The Wake does both. Equal parts return to form and game-changing upgrade, this features all the essential Voivod touchstones and landmarks — frontman Denis (Snake) Bélanger‘s grim dystopian lyrics, drummer Michel (Away) Langevin‘s intricate stickwork, dissonant free-jazz chords, prime-number time signatures, shape-shifting arrangements, dashes of classical fare, and so on. But it also raises the bar with its focused narrative, cinematic dialogue, orchestral-score flourishes, moodier moments and more disciplined pacing. The approach culminates in album closer Sonic Mycelium, a 12-minute excursion that is the second-longest song they’ve ever written. Bottom line: You haven’t heard anything quite like The Wake before.