Home Read clipping. | There Existed An Addiction To Blood 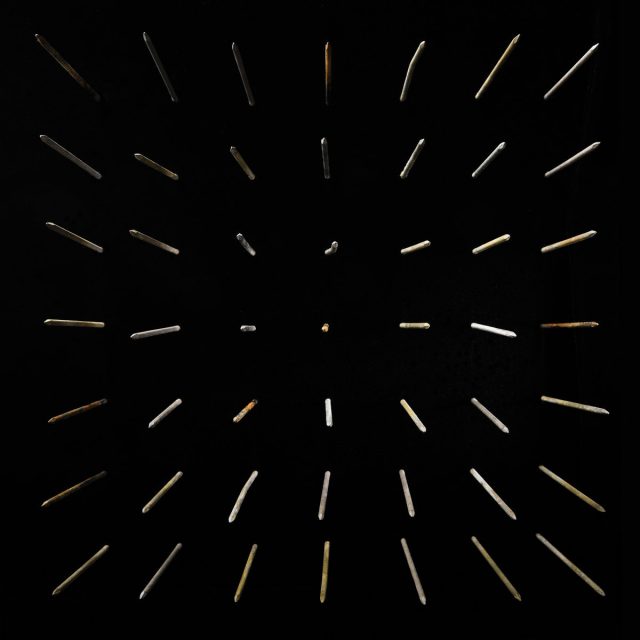 WHO ARE THEY? The experimental underground Los Angeles hip-hop trio of rapper Daveed Diggs — better known for his acting roles in everything from Hamilton to The Unbreakable Kimmy Schmidt — and producers William Hutson and Jonathan Snipes.

WHAT IS THIS? Their third studio outing in five years is also a deeply creepy, multi-layered concept album inspired both by the horrorcore rap of acts like Geto Boyz and Gravediggaz, and bloody ’70s cult movies like Ganja & Hess.

WHAT DOES IT SOUND LIKE? On the surface, these skittery beats, ominous basslines, plinky keyboards and gruesome tales could be the soundtrack to an independent horror movie. Dig deeper and it’s impossible not to see that these depictions of looming danger, relentless terror and sudden violent death are also the story of contemporary African-American life.

WHAT SHOULD IT BE TITLED? Black and White and Dead All Over.

HOW SHOULD I LISTEN TO IT? With all the lights on and your back to the wall. Alternatively, you could play it on Halloween to scare the bejeezus out of young trick-or-treaters.

WHAT ARE THE BEST SONGS? Tellingly titled creepshows like Nothing Is Safe, He Dead, Club Down and Run For Your Life.

WHAT WILL MY FRIENDS SAY? ‘If this isn’t nominated for multiple Grammy Awards, there is no justice in this world.’

HOW OFTEN WILL I LISTEN TO THIS? Plenty — it’s not only one of the most sonically and stylistically distinctive rap albums of the year, it’s also one of the most politically potent and relevant. And a disc that exposes most current rap for the meaningless, one-dimensional drivel it is.

IF THIS ALBUM WERE A DRUG, WHAT DRUG WOULD IT BE? Bath salts spiked with PCP.

SHOULD I BUY, STREAM OR STEAL IT? It’s your turn to pay.