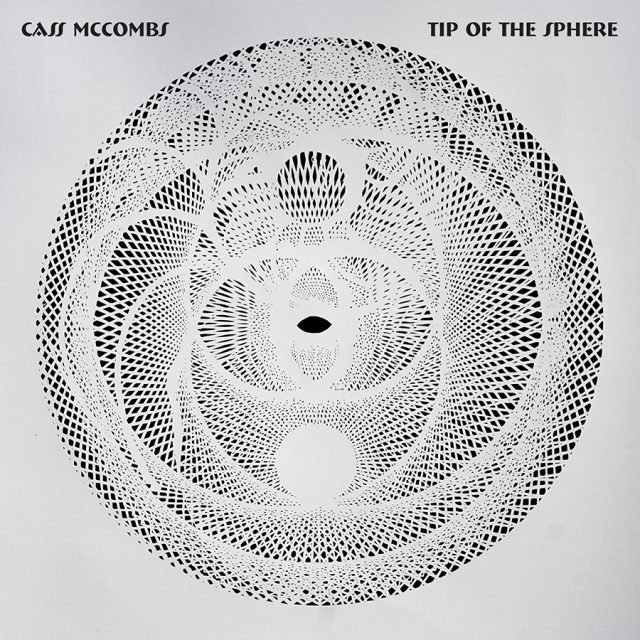 Some artists write songs that make the whole world sing. Cass McCombs writes songs that could make the whole world shut up and listen — if he could get that many people to hear them. He most assuredly deserves to. Over the course of 16 years, eight albums and one Ellen appearance, the dusky California troubadour has quietly earned a well-deserved reputation as one of the finest and most individual songwriters working today. His typically rich and deep ninth release Tip of the Sphere is only going to cement that stature. Thing is, it’s equally likely to ensure that he remains one of the best-kept-secrets in indie rock. For better or worse. The explanation is no big mystery, though it might seem so on the surface. After all, in many ways this 11-song offering comes off as one of McCombs’ stronger and more accessible discs. It’s dominated by upbeat tunes that recall classic-rock forebears like The Grateful Dead, Bob Dylan, Lou Reed and Dire Straits. It has some serious headnodding grooves. It even delivers some searing guitar solos. But as always, McCombs’ idiosyncratic, stream-of-consciousness approach — hooks, choruses and vocal melodies nearly always take a back seat to mood, tone and texture — ultimately offers little in the way of instant gratification for the short-attention-spanned masses. Instead, his style rewards repeated listening, with loosely structured songs that disclose their meanings and motives gradually over the course of time. That’s a great way to win over listeners one by one. But it does mean it’s going to take him a little longer to win over the rest of the world.