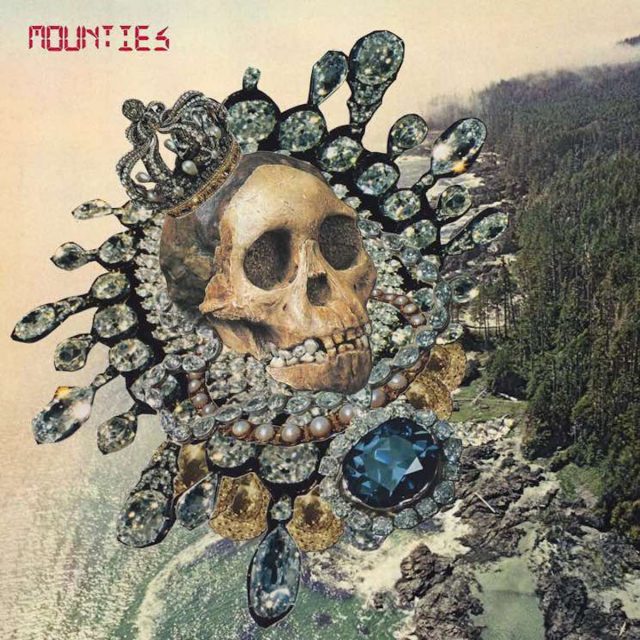 Talk about a musical ride. For their long-overdue sophomore album, Canadian alt-supergroup Mounties — the twisted triumvirate of merry musical pranksters Hawksley Workman, Hot Hot Heat’s Steve Bays and Limblifter’s Ryan Dahle – suit up, saddle up, spur each other on and head for the hills — right before they gleefully gallop straight off the edge of every artistic cliff they can find. Picking up where their acclaimed 2014 debut Thrash Rock Legacy left off, the arresting 15-song Heavy Meta presents a gloriously skewed mish-mash of sounds and styles. Glam-slam epics and psychedelic flights of fancy, twisted pop clangers and electro-rock bangers, reggae-rhythmed grooves and gleefully noisy outbursts, full-group collaborations and one-man-band home recordings — they’re all here, they’re all festooned with idiosyncratic tones, textures and lyrics, and they’re all gleefully strung together into a multi-coloured, vividly vibrant creation so wonderfully weird, wild and woolly it makes the freakiest Flaming Lips album seem as banal and bland as The Carpenters. So you’d best surrender now. After all, you can run but you can’t hide. They’ll get you, man.