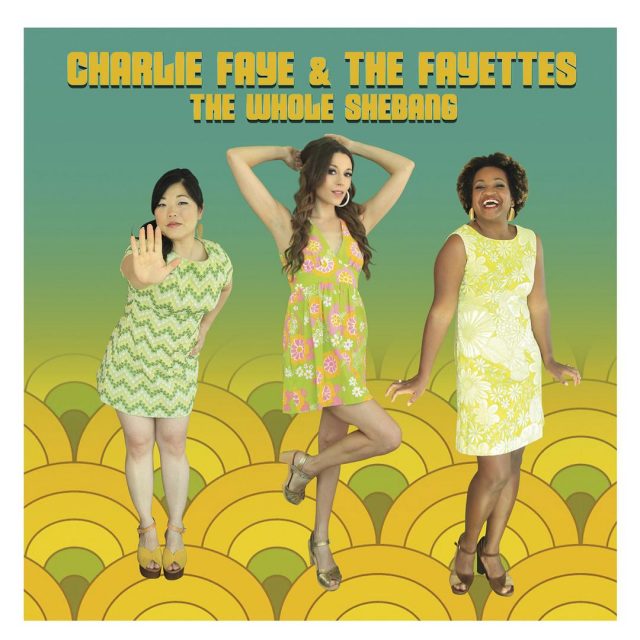 Even nostalgia needs an update every now and then. And who better to bring classic girl-group pop into the modern world than Charlie Faye and The Fayettes? They’ve already shown they know their way around the past — with their 2016 debut album, the Texas trio declared and displayed their devotion and dedication to the old-school melodies, sweet harmonies and Spector-style sonics of the Shindig-loving ’60s. But that was then and this is now. And a lot has happened in the last three years. For better and worse. So with their sophomore album The Whole Shebang, Faye and co. nudge the clock forward with everything from the empowered lyrics of self-explanatory songs like I Don’t Need No Baby to the new wave trappings of the catchy call-to-arms You Gotta Give It Up (Party Song). Granted, there’s still plenty of retro and romance to go ’round — along with no shortage of throwback brilliance from VIP veterans like longtime Attractions drummer Pete Thomas and onetime Commander Cody guitarist Bill Kirchen. But amid all the vintage rock ’n’ roll, soul-pop and doo-wop, the signs of evolution and revolution are undeniable. And irresistible. So give it up and join the dance party already.