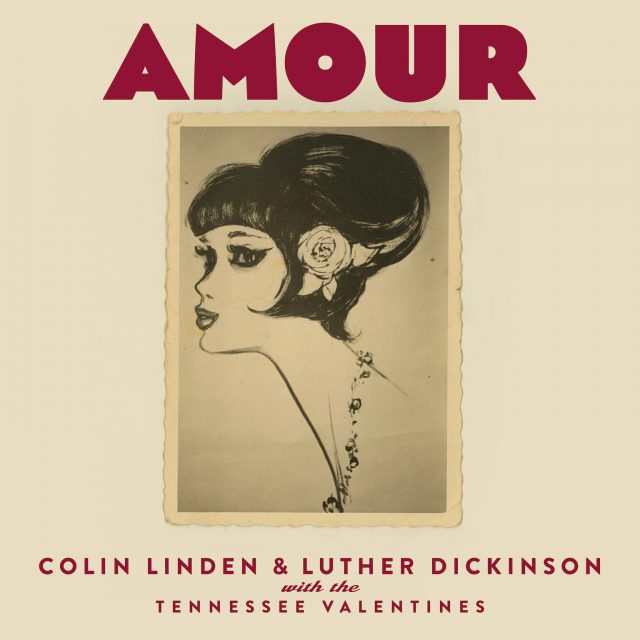 Amour isn’t a bad title. But Mutual Admiration Society might be a better one. Or at least a more accurate depiction of this genteel joint effort spearheaded by Blackie and the Rodeo Kings slide master Colin Linden and North Mississippi Allstars guitar-slinger Luther Dickinson. Putting their heads, hands and hearts together for the first time on this 10-song disc, the two bluesmen show big love for romantic standards from the Americana songbook. It’s an earnestly earthy assortment, encompassing jumpin’ juke-joint blues (Jesse Stone’s Don’t Let Go), slow-drag R&B (Jimmy Reed’s Honest I Do), country (Ray Price’s Crazy Arms), hillbilly folk (the traditional Careless Love), rockabilly (Billy Swan’s Lover Please, sung by the man himself) and more. Also in its favour: Linden’s lively underproduction eschews slick studio perfection for rough ’n’ tumble authenticity — not to mention plenty of reverb and slapback echo that leaves these tracks sounding as warm and fuzzy as a comfortable old sweater. Surprisingly, it doesn’t turn into the blues-master bromance you might expect. Linden and Dickinson’s dual guitars never end up duelling, preferring to leave plenty of room for vocalists from Linden and Swan to Ruby Amanfu, and the tasteful work of their ragtag Tennessee Valentines, a loose band of first-call Nashville sidemen and session cats (including a few vets of Jack White’s solo band). Their generosity is admirable — but depending on your view, it’s also one of the disc’s few drawbacks. While cuts like Don’t Let Go and Bo Diddley’s Dearest Darling kick up their heels enough to remind you of Ry Cooder or Lyle Lovett’s feistier moments, there aren’t quite enough of those barnburners to balance out all the soulful seductions and atmospheric ballads. There is such a thing as being too nice, you know.